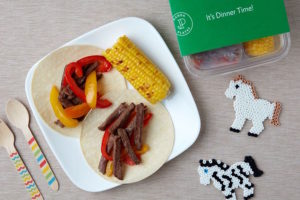 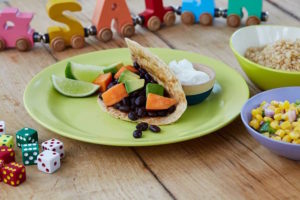 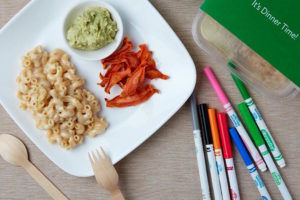 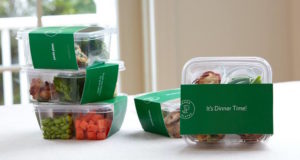 Joanna Parker couldn’t fall asleep one night. Like a lot of other moms, she was struggling to find the time and creativity to get her three kids to eat their dinner. Her husband, David, a self-described serial entrepreneur, suggested she ask around to see if other moms were having the same troubles. “I posted in a group on Facebook asking if this was a problem for others and if they’d be interested in my cooking and delivering dinner for their kids,” she says. The response was a resounding yes, so about a year ago, Joanna started cooking, packing and delivering dinner for 20 New York families, all strangers.

She garnered even more interest the the following week. Twenty clients turned into 60 after she built a website and officially launched Panda Plates, a meal delivery service for busy parents. It wasn’t long before Joanna needed to create a waiting list because she was the only one cooking and delivering the meals. Three months after launching the website, she hit pause to hire a team of 12, design new packaging and build out a commercial space in Edison, New Jersey. Since re-launching this past June, requests from families in Florida, California and Chicago have come through—a significant sign since the operation’s marketing is exclusively by word of mouth.

You may be wondering how a woman who didn’t seem to have the time to prepare meals for her own children decided to cook for 20 more families. Parker called upon her background in product development for Macy’s to solve a dinnertime problem that clearly plagued other families as well. “At the time, I was a stay-at-home mom. It came to me that if this is a challenge for stay-at-home moms, then I can’t even imagine what a challenge it must be for working moms, too.” So, she reinvented the meals that worked with her own kids, transforming chicken nuggets into chicken “pops,” baking pizza in a cupcake tin and even calling black bean burritos “cigars.” For example, one of their summertime menu items (options change weekly) is a dairy-, soy- and egg-free hamburger on a whole-wheat bun with zucchini fries. A meal, which is delivered in a partitioned plastic container, costs between $9.95 and $10.95, plus a weekly delivery fee that covers the courier service that brings meals to customers’ doors.

No matter the kind of meal or number of meals per week, though, Joanna insists that the presentation really is everything. “The cupcake shape is more fun for kids. I had one mother comment on how her kid never ate steamed broccoli until Panda Plates. We really hadn’t done anything special, it was just the fun new packaging and presentation that excited the child.”

Education is an important component of the Panda Plates experience, too. Every dish is accompanied by a meal card that has instructions on how to heat the meal, a message from Joanna, some sort of interesting food-related fact and a “Panda Pal”: Aka a funny, cute note for the kids. The company wants to increase this educational value of their meals, adding links on the website to learn more about the ingredients, where they’re grown and their nutritional impact. This fall, they’ll also launch an “Around the World” theme, featuring a new food from a different country, including piri-piri chicken, Hungarian beef goulash, Korean BBQ chicken and Turkish chicken skewers and a map where kids can locate the country and learn more about the culture. In addition to these bells and whistles, Panda Plates plans to hone in on the Eastern Seaboard in 2017, growing their business between Washington, DC, and Boston.