On the Origin of Entrées

Chapter One is cooking up American suppers steeped in history. 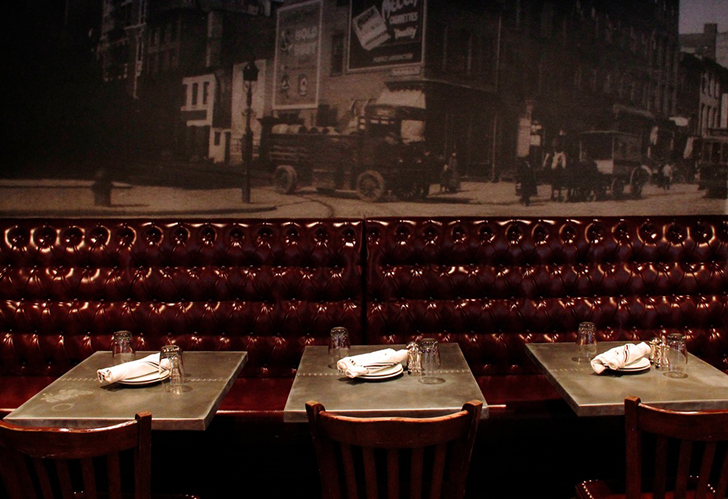 For those who like to know the story behind their food, the West Village’s Chapter One is taking it to a whole other level. In a recently inaugurated monthly “Heritage Dinner” series, they’re digging into American history to bring diners culinary treasures from eras past.

The historical hook is the brainchild of chef Warren Baird, who sous-cheffed at Esca and has been at the helm of the self-styled “American tavern” since it’s inception last May. Each course of the Heritage Dinners comes with sides of historical commentary when Baird steps out in his chef’s whites to entertain and inform with anecdotes on the various dishes.

The Sunday series launched with a meal of the South that displayed Baird’s Southern culinary exposure — in addition to his training at Johnson & Wales when it was in Charleston, SC, he worked the full restaurant circuit in Charlotte, NC, before making his way north. The suppers have since journeyed way back to early-17th-century Plymouth with a Colonial Harvest Dinner in November, followed by a jump to 1920s NYC with a Prohibition dinner in December.

If you’ve missed out thus far, you can still make this January’s feast themed “19th Century New Orleans: The Center of the Culinary Universe,” which aims to deliver a cuisine as complex and intriguing as the “political, cultural and economic influences” in 1800s NOLA. Look forward to enjoying Oyster Loaf (while learning how it got its sobriquet “The Peacemaker”) as you await a family-style main course of Stuffed Chayote Squash with Shrimp, Crab and Ham alongside Gumbo Z’Herbes with “Chicken, Beef, Andouille and Everything Green.”

Beyond history, though, the theme here is homey. Among the diverse American offerings on the menu, Chapter One wants to be clear that pretension is not one of them.