Malibu Farm’s California Cuisine Warms Up Fall in the Seaport

Their new fall menu is big on seasonal items that are vegetable-forward. 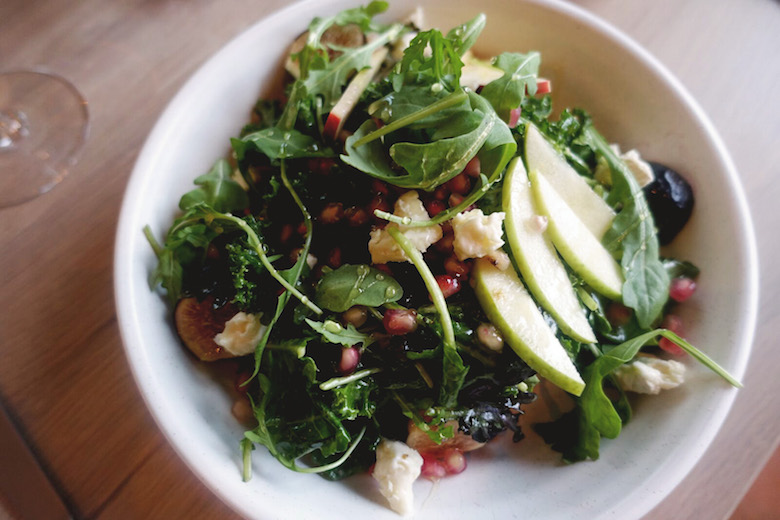 The only East Coast outpost of California-born mini-chain Malibu Farm is located way downtown in the South Street Seaport area, where with a view of the Brooklyn Bridge one can pretend to be far, far away through founder Helene Henderson’s seasonal cuisine. From a Vegan Chop with kale, romaine, butternut squash, purple beet, avocado, garbanzo beans and red wine vinaigrette to Cauliflower Crust Pizza with mozzarella, heirloom tomato, pesto, arugula and roasted cauliflower to Salmon Nicoise with arugula, kale, capers, olives, purple potato, purple egg, green beans, tomato, and olive dressing, it’s a go-to spot for fresh flavors that have just been revamped for the fall season.

Henderson, who’s originally from Sweden, founded the restaurant at her Malibu, California, farm—hence the name—after starting to cook professionally as a caterer in the mid-’90s. She still lives there with chickens, a pig, sheep, bees, goats, and dogs, grounding the now seven-restaurant-strong brand in its name origin.

While there are many, many vegetable-forward options for diners here, in true California style, all diets are accommodated from brunch through dinner. Gluten-free, vegan, vegetarian, pescatarian, and omnivorous diners alike will find something—mirroring the fact that basically every subway line will get you here via Fulton Street.