Chef Gerardo Gonzalez brings his sunny California disposition to the fore with sweet nods to his Mexican heritage and global explorings. 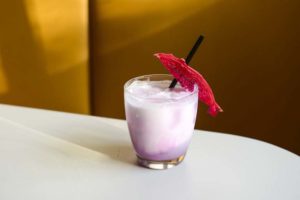 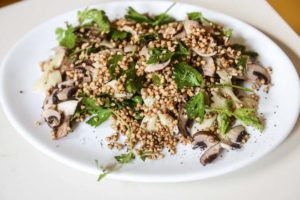 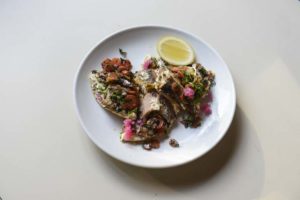 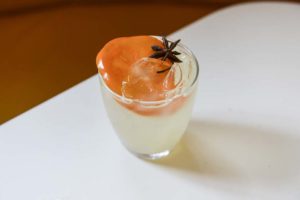 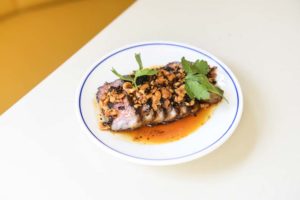 Lalo has graced Chinatown on a rather odd corner, giving diners an excellent reason to go somewhere they might not otherwise.

The former El Rey chef Gerardo Gonzalez brings his sunny California disposition to the fore with sweet nods to his Mexican heritage and global explorings. “It is the type of Californian Mexican food I grew up eating with major international influences,” says Gonzalez. “The food at Lalo is my way of tracing roots of Latin cuisine to the traditional and connecting to old-world influences, be it the Middle East, Asia or the Mediterranean.”

With 50 seats, a bar with porcelain penny tiles and a small window at the back to peek into where the magic happens, the space feels slightly otherworldly. For the decor they wanted exactly that: something a little sparse with just the right fondling of design. And so Gonzalez says they brought in contemporary and mid-century Mexican art and artists: “We wanted to explore modern Mexican aesthetics without using typical cultural references or images.”

But Lalo’s design is, as most things are these days, a collaboration between the partners as well as Fabiana Faria and Helena Barquet, owners of cult favorite Lower East Side homeware boutique Coming Soon. As a nod to the legendary former tenants (which include Winnie’s Bar & Restaurant, the Recess Bar & Restaurant, Happy’s Bar and the Red Horse Bar), the exterior of Lalo remains unchanged. Once you’ve taken in all these simply beautiful details, it’s time to dive deep into a tightly packed menu. 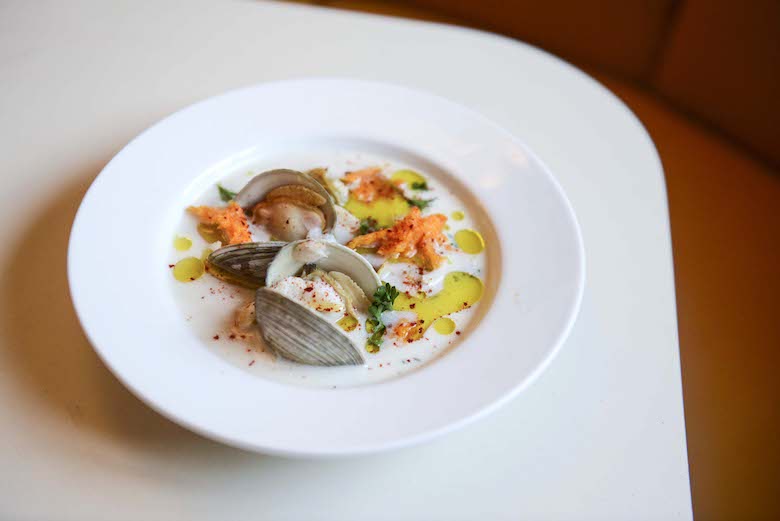 The chef, Gerardo Gonzalez, brings his sunny California disposition to the fore with sweet nods to his Mexican heritage and global explorings.

For dinner, there are dehydrated chile strawberries that have had the Aleppo pepper and sumac treatment before being smoked in a salt and plum sauce. A toasted kasha salad with lemon segments and raw crimini is a welcome addition to the table, alongside the housemade tortilla carnitas (don’t choose, just have them all). If you have one thing, because you’re like that, just have the hominy and charred octopus with burnt almond mole.

The baker Lexie Smith makes her statement with a sweet plantain pie (think turmeric meringue) but will bowl you right over completely with her “Sweet Bikini,” or a caramelized Japanese bread with parsnip puree and goat milk caramel.

“I think the beverages definitely expand on the idea of the food and dessert,” shares Gonzalez. “The beverages, created by Anna Morris, reflect a grown-up approach to flavor combinations of sweet, savory, salty, sour and spicy. The wines, selected by Alex Alan, play with new and old methods, as well as delve into Spanish and “New Spanish” (California, Mexico) regions.