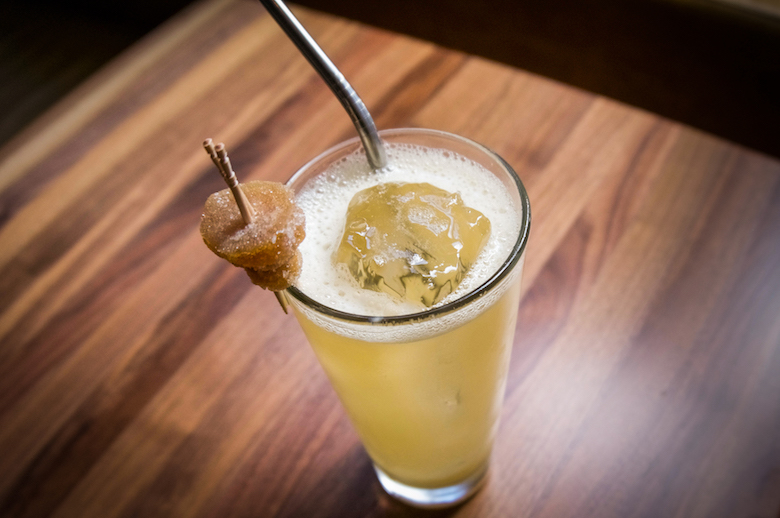 Sippel broke off from the ever-cool three Michelin-starred Chef’s Table at Brooklyn Fare’s Manhattan project in 2014 and has since then spent his time quietly developing a menu.

Italienne was certainly a most awaited restaurant before it opened last month in Flatiron. It’s a first for chef Jared Sippel who’s formerly of the James Beard Award-winning Frasca Food and Wine in Boulder and three-Michelin starred Quince in San Francisco—and hopefully not his last.

Sippel broke off from the ever-cool three Michelin starred Chef’s Table at Brooklyn Fare’s Manhattan project in 2014 and has since then spent his time quietly developing a menu, traveling to Europe for research while taking his entire team along. “The concept is inspired by the ristorantes and tavernas in Italy,” says Sippel. “Many families own an upscale ristorante for dining as well as a casual taverna centered around wine and small bites. They play off of each other.”

And so that’s just what he did: a casual front room with a bar area to watch people, plus a back room that’s gorgeous and a little more elevated. “We were initially looking at smaller spaces with only the prix fixe four course in mind and around 50 seats,” says James King, Italienne’s proprietor. “We saw the space and loved the good juju. It used to be the cutting room, then it was a live music venue. All in all it comes with some good ghosts. The larger spaced spawned the taverna concept.”

“Italienne is the French word for Italian and spawned from Jared’s experience in both France and Italy,” says King. “Our food and drink menus reflect both French and Italian cuisine and culture, specifically northern Italy and southern France. Something like the heart and soul of Italian, with French refinement.”

The art nouveau-inspired design is obvious from the lettering and font of the name, to the design touches inside this space that’s just off Madison Square Park. “Jack Baum from Treehouse Design was the designer,” adds King. “He asked us about areas of inspiration and had us make a Pinterest page for design inspiration. He took it from there and did an amazing job.” And so there are Demijohns as lights, limestone walls, zinc everywhere that’s appropriate, Carrara marble bars, reclaimed oak wainscoting and ceilings. And the walnut butcher block tables and floor not to be missed. 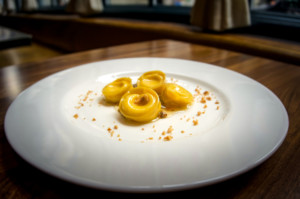 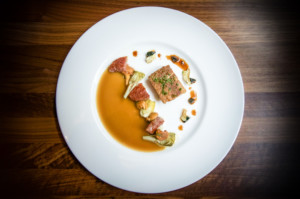 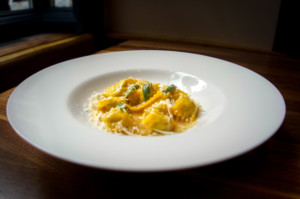 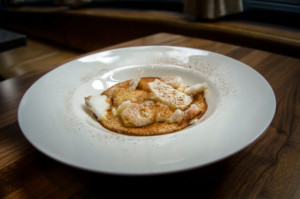 The quiet dining room will exclusively feature Sippel’s refined four-course tasting menu (with choices for each course that range from interesting meats to sustainable fish), and products such as cabillaud (French cod from the Mediterranean), and milk-fed poularde (hen) raised specifically for Italienne by a farm in PA are also around for the taking.

“We smuggled savon de Marseille and olive boards back from Provence and used them in the restaurant,” says King. “The idea was rustic elegant: similar to the old Relais and Chateaux properties and wineries throughout France and Italy. We use natural materials that wear well over time so the place feels lived in, warm and inviting but retains its feel of quality and attention to detail.” 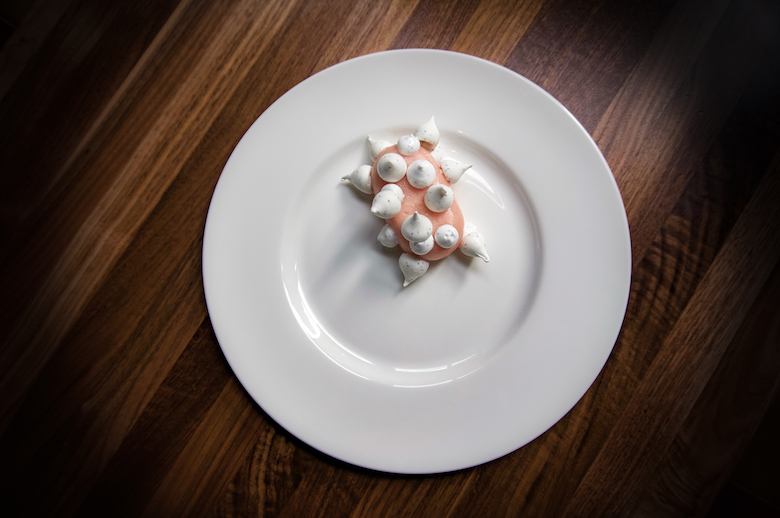 The restaurant takes inspiration from Italy’s tervernas and ristorantes with casual front room with a bar area to watch people, plus a back room that’s gorgeous and a little more elevated.

They recently started a new Monday night regional dinner series, if it wasn’t all exciting enough. “Every Monday we feature a different region of inspiration in the dining room and offer a set menu with super traditional foods and wine from that region,” says King. “We started with Friuli, and then Ato Adige followed by Veneto and we just did Lombardia with guest chef Adam Leonti. We will continue to head west into southern France and wrap up with Basque country. We have 11 regions total and then repeat the cycle of regions but with different foods.”

The whole thing is so typical of this team: casual, fun and just offers the best of everything without being snooty or snobby about it. The staff seem like all your best friends, the wines come from the cellar underneath (perfect for a private event too) and nobody has an attitude that’s not convivial. It’s the ultimate reprieve in a city where dining sometimes has too much art and not enough joy.