We stop by at 4:30 in the morning to see what the James Beard Award winning team is up to… 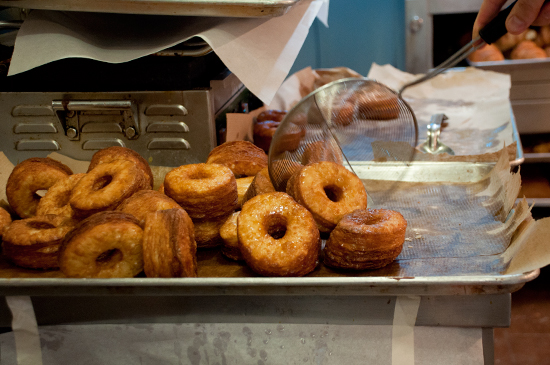 It’s no secret that bakers have early mornings; boulangeries across the city tend to fire up their ovens right when diehard bargoers head to bed. The James Beard Award winning Dominique Ansel is no different; the pastry chef-slash-business owner’s daily routine starts at 4 a.m., as he heads to his eponymous bakery and begins to fry up every Cronut and cookie shot needed to feed the city its daily dose.

Work doesn’t just start at 4 a.m. (or end when the bakery closes); Ansel’s kitchen is so small (and demand so high), his ovens are burning 24/7. And his day involves much more than Cronuts, DKAs (Ansel’s signature caramelized croissants) and pastry cream. “There’s a difference between being a chef and being a business owner,” Ansel says. “When it’s your business, everything from hiring people to menu changes to printers being set up, computers, fridges, copy machines, it’s all you. No one else will do it for you.”

So on any given day, you might just find him changing a lightbulb or fixing some plumbing issue, in-between paperwork, cleaning, phone calls and yes, coming up with the next Cronut. “I’ve done plumbing and electricity,” he says. “It’s part of the business. When you’re a small business owner, you’re not going to hire a company to fix what you can do.”

We stopped by one morning to capture the scene, as the bakery prepared to meet the demands of fans who line up before the sun rises (and sometimes, before Ansel even walks in the door). Ansel and his crew churned out DKAS, fried up their signature Cronuts, and glazed over fresh tarte tatin after tatin, working nonstop from 4 a.m. until the doors opened, all while you were sleeping.

4:40 a.m.
Ansel has already fried up a few dozen Cronuts, while other bakers mold DKAs for baking. On a daily basis, Ansel devotes two hours (if not more) to frying Cronuts, right before the bakery opens. 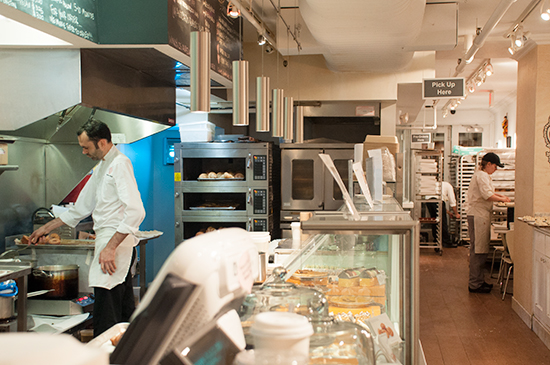 4:36 a.m. – 4:45 a.m.
Cronuts in various stages. The bakery sells 350 Cronuts every day, and each batch takes three days to create. One day is set aside to make the dough, one day to cut and shape, and the final day to proof, fry, and fill. 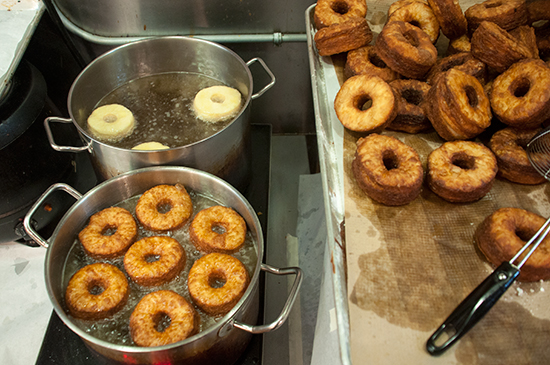 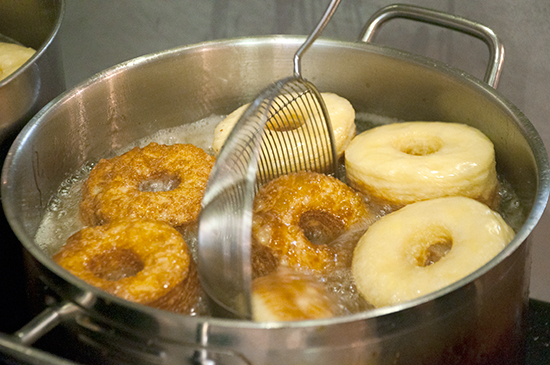 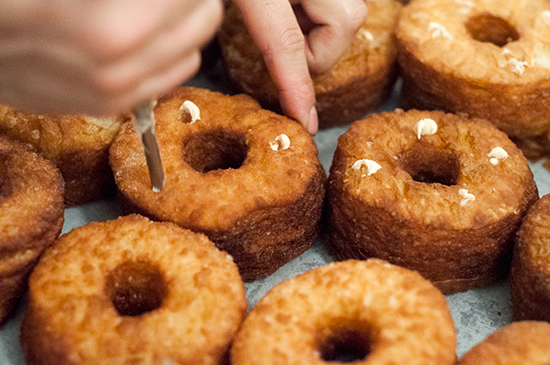 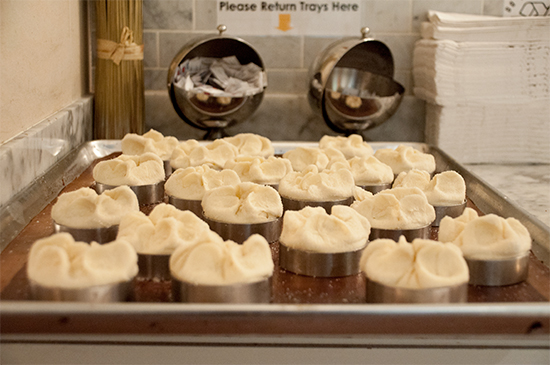 4:53 a.m. – 5:14 a.m.
Ansel spent the majority of the morning unmolding DKAs fresh from the oven — hardly glamorous. The bakery does sell at least 500 of these caramelized croissants a day. 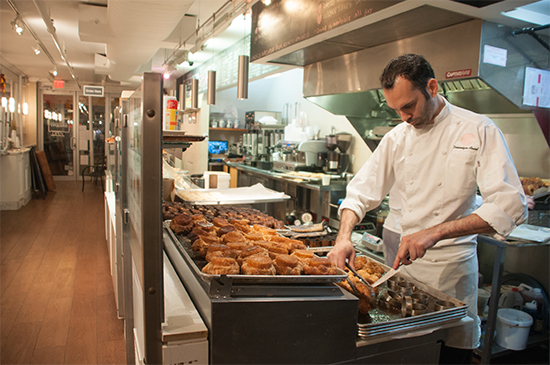 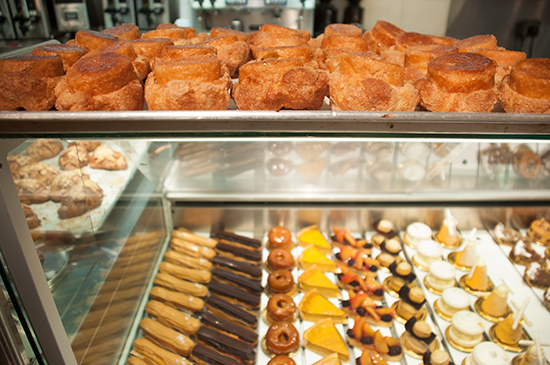 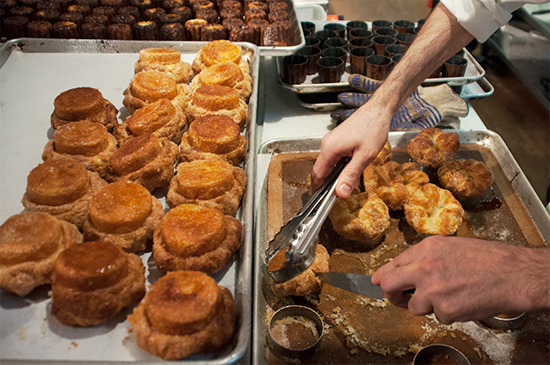 5:22 a.m. – 5:30 a.m.
Let’s not forget the rest of the pastries, which were baked even earlier this morning: croissants, canelés and tarte tatins. 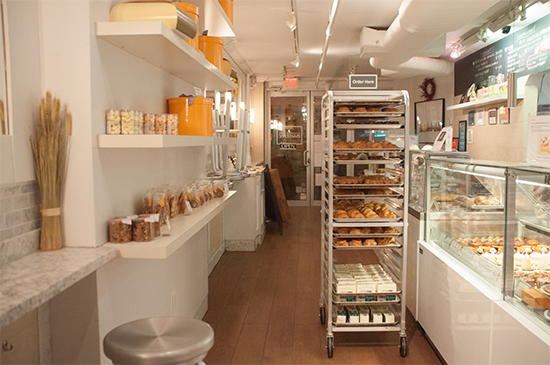 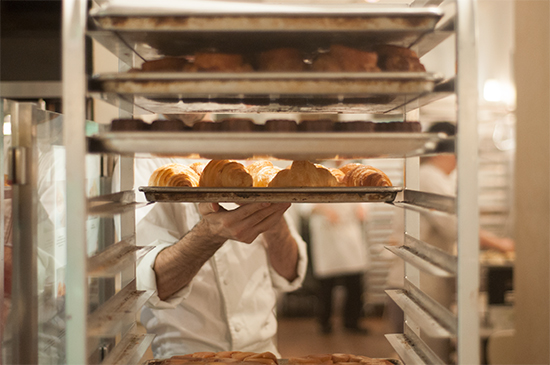 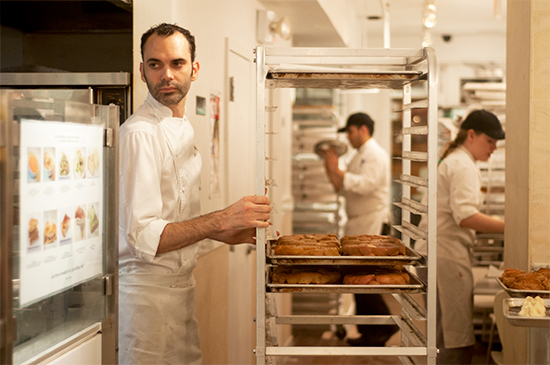 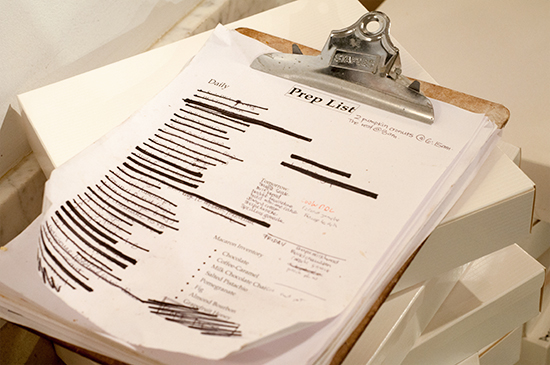 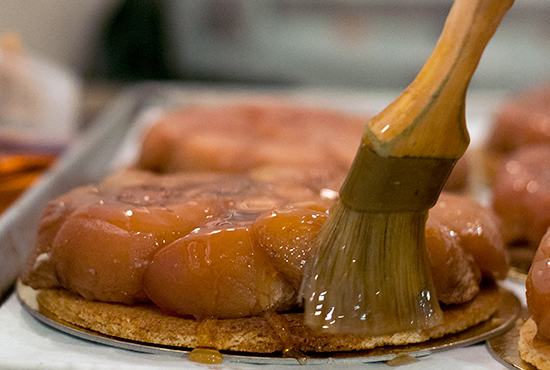 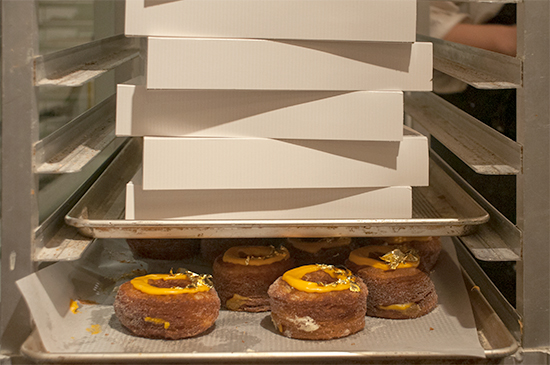 6:30 a.m.
The line outside is already several parties long; the first gentleman has been waiting since before 4:30 a.m. 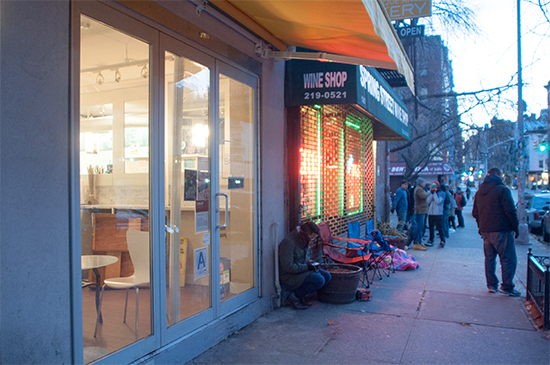 6:17 a.m. – 6:45 a.m.
Dominique whips up fresh madeleines, while the staff fixes up hot chocolate. Both get delivered to those bundled up outside in the cold. 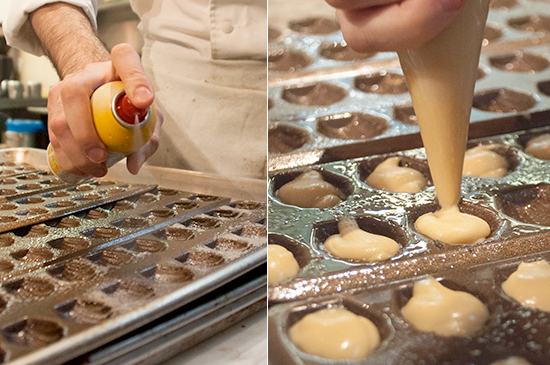 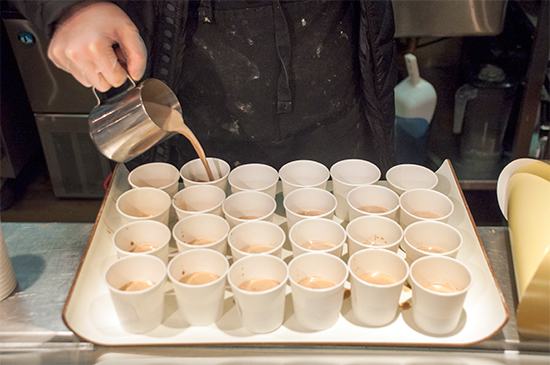 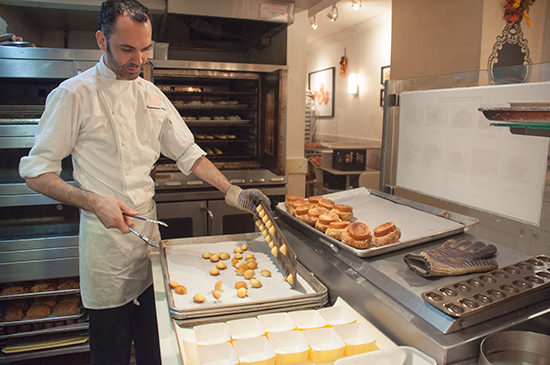 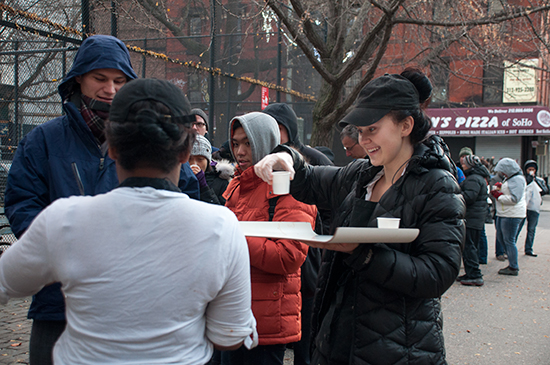 6:46 a.m.
Meanwhile, inside is bustling, as the team finalizes prep before opening. More bakers head in to clean, assemble, and organize, ducking under each other’s arms and keeping tabs on the oven. They still have 1 hour and 15 minutes to go before the door opens. 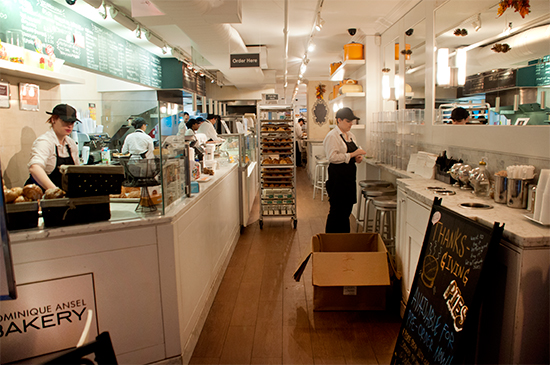 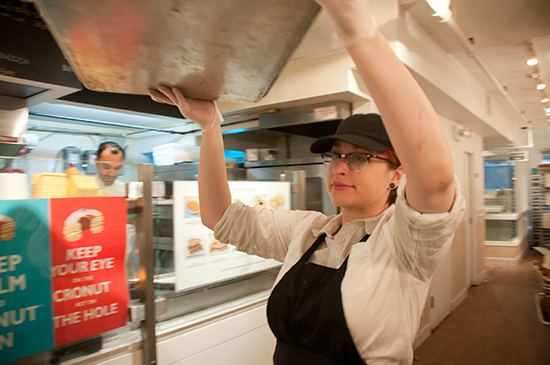