The author tells us what dish is “deeply savory and so satisfying.” 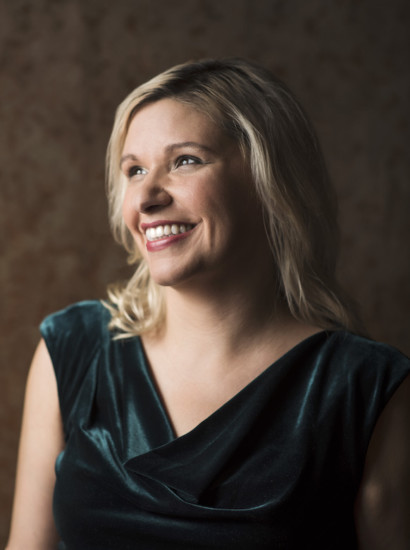 In her new book, Eight Flavors: The Untold Story of American Cuisine, Sarah Lohman writes about how the flavors black pepper, vanilla, curry powder, chili powder, soy sauce, garlic, MSG and Sriracha have shaped and influenced all the food we eat in the U.S.

She would know: The historical gastronomist behind the blog Four Pounds Flour lives in Chinatown and puts together food programming around the city at places such as The American Museum of Natural History, The New York Public Library, The Brooklyn Brainery, The Lower East Side Tenement Museum, The Brooklyn Historical Society, Brooklyn Botanic Garden and more. With the book just entering its fifth printing (after only a December 6, 2016 release), we asked her to tell us about the places she loves to eat.

Optimum Gourmet Deli
When I want my bacon egg and cheese, I go to my local deli, Optimum Deli, on the corner of Broome and Ludlow Street. It’s been run by the same Yemeni family for 30 years; it used to be called Happiness and be on Delancey Street and then the building was bought and the rent went up and it closed for the first time.

Now the two sons have opened it up and there’s just always new cousins coming over and always someone to meet, and they make a great bacon, egg and cheese on a whole wheat bagel and they know that I like my tea no milk, no sugar. When I ask for tea, they just give it to me.

So that’s my local bodega. I feel like every New Yorker has the one that is their heart’s desire.

Berkli Parc
If I want like a sit-down breakfast menu, or I have friends in town or sometimes if I’m on my way to something I order in advance and pick it up, I go to Berkli Park, which is a nice café run by Californians.

It’s on a corner of Allen and Delancy and it’s just a really great space. It’s a really nice place to go to work during the day—if I just want to get out, or I need a quiet space I can take my laptop over there. But they have a really delicious sandwich, bacon, lettuce, tomato and avocado and an egg and sprouts sandwich. Either one of those are my go-to in the morning, as well as usually a big cup of black tea.

Vanessa’s Dumpling House
It’s so delicious and so, so cheap. That started when I first started working in this neighborhood, long before I moved here. A co-worker asked why I always packed my lunch and I said, “I don’t want to spend 50 bucks a week for lunch” and he’s like, “What are you talking about? Go to Vanessa’s and get the fried sesame pancake with vegetables.” I think at the time it was $1.75. It’s amazing—all these delicious pickled vegetables and it’s fresh but it’s also fried.

If I don’t get that, I get the pork buns because they’re usually quicker than the dumplings. You have to check and see if they’re in the steamer behind the counter. If they’re sitting there and ready, it’s almost instant; if they’re not there, I will order the dumplings, because the dumplings then are probably coming off hot and fresh from being fried in the wok. That is definitely the place I go to most often for lunch.

Spicy Village
When I first moved into this apartment, I was moving in and there were boxes everywhere and I didn’t have any food in my refrigerator, I had a very unhealthy obsession with Spicy Village, which is on Forsyth Street.

We went there for dinner maybe two years ago, and whether I’m looking for a really casual place to sit or ordering take-out in the evening, it’s usually Spicy Village. Their Henanese pulled noodles—it’s just so good. My go-to is the tomato and egg hui mei, which is wide noodles and tomatoes and scrambled egg mixed in with also some bok choy and some other crispy vegetable thing. It sounded weird when it was first pitched to me as the thing I should be eating, but it is deeply savory and so satisfying.

I’ve been told since that it’s very much Chinese comfort food from that area, and everybody knows how to make it. But I also like the sort of dry braised pork noodles and I like their soup dumplings, too; they have a little sausage in the middle. Everything I’ve had there is good. It is a very, very low-key setting. It is a place that I probably would have walked by a million times had someone not recommended it to me, but it is definitely one of my favorite places to eat in New York City.