The 5 Types of Ramen You Should Know

We chatted with Sun Noodle’s Kenshiro Uki and Jack Nakamura to decipher these five essential styles.

At the end of the day, a bowl of ramen is simply a bowl of ramen: soup, ramen noodles, some meat and maybe an egg. But what started out as a knock-off Chinese dish in Japan has developed into a multi-layered ever-changing cuisine of its own in Japan. There’s a ramen museum, for Chrissakes.

“There are five basic elements to ramen: noodles, tare, broth, topping, and aroma oil,” Sun Noodles’ executive chef Jack Nakamura says. “For a very long time people in Japan were very poor, so they couldn’t eat regular proteins or meat. They used waste ingredients like bones to make the broth, and then they made ramen.”

Nowadays, hours are spent to make the soup. The rest of the ingredients are equally revered. “Tare, the liquid seasoning, works for saltiness and sweetness,” Nakamura says, “And the oil makes more aroma for the nose.” Toppings can range from traditional (pork chasu) to almost fusion (avocado), and the noodles? Well, Sun Noodle, who produces the ramen noodles for Totto, Ivan and more, are experts at combining wheat flour, salt, water and kansui, kansui being the key ingredient to chewy ramen noodles with extra bite. So your bowl of ramen? Could be literally any combination of the factors above.

We chatted with Sun Noodle’s Kenshiro Uki and Nakamura to decipher what five types of ramen you should know. 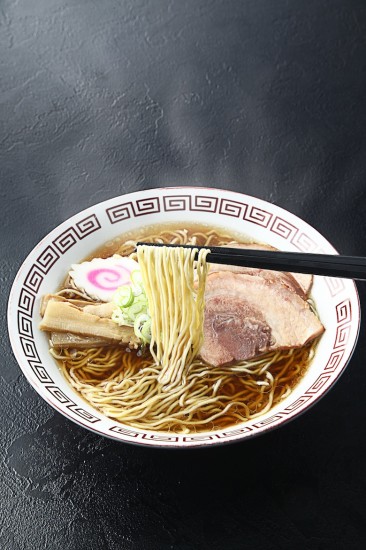 1. Shoyu
Shoyu, which is one of the simplest ramens when it comes to ingredients, was the first ramen in Japan, Nakamura says. “It’s originally Tokyo style, which has a lot of yakitori places,” he says. “So they had a lot of chicken bones, which they used to make the soup.” The broth is moderately thick, which means the noodles are also moderately thick; and while shio ramen tends to just be salted broth, shoyu gets an extra addition of soy sauce.

2. Tonkatsu
Tonkatsu is a southern style ramen, with a broth made with a local ingredient: pork. “First they made clear pork broth, but then some guy made a mistake and he fell asleep, and overnight the bone changed the broth into a very creamy and white soup,” Nakamura says. “He thought it was a mistake, but he used it, and now people only know of tonkotsu ramen as white.” Sometimes, however, some shops will still make the old-style clear broth.

Surprisingly enough, the tonkotsu broth is considered lighter than other soups. “Tonkotsu broth has less fat, and so it requires a thinner noodle, because then the broth will cover more surface area,” Nakamura says. Of course,strategy plays into it. Noodles tend to lose texture as they sit in soup, so purveyors will serve less noodles in order to keep the noodle’s texture consistent throughout an entire bowl; “When noodles are thinner, you can also order more noodles,” Uki says. “In northern Japan, where portions are a bit bigger, noodles will have a bit more water in the dough so they will keep its texture throughout a meal.” 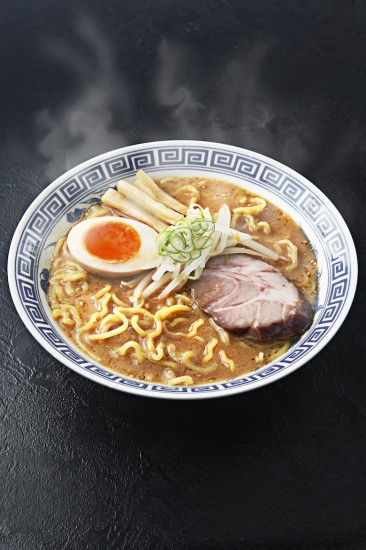 3. Miso ramen
Miso ramen hails from the most northern island of Japan: Hokkaido. Also called Sapporo ramen, the dish is very thick, very salty, and served piping hot. “Every dish is like that,” Nakamura says.  The broth is usually made from pork, but it can also be mixed with chicken, Nakamura says. And since the fat content is the highest, not to mention the temperature servings, the noodles are not only thicker, but also aged. “The more water you put in a dough, the more aged it will be, so it will be chewier,” Uki says. This helps with texture, but also with longevity. “When a miso ramen is piping hot, the noodles have to be more tight, because in miso soup, the noodles almost continue cooking in the bowl,” Nakamura says. 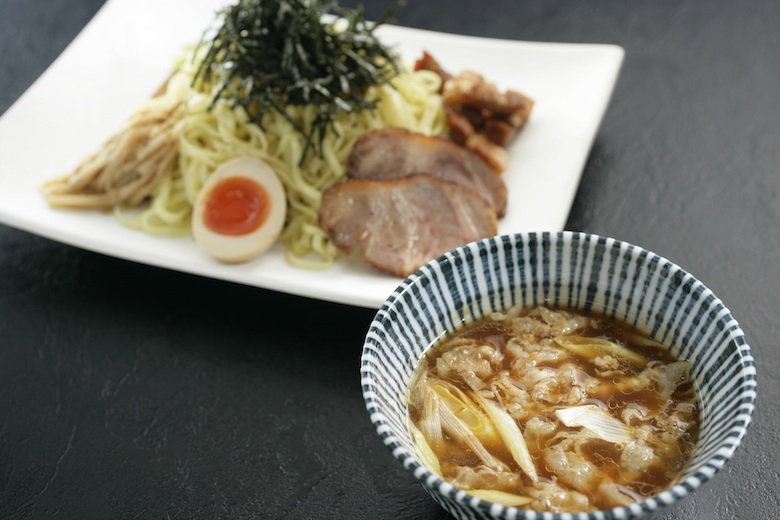 4. Tsukemen
One of the newer styles of ramen, developed in the ‘50s in Tokyo, tsukemen is much like soba, served with the noodles separately. “With dipping ramen, people make the richest soup, so you have to put the two separately to eat it like soba,” Nakamura says. And just like soba sauce, the soup is incredibly salty. “Only after the noodles are eaten do they put a little broth to drink.”

Noodle wise, the ramens are actually almost udon-like in size, since the broth is almost like sauce. For scale, tsukemen sauce is typically five-to-ten times thicker than shoyu.

5. Mazemen
The thickest style out there, mazemen is, in essence, Japanese meets Italian. “It’s totally like pasta,” Nakamura says. Typically, broth is cut out of the picture: the sauce is simply made of tare (liquid seasoning) and aroma oil, plus toppings. And just like tsukemen, the noodles are heavier. “A thin noodle will get too soggy, and the taste will be too heavy,” Nakamura says. As for the toppings? You might find the more innovative creations in this category — think Ivan Ramen’s chili eggplant mazemen.