Pick up a few for the holidays. 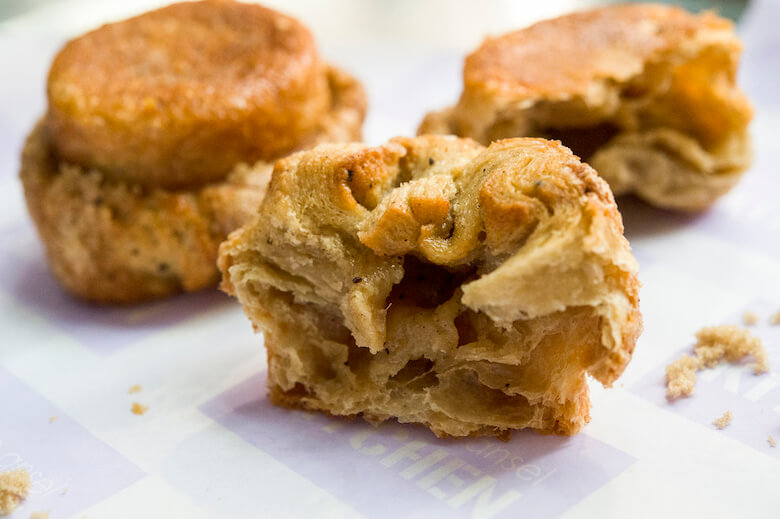 The Great British Bake-Off is one of the most enjoyable cooking shows in the history of TV. While it’s ostensibly a competition, the only real battle is between each baker and their best self. Aside from that boost to your soul, and the periodic establishing shots of sheep on the English countryside, the show also carries the significant pleasures of admiring beautiful baked goods. Which is second only, of course, to eating them—which, when they are on TV, we cannot.

This is especially frustrating in the technical challenges, where bakers are working toward a uniform ideal that I often can’t fathom. In this segment, they must make the exact same dish, following the same recipe—a recipe often vague or unhelpful. The dishes are often obscure or unusual, too. That’s part of the challenge, after all: trying to make a dish they’ve never tasted or seen.

It’s a challenge for the viewers, also, trying to imagine these dishes. Especially for Americans, for whom even British classics are exotic and strange.

Well, if you are curious and want to know what the heck these desserts taste like, I will tell you: They are very good. And here’s where you can get them:

Victoria Sandwich, Tea & Sympathy
This cake is such a classic that it’s been in multiple technical challenges: Two different seasons of contestants have even had to make it without a recipe. At Tea & Sympathy, an authentically British-to-the-bones café, order it as “Victoria sponge cake.” The two tiers of cake are sweet and crumbly, with a flavor that reminded me of pancakes somehow. Mary Berry serves hers with a filling of jam and whipped cream; at T&S, it’s jam and light buttercream.

Kouign Amann (or Brown Sugar DKA), Dominique Ansel Kitchen
The Bake-Off contestants who made this Breton pastry had, every single one of them, never heard of it. Hot tip: It’s pronounced “queen ah-mahn,” but you can order it as the “ Brown Sugar DKA”—that’s Dominique’s Kouign Amann—at Dominique Ansel Kitchen. There, flaky layers of pastry are sprinkled with brown sugar before being folded and baked in a round mold. The brown sugar isn’t traditional, but it gives caramel flavor to a pastry that’s light and rich at the same time, with a gooey, buttery center.

If you peek into our bakery in Hells Kitchen, you might just spot this green beauty in the making… Princess cake is a traditional Swedish cake consisting of layers of sponge cake, pastry cream, jam and whipped cream. Topped with a thin layer of green marzipan. The cake obtained the name because it was so loved by one of the former Swedish royal princesses. Today it is the most popular cake at any Swedish celebration and available to order from FIKA for your special event #sweets #princesscake #dessert

Prinsesstårta, Smörgås Chef or FIKA
This domed cake is covered in a 1970s-green sheet of marzipan, but it’s not a retro relic—in Sweden, it’s commonplace today. Smorgas Chef serves theirs sacrilegiously flat on top, without the mound of whipped cream that undergirds the marzipan dome, but it’s an amazing cake nonetheless: light layers of cake sandwich raspberry jam, whipped cream and custard, topped but not overpowered by sweet marzipan. If you want a full prinsesstårta, you can order it from FIKA, the chain of Swedish cafés; they also serve individual (gasp: rectangular) slices.

Île Flottante, Le Coq Rico
In the Bake-Off tent, the titular floating islands of this French dessert were plural, five canelles of soft meringue served in a rectangular bed of custard. At upscale bistro Le Coq Rico, you get one softball-size globe of snow-white meringue, torched to caramel on the outside (pictured above). The meringue is light in texture and flavor, mostly a vessel for the silky custard, which is speckled with vanilla and bits of red pistachio. When I took my first bite of this dish, I started laughing—because it was so unbelievably good. If I were Paul Hollywood, this would’ve earned a handshake, for sure.