Crowdsource a Whole Cow with This Grassfed Beef Delivery Service

After all parts of a CrowdCow bovine have been purchased, the cow “tips” and orders are distributed nationwide. 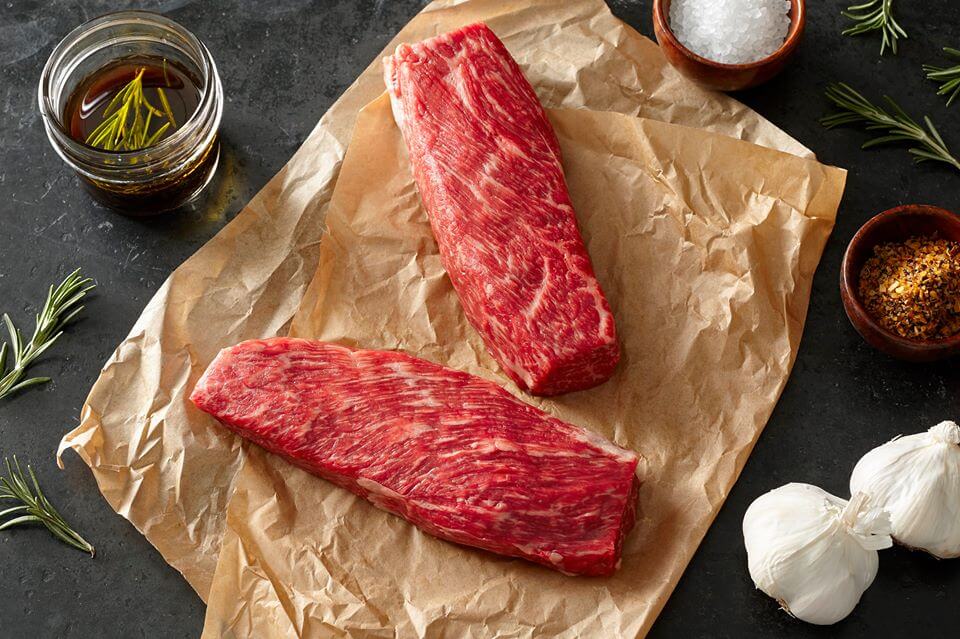 Orders are distributed nationwide, arriving in a package with recipes and suggestions on how to grill or cook the different cuts. Photo credit: Facebook/CrowdCow.

In the age of ride-sharing and Airbnb, it was only a matter of time before people could come together and share the experience of divvying up their groceries. CrowdCow (CC), a budding food-tech start-up, has made such a modernist farmers market experience possible, and earlier this month, has made it available nationwide.

“Online, people can come together and enjoy something,” says Ethan Lowry, one of CC’s co-founders. “Here, they can learn and teach each other.”

Founded in 2015 by Lowry and Joe Heitzeberg, two tech start-up veterans, CrowdCow, as its name suggests, is a group-oriented project where dozens of people who’ve never met come together online, with the end goal to split up Bessie’s cuts. Lowry explained that customers can select “shares,” or preorganized packages of cuts, or “à la carte” selects, ranging from standard rib eye and hamburger to less mainstream options like tongue and heart. After all parts of a bovine have been purchased, the cow “tips” and orders are distributed nationwide, arriving in a package with recipes and suggestions on how to grill or cook the different cuts.

Customers don’t have the farmers market experience of speaking directly to their meals’ supplier, but CrowdCow brings the experience to users. Weekly e-mail updates provide illustrative factoids about the current farmer, including a brief bio and photos. But to edify their customers on the meat, CC also includes in their e-mails in-depth explanations on the farming process for raising their cows, including the breed of cows, the grass diet and even types of grazing patterns.

“Imagine you’re at the grocery store, walking down the wine aisle, and there’s every variety of wine at every price point, vintage, year, whether it’s for nine dollars or 90 bucks or more,” says Lowry. “But if you go to the beef counter, then it’s Wonderbread. The only information is price per lb–take it or leave it. If you ask them [the attendees] where the meat comes from, they don’t even know. It’d be a research for them to figure out.”

While CC has just unveiled itself to the public at large, Lowry has plans to expand beyond the namesake. Delicacies like wine or fish, where environmental nuances affect the flavor, might become possible products sold through CrowdCow, and additional online features down the road might include Reddit-style forums between clientele or AMAs with ranchers.

“If the Internet had existed 100 years ago, this is exactly how it would’ve worked,” says Lowry.