And in her own words, we have the inspiration behind the chef’s forthcoming Silver Apricot. 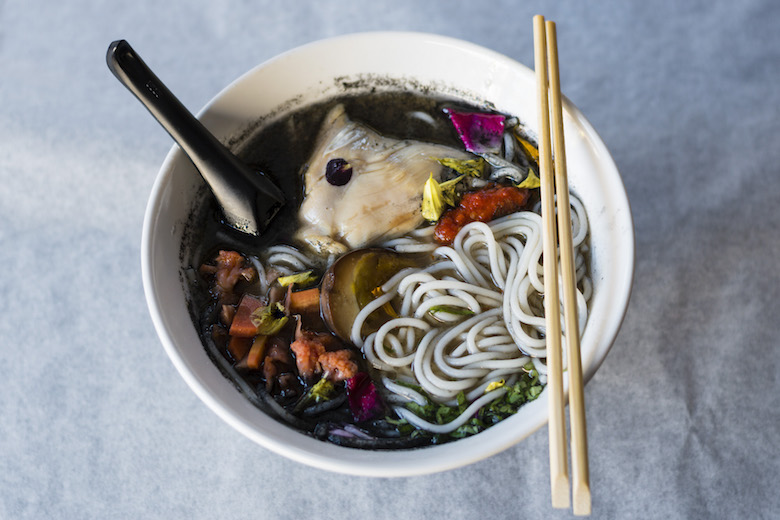 One of the mixian bowls Tong has been serving in the city. Photo by Afra Lu.

The East Village’s Little Tong Noodle Shop provided a pretty noodle-saturated city with something fresh. Chef Simone Tong’s mixian rice noodles, which originated in the Yunnan Province of China, come dressed with chicken broth, chicken confit, and tea egg in the Grandma Chicken bowl, or snap peas, fermented veggies, sweet chili, and tea egg in the Everything Nice Chengdu Yangchun Mian, served cold. Their $15 weekday lunch menu, which allows guests to choose one bowl and one small plate, is a filling bargain in the neighborhood. 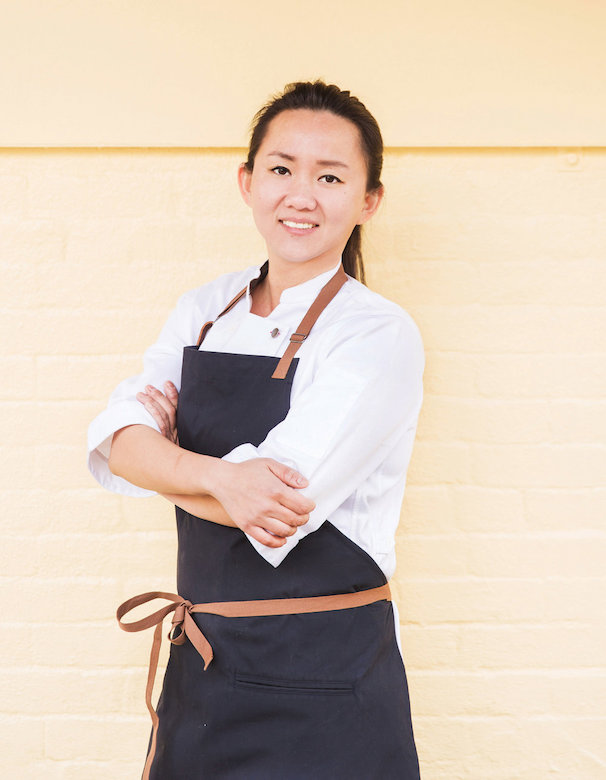 Little Tong has already expanded once, with a Midtown East location, but this fall, chef Tong will be bringing her bowls and Chinese breakfast options to the new The Deco food hall, coming to the garment district. Perhaps even more exciting, though, is the promise of something brand-new from Tong: Silver Apricot, to open at 20 Cornelia Street, where she will be playing with housemade cheeses, charcuterie and breads, as well as launching a tasting menu and chef’s counter. This will be her space to explore Chinese-American identity through food, and we asked her to explain why this was the right time for her to launch this new, more loose concept. Here’s what she said:

“As Chinese-Americans, identity is something we think a lot about, whether we do so of our own volition or because social constructs compel us to. And that’s not unique to just Chinese-Americans — we’re sure that like us, any immigrants or first-generation children of immigrants are acutely aware of how difficult it is to concisely qualify their identity. It is through Silver Apricot that we will be able to show, rather than tell, New Yorkers and visitors alike what it means to us to be Chinese-American today.

Perhaps above all else, sharing food is among the most important yet most pleasurable ways of fostering discourse and simply understanding people. For over a century, the western understanding of who Chinese people are has very much been driven by what’s now globally known as ‘American Chinese food.’ But what’s missing from that narrative is that American Chinese food was born out of economic necessity — Chinese immigrants needed to cook food that would sell to the American palate. They kept the traditional recipes of their hometowns to ‘secret menus’ only disseminated to fellow Chinese immigrants, or simply to their home kitchens. American Chinese food came to be as food for Americans, made by the Chinese.

But even those traditional recipes weren’t sacrosanct — they couldn’t be. In America, there weren’t the leafy bitter greens, the vivacious whole spices, nor the freshly pulled noodles that were prolific in their Chinese hometowns. So they had to improvise — cooking with the methods of their parents and grandparents, using the ingredients they could find in their local American markets.

That’s how an entire first generation of Chinese-Americans like us were raised — on the food that commemorates the techniques of our forefathers while celebrating this land that we call home. And now, just over a century after American Chinese food first took off, we’re at the precipice of a coming of age for Chinese-American food, which for years has been entangled in misnomers of ‘fusion’ or ‘inauthenticity.’

The United States is more multi-colored today than it’s ever been. Five years ago, for the first time, the number of students of color in public schools surpassed the number of non-Hispanic white students. That also means that we will have increasingly prismatic identities and even more kaleidoscopic cuisines.

We believe that our actions will speak louder than our words. From Silver Apricot, we will share with New Yorkers and visitors alike what it means to us to be Chinese-American today. We will bring to life the Chinese-American identity and culture by building on time-honored techniques, driven by local products available to us in the Tri-State area. For everyone who has ever embarked on a journey in search of identity, we want Silver Apricot to evoke a sense of belonging through food, beverage, and hospitality.”