How Do You Prepare a Spring Menu in Winter? 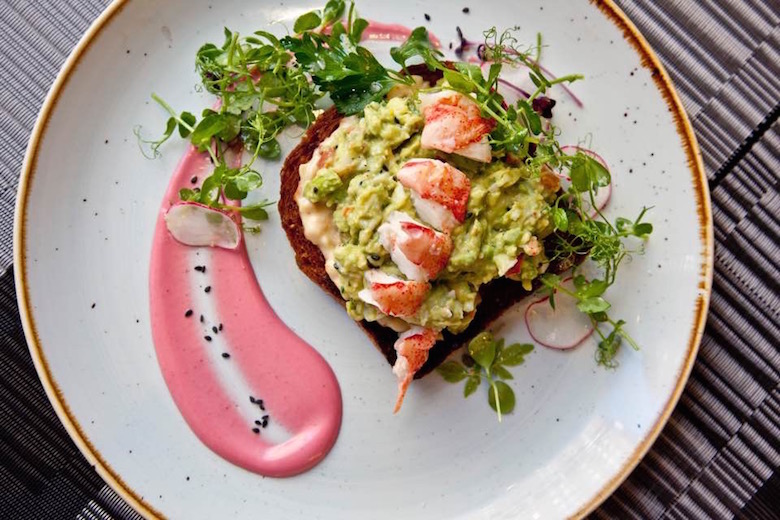 Despite being trained in French technique and more rustic Spanish cooking, Barrio maintains that his palate is “100 percent Peruvian”—meaning high acidity and spicy without being too spicy.

When winter goes on and on, how do you create a spring menu? That’s the challenge facing chef Franco Barrio on a sunny March afternoon, when—despite the calendar—snow and slush cover the ground. Spring vegetables aren’t yet popping up from the ground, much less showing up at the market, and he’s having trouble feeling inspired. “I usually try to set up the new menu two weeks ahead of when spring actually happens, but I feel like we’re a month and change away from it,” he tells me. “I want to be ready. I can usually make a menu so quick—this time, it’s taking me forever.”

He knows the West Village neighborhood where his restaurant, Bespoke Kitchen, is located very well, though; he’s been cooking here for years. Creating a spring menu shouldn’t be too difficult—they’ll want very light dishes, he says, as they prepare for warmer weather and inevitable beach days. “I’m starting with anything that’s raw,” he says. “I gotta bring some lobsters, some oysters, some tuna tartare—the short-rib gnocchi is out, the bacon tasting will only be for brunch. Everything’s gotta brighten up.” That means the seared maitake mushroom and roasted root vegetables he served me, sadly, will also disappear.

i don't know about your heart, but the way to mine is a perfectly cooked maitake mushroom 🍄 #vegan

Part of why Barrio can usually write a menu with ease is that he has spent his life in the kitchen. From growing up in Peru, where he would cook with his father until his passing; to helping his mother recover from grief by making her omelettes with tomatoes, the only thing she’d eat, he always loved making food his own. As an adult, he made his move to New York City, where he started out working in wine at Casa Mono but ended up studying at the French Culinary Institute (now International Culinary Center). His impressive résumé includes the classic-but-closed Picholine, Quality Meats, Eleven Madison Park, Boqueria and Momofuku Ssäm Bar, as well as intermittent stints in Spain—an influence prevalent in his light, playful cooking.

“What’s good about having the markets so close is that I can just go any day, pick up stuff and just shave it nice, and make beautiful little salads, and it says to everyone spring,” Barrio explains. “I have the most fun grabbing classic dishes and getting playful with them.” The entire menu at Bespoke is built on that: No dishes come out of the kitchen looking exactly the same, and you can request a meal that’s in line with what you’re in the mood for—choosing a protein and whether you want to go light or heavy. It’s akin to sitting at a bar and saying, “I like rum, and I want something spirit-forward.” An approach like this only works if you can trust the chef.

Despite being trained in French technique and more rustic Spanish cooking, Barrio maintains that his palate is “100 percent Peruvian”—meaning he likes high acidity and spice that isn’t overwhelming. At Bespoke Kitchen, all of this comes together on the colorful, unique plates.