Almost All of Your Favorite Chefs Will Be at Harlem EatUp!

Here are our highlights for the 7-day festival. 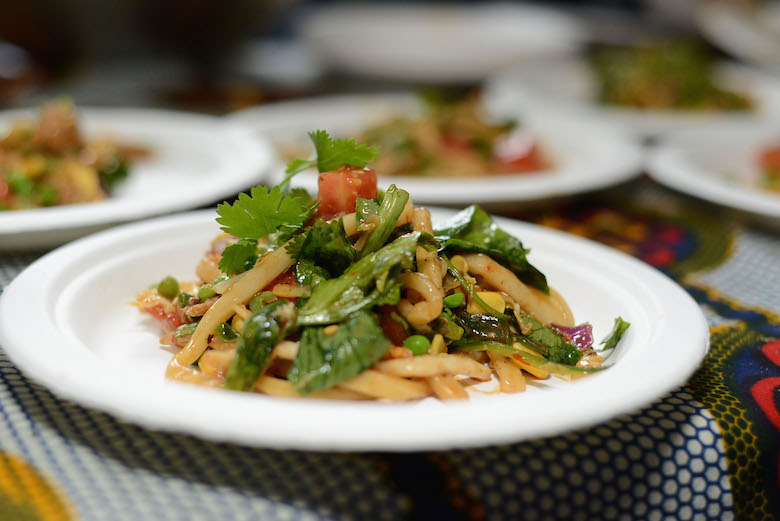 One of the dishes served at Streetbird Rotisserie at last year’s festival.

For the third year, Harlem EatUp! will be making a big show of all the restaurants that make the neighborhood both an exciting place to live and a destination even for those of us who live in central Brooklyn. Food, art, culture and music are all represented, with a kickoff concert at the Apollo, a dinner series, a grand tasting and live culinary demos by chefs like Marcus Samuelsson and Donatella Arpaia. Here, the events we’re most looking forward to when it all goes down next week, from Tuesday, May 16 through Sunday, May 21.

Homage to Billie Holiday Concert at The Apollo
This concert will kick off the 7-day festival with nearly 10 acts, all paying tribute to the iconic Ms. Holiday and raising money for the newly formed Harlem EatUp! Foundation. Holiday began her career in Harlem’s nightclubs, making this event an especially meaningful one. The performances will feature songs from the Billie Holiday discography, as well as “Portrait of Billie,” the modern piece by the Alvin Ailey Dance Company, which originally premiered in 1959.

Mountain Bird
Chefs Laurent Tourondel and Kenichi Tajima will be bringing French flavors to the restaurant, as each have rather signature approaches to the cuisine.

Chaiwali
Daniel Holzman of The Meatball Shop and house chef Anita Trehan are hosting this mash-up event, which will also feature a DJ during cocktail hour and a performance by Natu Camara.

Ultimate Grand Tasting
In their own words, it’s “a feast of a tasting presenting a collection of Harlem’s favorite restaurants accompanied by an assortment of fine wines, beers and cocktails, in an all-you-can-eat format.” Doesn’t that sound pretty good? There will also be 30-minute Bordeaux 101 wine classes every hour—which is why this event is 21 and over. For a family-friendly event, check out the pay-as-you-go, free admission Marketplace stroll.