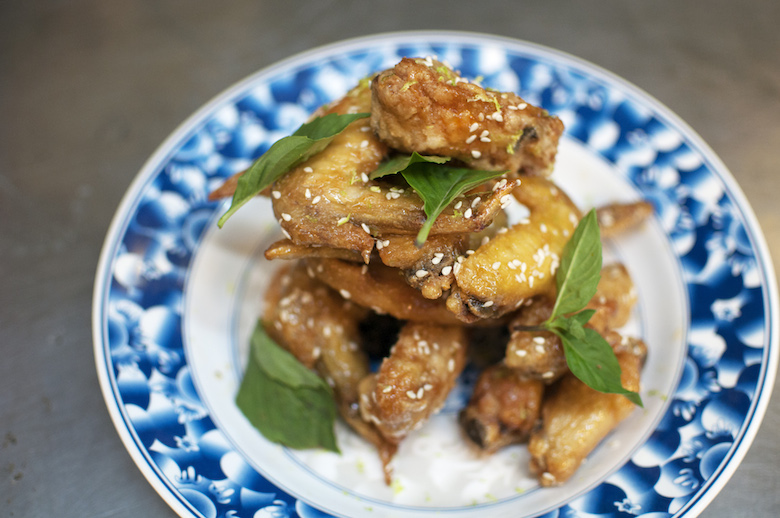 Fried chicken is sort of like chicken soup — everyone has their own recipe, based on flavors from their childhood and slowly matured over time.  Nevertheless, there are some distinctions between birds of different feathers. Here, we’ve rounded up several variations of the staple comfort food from New York City chefs, channeling Korean, Japanese and Dominican flavors. Learn the basics, then make it your own. 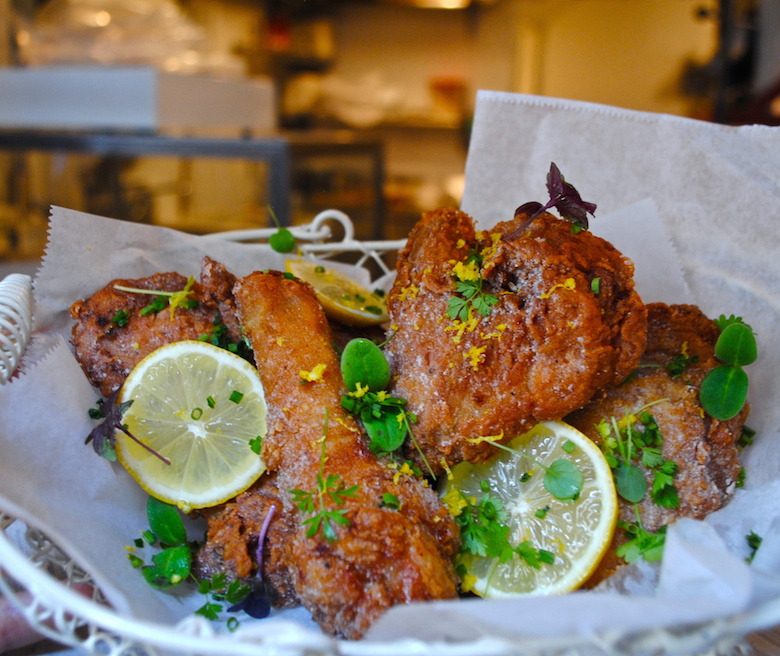 Start with a good bird (Root & Bone sources theirs from Amish country) and definitely brine it for at least a day. “Brining gives it a lot of flavor and prevents it from being dry,” Janine Booth says. “Typically it’s a mix of water, salt and sugar, and you can add whatever spices and herbs you want.” Root & Bone’s secret? Leftover sweet tea, in addition to bay leaves, peppercorn, cayenne, paprika and garlic powder. The seasoned meat then gets dipped in flour (also mixed with cayenne, paprika, and garlic powder), then fried at 320 degrees — wings and drums get 8 minutes, breast meat gets 12. “You just want to make sure the chicken gets to 165 degrees, and then it’s nice and juicy and crispy,” Booth says. Her final touches: a dash of zesty lemon seasoning and a housemade honey-Tabasco-bourbon sauce.

What really differentiates Korean fried chicken from your standard fare is the double fry. “The first time you cook the chicken at a low temperature, like 215 degrees so you totally cook the wing, or at least 90 percent,” Seoul Chicken’s Chaz Brown says. “But you don’t actually brown it. It just tenderizes in oil.” Let it cool for 15 minutes, then fry again at 375 degrees for another four. “It’s definitely the crispier of the wings,” Brown says, who eschews the typical garlic soy and spicy dressings for one based on fish sauce.

Also at: BonChon, Mad for Chicken 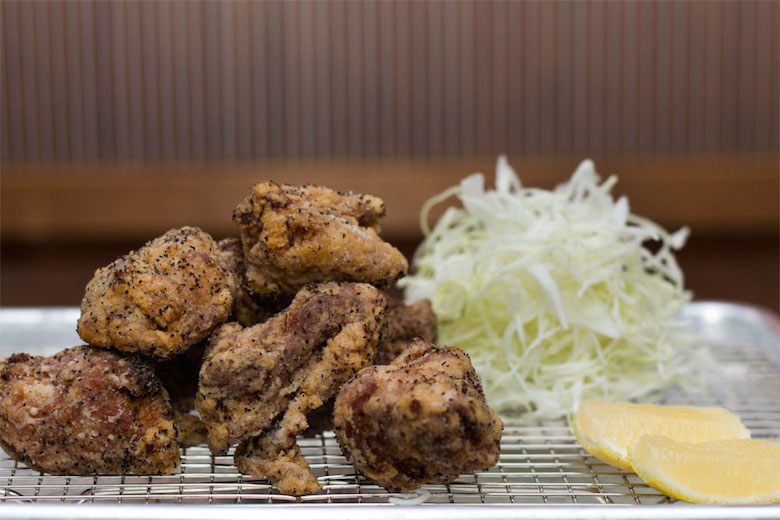 This isn’t the katsu-chicken that you might know; this is karaage, a lighter, crispier snack that’s ultra-juicy, served in small bites rather than entire wings. “The coating isn’t really thick, like American-styled fried chicken,” Gaku Shibata at Azasu says. “We just coat the chicken in potato starch.” Start off with dark leg meat, cut into two-inch cubes. Then marinate the chicken in a mixture of sake, onion, apple, ginger, and soy sauce — the first two being the most important. “The sake and onion makes the meat really juicy and tender,” Shibata says. Then douse the chicken in potato starch, deep-fry it at a lower temperature to cook the meat through, and let it rest for a minute. The final flourish: flash fry it at a high temperature for 30 seconds, and serve with a bowl of salt and pepper for dipping.

“Our chicken is almost creole,” John’s Fried Chicken manager Gregory Medina says. “It’s very seasoned, and very crispy.”  While Medina refuses to disclose John’s secret mix of spices, he does say that the chicken marinates for at least 12 hours. For classic Dominican flavors, marinate the bird with garlic, paprika, oregano, coriander, and black pepper. Toss in lemon (or lime), and let sit for 24 hours. Then coat it in flour (John’s goes sans seasoning there) and fry it at 350 degrees until cooked through. And while a double fry might be the crispiest, “we don’t like doing a double fry because we think it retains too much oil,” Medina says.

Also at: Cabana in Queens