Head to the Ludlow House to try the sake that will remind you of Champagne, HEAVENSAKE. 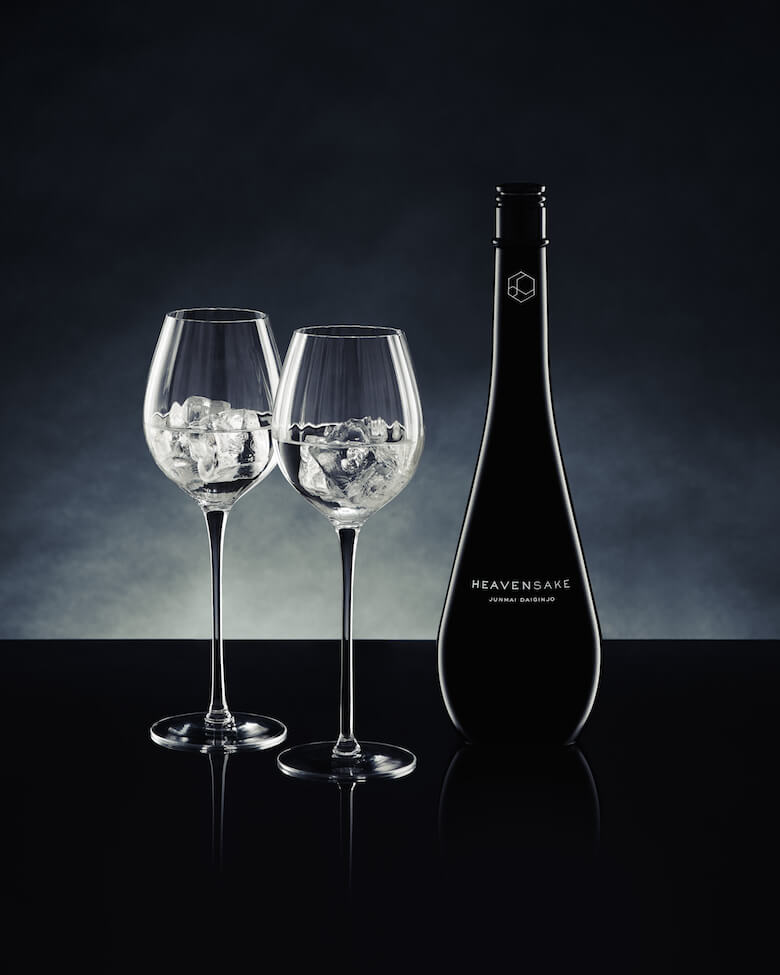 There are two sleek bottles being produced.

There’s something about the French, how they mix the old with the new: think of the shimmering Eiffel Tower; the the glass pyramid in the center of the Louvre’s courtyard; the modern wine labels.

Actually, compared to the Italians, the French don’t do modern wine labels. Their wine is part and parcel of tradition and place.

But for a new wine, one made out of rice, the urge to modernize can be sated. The result was sitting in the middle of my table at Ducked Up on the top floor of the Ludlow House, where a dinner promoting HEAVENSAKE was in full swing. Two sleek flasks—one light blue, the other black—held premium sake made by a Frenchman.

To my right was Bill Wood, the former sake sommelier at Masa, where he had HEAVENSAKE on the list. “I’m not always sure how my customers will react to something different,” he says, “especially in a different bottle. But then I tasted it.”

What interested me was that the sakemaker, Régis Camus, is also a winemaker, who has been making Champagne at Piper-Heidsieck since 1994. 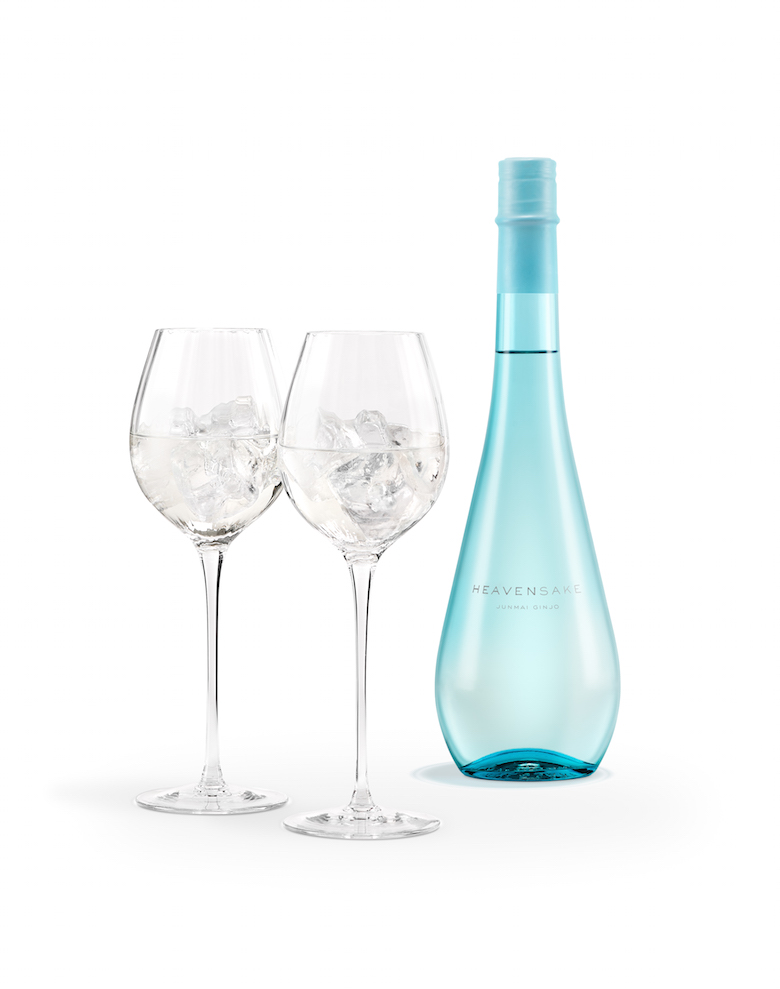 The immediate similarity between the sake and Champagne was the blending method for the Junmai Ginjo, the one in the blue bottle.

Camus, who doesn’t speak English, was drawn to sake during trips to Japan long before the HEAVENSAKE project. The immediate similarity between the sake and Champagne was the blending method for the Junmai Ginjo, the one in the blue bottle. It was light and citrusy and made from three different varieties of rice, polished to three different degrees and two different yeasts. This sake was made in collaboration with the Urakasumi brewery. (Check out Edible Manhattan’s sake primer.)

A combination of varieties is what the French call assemblage, a blend. And it’s the traditional way to make Champagne. Champagne houses can use three different grapes—chardonnay, pinot noir and pinot meunier—and will blend wine from different vintages to produce wine that tastes the same from year to year to adhere to a house style.

Wood says the ginjo can be compared to a sauvignon blanc. The other sake from HEAVENSAKE is a Jumai Daiginjo, made in collaboration with Dassai brewery; it contains only one kind of rice, but two different degrees of polish. Wood compares this to a full-bodied chardonnay. It has more weight in the mouth and leans to more tree fruit than citrus.

At Ducked Up, the sakes were paired with a wide variety of Asian food: scallion pancakes; shrimp chips; rice noodles with peanuts; duck rice; Asian greens and Peking duck, which was delicious. The restaurant cooked whole ducks hung on a metal carousel inside a woodfired oven.

The HEAVENSAKE was served cool in wine glasses. Instinctually, I planted the glass on the table, aggressively swirled it and lifted it to my nose. My sake-savvy tablemates raised eyebrows. No good? They were stumped.

Camus stopped by the table and we asked: Do you swirl sake? Bien sûr, he said. Aromatics work the same with grapes or rice. But ritual differs. In Japan, one never pours their own sake. I don’t think the French would go that far.