If you’re a first-timer, these three wines from the slopes surrounding Seneca Lake are a good place to start. 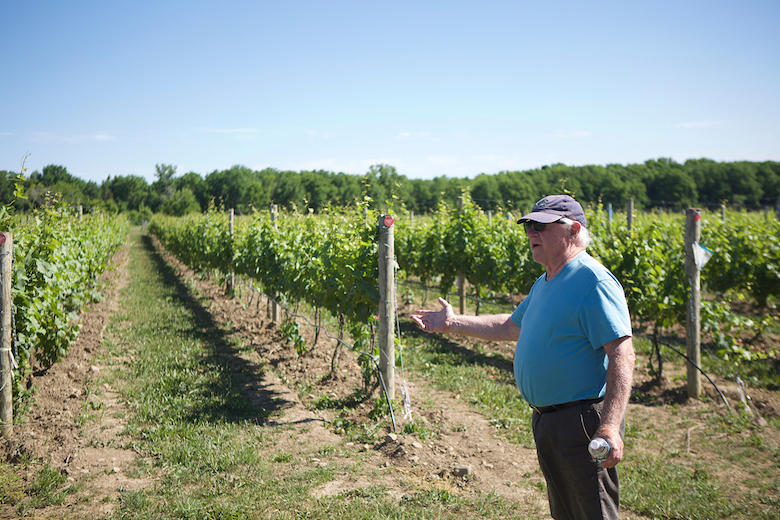 Let’s start with a factoid: Seneca Lake, the largest of upstate New York’s Finger Lakes, is 640 feet deep. Combine the max 45-foot depth of the water surrounding Manhattan and the 306-foot height of the Statue of Liberty, and the lake’s still deeper.

The vineyards of the 60-something wineries surrounding Seneca Lake benefit from its steep slopes. The cavernous body of water retains heat, which rises in the winter. The cold air pushes it down creating an almost constant breeze, which grape vines like (it prevents mildew and keeps them warm). Vineyards on the western side benefit from the morning sun, eastern side vineyards get the afternoon warmth, and a section in the center is warm enough to be called the “banana belt.” The soil, created by glaciers, has good drainage, and the incline helps.

Although it’s not the only grape planted, the Finger Lakes is known for riesling. It does well in colder climates and its high acidity is easily tempered with varying amounts of residual sugar. Scratch that—it’s not that easy. To find the perfect balance between the acidity and the sugar requires years of getting to know one’s grape vines and how they ripen. It takes serious time to be comfortable with every kind of weather Mother Nature throws across the deep lake, because, hopefully, a grower’s seen something like it before. And it takes years in the cellar, watching and waiting as the must, or pressed grape juice, ferments and knowing just when to stop it, to achieve that balance.

The three wines below represent three different results of this kind of experience: They are all from the Seneca Lake AVA (American Viticultural Area); they are all rieslings, and they all tell different stories about how this wine is evolving and achieving new heights in the Finger Lakes.

This wine is an example of how a (relative) newcomer can enter the highly collaborative Finger Lakes wine community and come out on top. Owner Bruce Murray started planting in the banana belt in 2009 and hired experienced vineyard managers and workers with very strong opinions about how to do things the “right” way. He then sought experienced local winemakers. His first vintage of the #239 Dry Riesling (239 refers to the clone) was in 2011; in 2012 it caught the eye of Wine Enthusiast and was included in that year’s top 100 wines. The 2014, the current vintage, also made that list. The wine is dry, but the intense ripeness achieved in the Finger Lakes in 2014 gives the wine a heavier mouthfeel and smells and tastes of ripe pears; even the graininess of the pears comes through on the palate, where the long finish evolves to peachy fruit then the zippy brightness of a lemon drop.

Bryn Hagman, beverage manager at the Dutch, loves the Boundary Breaks. The restaurant’s wine list is exclusively from the U.S. (except for Champagne), and this gives her the opportunity to introduce customers to something new. “I frequently find the average dinner guest knows about the Finger Lakes and knows they’re associated with riesling,” she says, “but they’re afraid to try them. They’re thinking ‘We can’t make good wine on the East Coast!’” She adds that not many people ask for riesling, but when they do “I cling to them like a koala bear.” Hagman recommends the riesling with a current menu item, hangar steak with kimchi rice. “It’s spicy and the wine satisfies the palate.” Winery owner Murray, who drinks a lot of riesling, says the night before we talked that he drank his wine with linguine and white clam sauce. “But it’s important to have the red pepper flakes to give it some heat,” he added.

Wiemer is certainly not a newcomer. The winery was started in 1979 by its namesake, a German immigrant. The Magdalena Vineyard, named for Wiemer’s mother, was not part of the initial 80 acres. They bought the lot in the mid-’90s, says co-owner Oskar Bynke, and replanted with new clones, new rootstock and new spacing. It’s in a protected site by the lake on the west side, he says, where the deep water has a noticeable moderating effect, keeping the vines dry in the summer and protected in the winter.

Winemaker, vineyard manager and Bynke’s partner, Fred Merwarth, spent years as Wiemer’s apprentice and makes the wine the same way Wiemer was taught when he studied in Germany. All grapes are handpicked. Merwarth does not use commercial yeast, just the descendant ambient micro-organisms that call the winery their home. This makes for a long fermentation, six to eight months, as the dead yeast cells, having done their job of turning sugar into CO2 and alcohol, settle to the bottom. “We do not use fining or filtering agents. We just keep checking it, to make sure it’s clean,” says Bynke. “You have to pay attention.”

This makes a very different wine from Boundary Breaks. It’s off dry, to balance the wine’s tart acidity, but it also has a waxy, earthy smell mixed with apricots. It has a creamy mouthfeel and long finish with pears and tangerine, an outlier of the citrus flavors usually found in wine. “I drank it last night with pasta with cream sauce,” says Bynke. “And it handled it quite well. The weight and the acid cut through the richness.”

Hermann J. Wiemer’s wines can regularly be found on Pascaline Lepeltier’s wine list at Rouge Tomate Chelsea. “They show how riesling can reach fantastic tension, minerality and ripeness at the same time,” she says. “The attention and respect for the soil shows in the wine. And I really like that there’s low intervention during winemaking. The wine is extraordinarily complex and the equivalent of what you can find in Europe.” 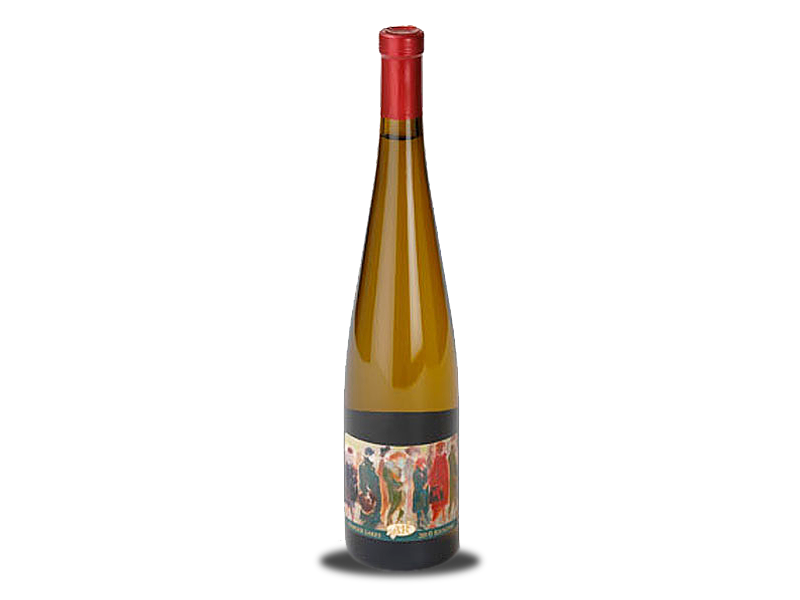 Ambient yeast and the region’s cold winters call for a long fermentation, so this wine’s one of the last that Anthony Road bottles the following spring. Photo courtesy of Anthony Road Wine Company.

This bottling, says winemaker Peter Becraft, is the result of an experiment started in 2009 when they left a portion of their harvest to ferment with ambient yeast, “And we were really pleased with the result.” The grapes are not site specific and some can go into other blends. So Ann Martini, who owns the winery with her husband, John, made a label from one of her recent paintings, and the Art Series was born.

Ambient yeast and the region’s cold winters call for a long fermentation, so this wine’s one of the last that Becraft bottles the following spring. In the meantime, the wine sits on the fine lees, which adds to the body and mouthfeel. Becraft also lets the wine rest in bottle for two years before release. In 2016, the wine is still fresh with electric acidity that confronts the wine’s 11 grams of residual sugar. The nose has the slatey kerosene aromas found in many rieslings from Germany. The long finish is packed with honeyed lemon zest, and Becraft likes to drink it with peanut noodles.

Patrick at Back Label Wines carried a lot of Finger Lakes riesling, and says many customers come in asking for it. These are the people he’ll introduce to the Art Series. “Rieslings from the Finger Lakes possess a very flamboyant personality much like that of the Mosel. Opulent, promiscuous but sturdy,” he says. “Although there is still much work to be done to master this great variety—as can be said anywhere in the world—the best produced outside of Germany are from the Finger Lakes.”