At this newly renovated brewpub, the beer isn’t kegged and stored. Instead, it’s served from a row of steel bright tanks filled following fermentation and connected directly to each tap. 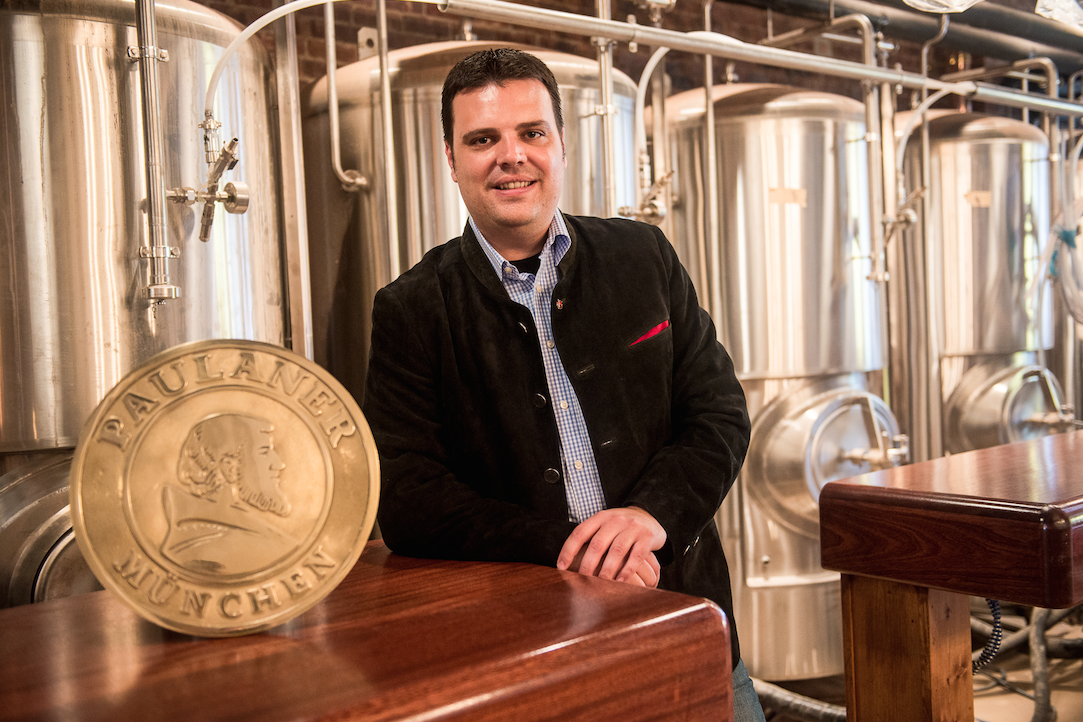 As Germany defeated Argentina to win the World Cup, elation gushed throughout New York City — and especially at Paulaner on the Lower East Side. When Mario Götze’s left-footed kick scored in the 113th minute, the game’s only goal, “We went into the streets and sang,” says German Andreas Heidenreich. “Probably about 70 percent of the crowd spoke German. People were hugging and celebrating. It felt like home.”

Heidenreich is brewmaster of Paulaner, the newest brewpub from the titular beermaker in Germany. He is a native of Ebersberg, a rural town roughly 20 miles from the brewery’s home and universe’s beer capital: Munich. Paulaner has a strong national presence as the country’s eighth best-selling brand and one of only six that annually pour at Oktoberfest. It also “reps” internationally with ubiquitous distribution — especially Hefeweizen, one of my favorites of the style — and operation of 28 brewpubs (a combination of brewery and restaurant making and selling beer on-premise) in seven countries.

In New York City, I can easily find bottles of Paulaner, although they’re an unpredictable vessel for freshness; kegs, too, may sit for weeks at a distributor or in a bar’s walk-in before being consumed. These reasons fueled my anticipation for the brewpub’s arrival to the Lower East Side — the first United States outpost — last November.

I could travel to Munich via the MTA. 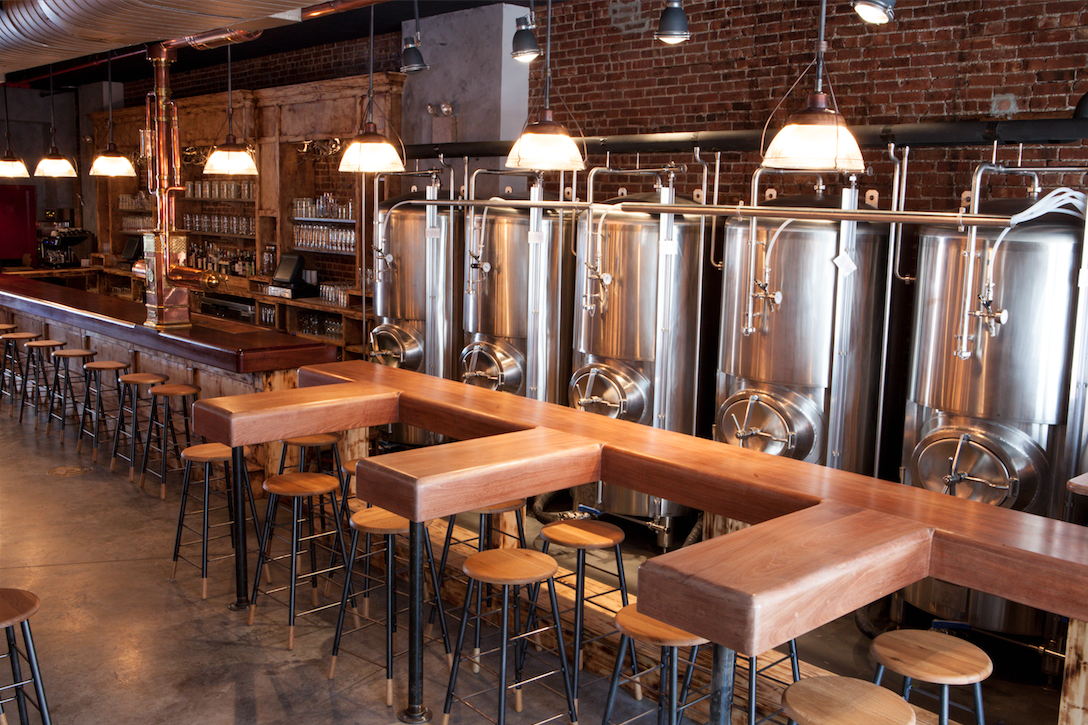 Heidenreich, who started with Paulaner in 1996, has opened and brewmastered at several of the 28 locations (primarily in China, which houses 18). He relocated to New York for the 240-seat space on Bowery, where, using nearly 400-year-old recipes, he produces three core beers — Hefeweizen, Munich Dark and Munich Lager — and rotating seasonals, such as Oktoberfest and Maibock, with a 8.5-barrel brewhouse near the bar. The beer isn’t kegged and stored, instead served from a row of steel bright tanks filled following fermentation and connected directly to each tap. It’s truly the freshest pour of Paulaner in the United States.

A globally recognized and respected beer made locally wasn’t initially enough to attract butts-in-seats or conceal major flubs, though; everything was expensive (a one-liter mug was $18) and a sterile, uninviting interior with an abundance of brand signage and oversized black-and-white photography evoked Applebees or an airport restaurant. Heidenreich agrees: “It just didn’t feel like something that would be home in Germany and it didn’t fit the Bowery neighborhood, either,” he says. “We shut down to make everything better.”

Paulaner temporarily closed in April, reopening with new ownership — Wolfgang Ban, owner of Edi & The Wolf and Seäsonal, and Markus Tschuschnig, once with the restaurant empire of Stephen Starr — and a near-complete rehaul in May. I dig the renovations. The interior now confidently resembles a German beer hall with brick walls and wood communal tables, while the food menu was revamped by Daniel Kill, former chef of Café Sabarsky and Blau Gans. The sausage is now made in-house (bratwurst burger is recommended) and several items, including pork knuckles and apple rings, contain beer.

Heidenreich is also improving Paulaner 2.0 by showcasing an ingredient that defines our country’s beerscape more than his homeland’s: hops. He recently brewed his first IPA, the copper-colored Munich Pale Ale, featuring Amarillo, Crystal and Sapphire hops (the first two are American varieties, while the latter is German). “You get a fruity flavor from the top-fermented U.S. ale yeast and a light tropical and citrus character from the hops. Also a strong bitterness. It tastes good,” he says.

A new batch of Munich Pale Ale (the second) was released last Friday. It accompanied the debut of Lemon Weizen, a hefeweizen with Citra hops, which is now arguably the most popular and widely desired variety among American brewers.

“I’ve never used [Citra] hops before and they’re hard to get in large amounts. I got some at the homebrewing store [Bitters & Esters] near my apartment,” says Heidenreich. “They give the beer unique lemon and grapefruit character.”

Bonus: A one-liter pour of Munich Pale Ale, Lemon Weizen, or any beer at Paulaner is now $13, down $5.