In Normandy, a Taste of Cider’s Past, Present and Future

What to try and where to go if you’re craving a deeper, more complex and ultimately more modern understanding of this iconic cider region. 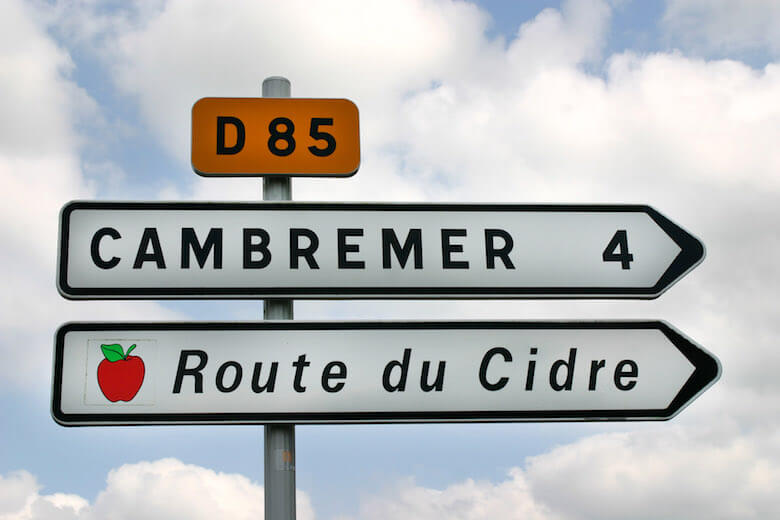 About a two-hour, $40 round-trip train ride due west of Paris, the Route du Cidre connects 15 or so centuries-old orchards throughout the Pays d’Auge natural microregion. Photo credit: Christian Bosshard

Any trip from my Crown Heights apartment on a frigid January night is a special occasion. A craft cider dilettante and flaming francophile (I lived in France pre–New York), I had enough reason last winter to attend a discussion with esteemed Normandy cidermaker Jérôme Dupont about how French cider is “markedly different from the Wild West mentality in the U.S.” My willpower paled in comparison to most of the room, though; they were nearly all professional cidermakers coming from as far away as the Finger Lakes.

The fervent pros wasted no time at Orchard Street’s Wassail, the city’s first craft-cider-centric bar and all-around forum. They drilled Dupont on his techniques, gunned for trade secrets and reminisced about a formative 2010 trip to his operation that some of them had taken; my FOMO flared. Apparently Glynwood, a Hudson Valley–based nonprofit supporting local food systems, had organized the exchange that ultimately reinforced a desire for cider made with estate-grown fruit, like in Normandy, to become upstate New York’s signature beverage. Intrigued and buzzing on my fourth glass of Dupont’s 2014 Bouché Brut, I decided it was my turn to visit this destination where, unlike in the States (thanks, Prohibition), you can still experience cider’s centuries-long history. 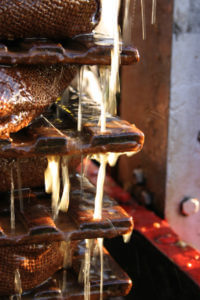 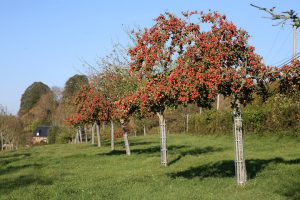 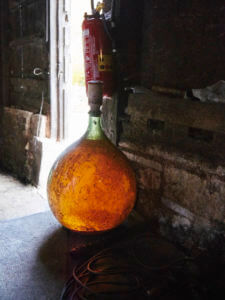 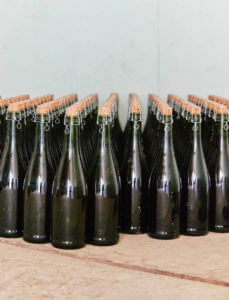 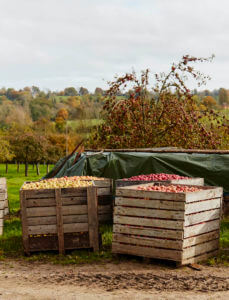 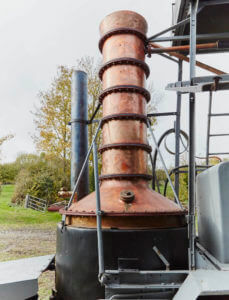 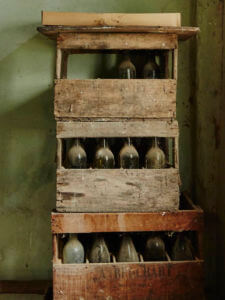 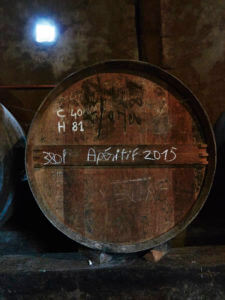 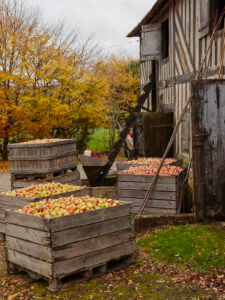 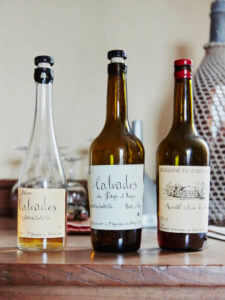 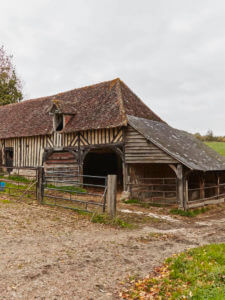 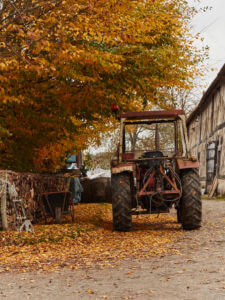 But first, a Normandy primer: According to Dan Pucci, now Wallabout Hospitality and Events beverage consultant and the city’s first pommelier working at Wassail at the time, the differences between American and French ciders begin at the orchard. The different playing fields naturally affect flavor and, in accordance with their distinct apple varieties and tree nutrition, the French traditionally employ a “keeving” process (an extended maceration time with the pulp) for an overall slower fermentation. French ciders tend to be sweeter as a result, with a Champagne-like texture. They’re also generally less acidic and more tannic than their American counterparts, with fairly consistent mineral, overripe fruit and washed-cheese-rind-like notes; Pucci likens them to pétillant-naturel, or naturally sparkling, wines.

It’s also important to note that cider is not a popular drink in France. Contrary to the American cider aficionados I know, my French friends raised their eyebrows when they learned the inspiration for my trip. Cider to them is a pedestrian “old person’s drink” as compared to wine or increasingly popular craft beer. In my mind this only made visiting traditional cider operations all the more important.

I chose the tourist-targeted 25-mile-long Route du Cidre, aka cider road, to start my tasting. About a two-hour, $40 round-trip train ride due west of Paris, it connects 15 or so centuries-old orchards throughout the Pays d’Auge natural microregion. They grow dozens of bittersweet apple varieties that are almost entirely destined to become cider, Calvados (barrel-aged apple brandy), pommeau (a Calvados and apple juice combo) or simply apple juice. Cattle roam under widely spaced branches true to Impressionist painters’ depictions here, leaving fertilizer and managing pests as they graze on fallen fruit (you’d be lucky to see anything bigger than a goose in American orchards because of the E. coli risk for our large eating fruit crops).

Turns out this Route du Cidre is as idyllic and educational a portal as any, especially if you want to visit cideries walking a fairly straight Pays d’Auge Appellation d’Origine Protégée (AOP) line, or a European Union–level legal regulation for the origin and production of their cider. Four of the six small-scale certified makers who I visited are the keepers of the area’s refined, standardized beverage, but you’d be remiss to only stick to the Route, though, if you’re craving a deeper, more complex and ultimately more modern understanding of the region.

That said, I quickly learned that you can’t always visit operations outside of the Route, so best check in advance. I fortunately had a string-pulling privilege with Christian Bosshard—a former mayor, current tourist office president and indefatigable champion of the local apple economy—as my personal guide (I promise that he is more than happy to answer any question you might have about Normandy cider, ever). He made chummy calls to accommodate my requests; I felt lucky as we rolled up to Julien Frémont‘s bucolic half-timbered barns. 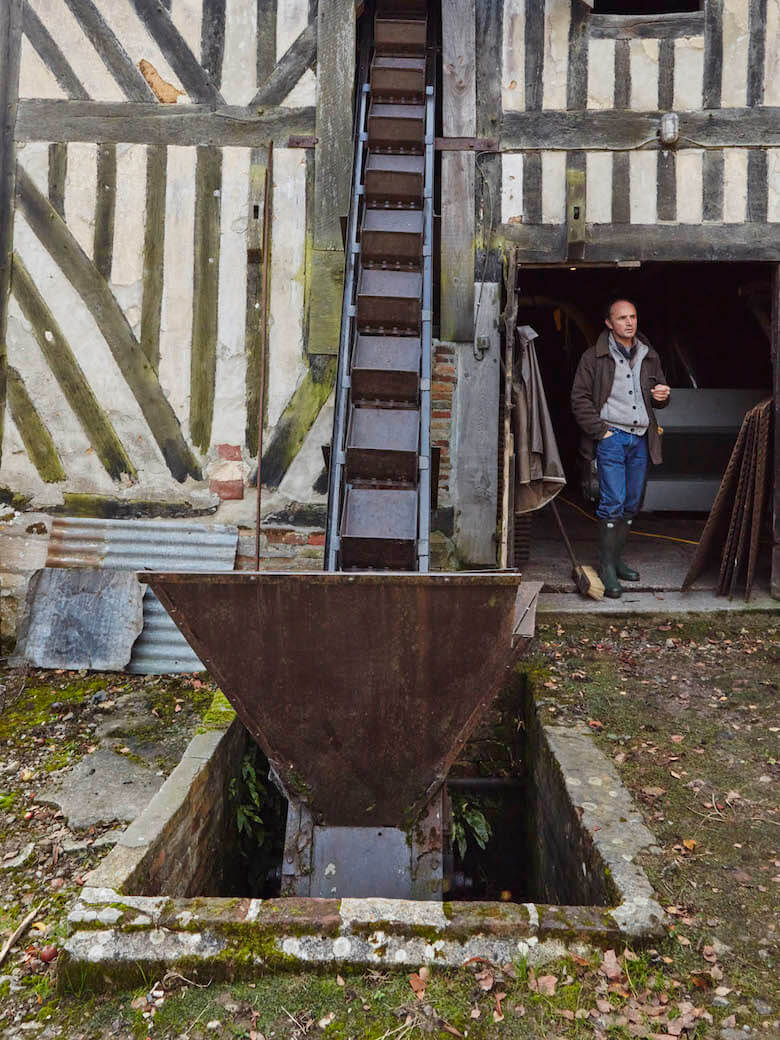 Genteel and self-effacing, Julien Frémont greeted us on the 100 acres where his family has made cider and raised cattle since 1759. Photo credit: Christina Holmes

I first heard about Frémont last spring while visiting Shacksbury Cidery in Vergennes, Vermont. Their team raved about his natural techniques that are very much akin to natural wines in execution and philosophy, a reflection of Frémont’s previous winemaking experience. Genteel and self-effacing, he greeted us on the 100 acres where his family has made cider and raised cattle since 1759.

It’s immediately apparent that his practice is as age-old as it is renegade: For example, Frémont still presses his handpicked apples with equipment that his ancestors built in 1765, but instead of following the sweeter, AOP-dictated formula, he makes drier blends to his liking. It’s an atypical approach in these parts but a popular custom for a newer generation of French cidermakers who want to interpret terroir on their own terms. Both the larger cider and wine worlds have noticed, and you can find his acclaimed bottles alongside some other up-and-coming names both internationally and in Paris’s pioneering natural wine bars.

Soon back on the Route, we headed to Jérôme Dupont’s Domaine Dupont, the initial inspiration for my trip. Dupont welcomed us to his palatial, visitor-friendly property that his family has worked since the late 19th century. His father, Étienne, is an important figure in the region for having helped professionalize local cider production, creating the Route du Cidre and establishing the AOP certification. Surprisingly though, the Domaine no longer produces their ciders according to AOP requirements; these days they prefer balancing their ciders’ acidity, bitterness and fruit expression to make drinks with a “sparkling apple wine” spirit. The nature of the AOP in-bottle fermentation also makes them less stable and difficult to transport at scale. 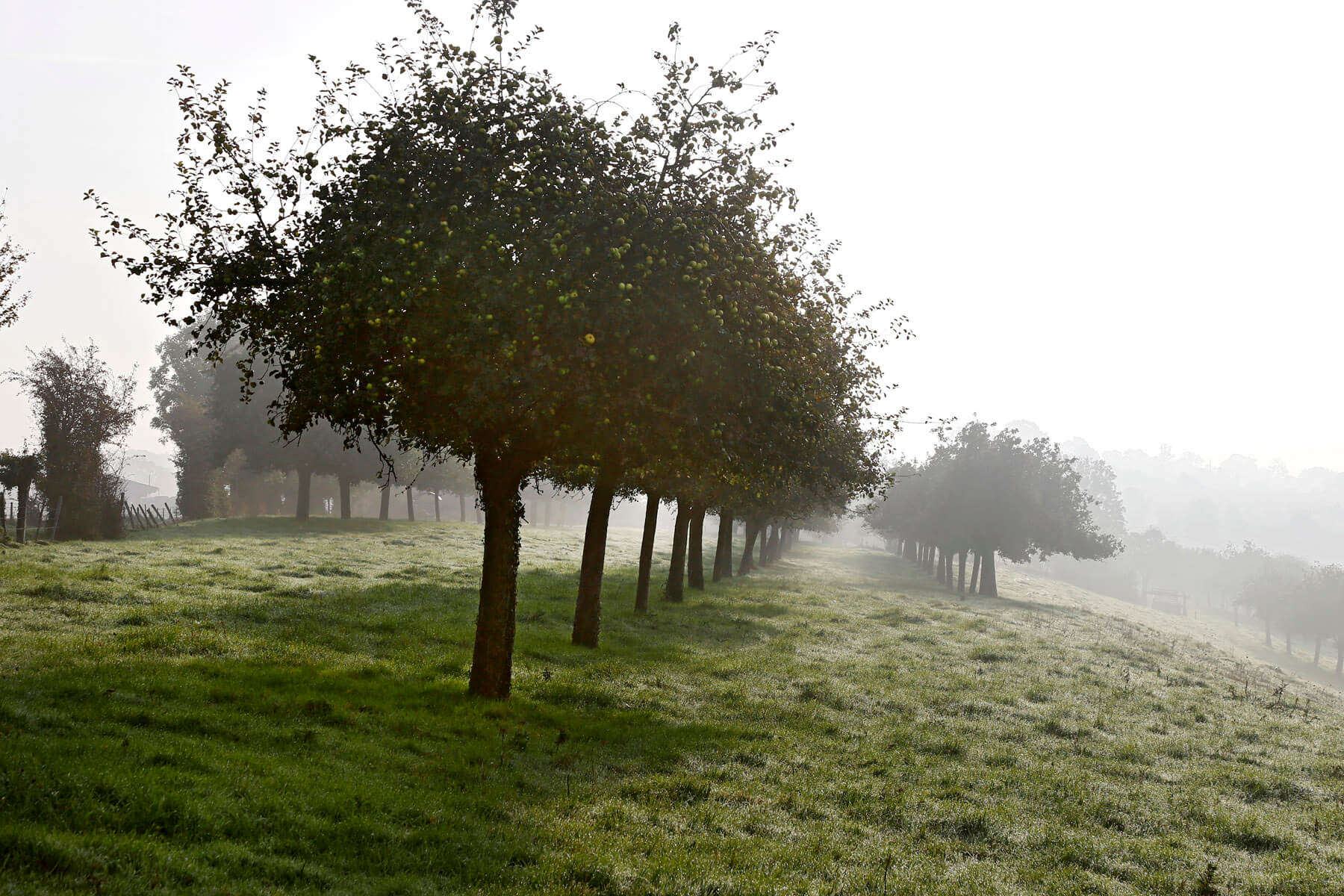 With 60 percent of their ciders devoted to exports, it’s no coincidence then that Domaine Dupont is one of the most internationally recognized names in French cider, as well as one of the most revered. They’ve pursued the international market since the 1980s with a desire to make Pays d’Auge ciders as well known and respected worldwide as, say, Burgundy wines. Domaine Dupont is constantly studying drinking culture elsewhere to inspire the evolution and relevance of their offerings, making nontraditional products like ice cider and Calvados cream (think a very high-end Baileys). They consistently bottle admired ciders that generally skew more acidic, and I would happily replace any Champagne with their lower-alcohol, less-expensive and equally elegant Cidre Dupont Réserve.

For every cidery that bucks the AOP tradition, though, the majority along the Route nurture it. A standout example I visited was Manoir de Grandouet, where the Grandval family has been selling for three generations. Like the Duponts, they’ve helped advance the local apple economy by contributing to both the creation of the Route du Cidre and the AOP establishment. Their property also reveals as much of a respect for local mores as their products do: Stéphane and Lucile still use the original half-timbered buildings—some dating to the 16th century—to create consistent, well-balanced classics. Round, earthy and slightly sweet, their ciders embody the Pays d’Auge AOP standard. They happily accept visitors and offer tours. 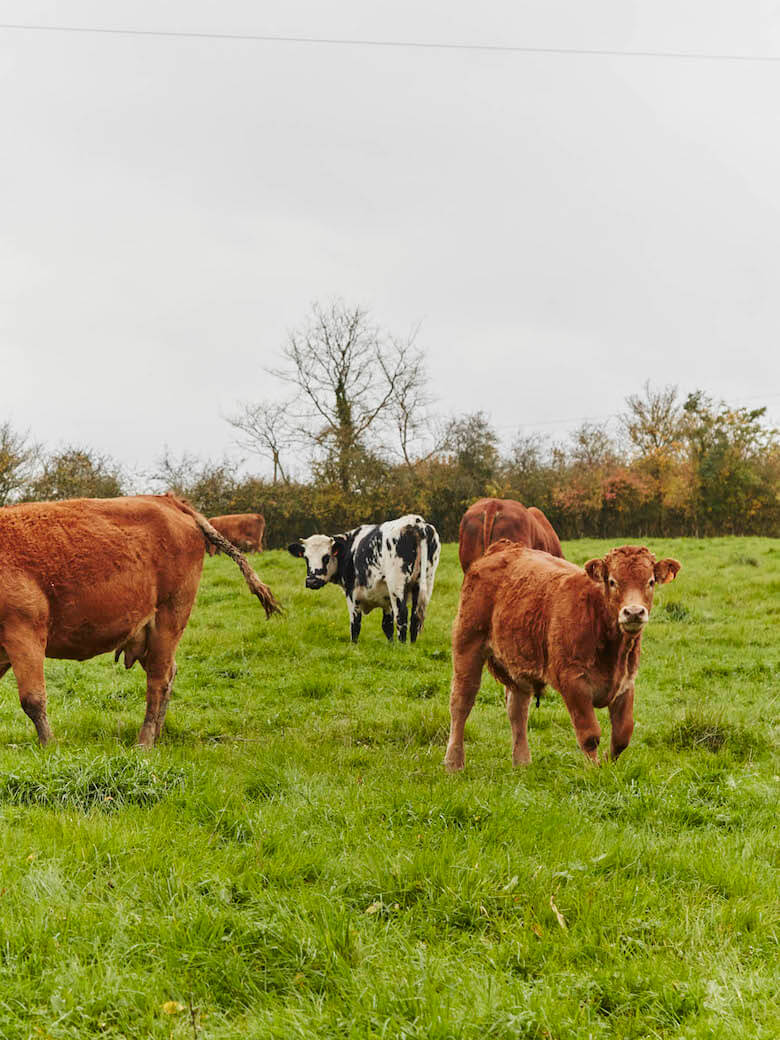 Their AOP Cuvée Réserve was actually the only cider I later took back to Paris. I knew it would be a challenge to find elsewhere and I wanted to share it with some of those doubting French friends.

A few days later in New York, I was surprised then to see myself tagged in one of my friend’s Instagrams of an open, foamy bottle of Manoir de Grandouet. Except for the caption being in French, it could have easily been a quote from that initial night at Wassail: “Look at that rich yellow color. This is an unctuous cider with a fruity, slight sweet taste. After trying it, I wonder why we don’t give it as much consideration as wine.” 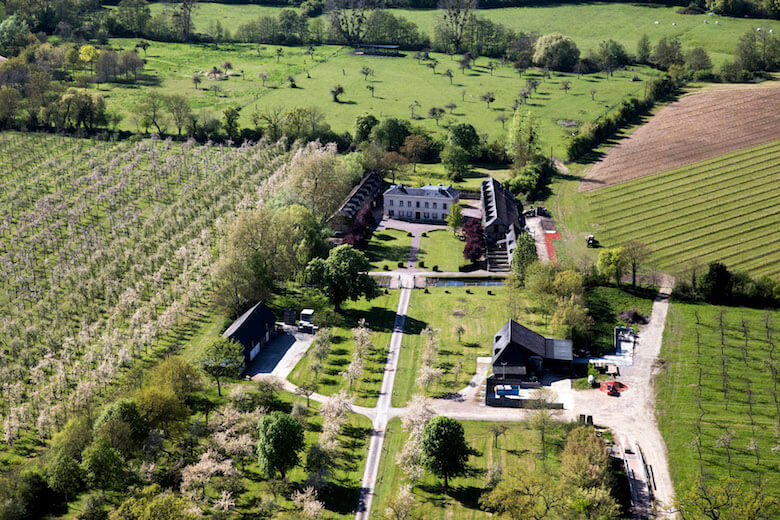 Jérôme Dupont welcomed us to his palatial, visitor-friendly property that his family has worked since the late 19th century. Photo credit: Christian Bosshard