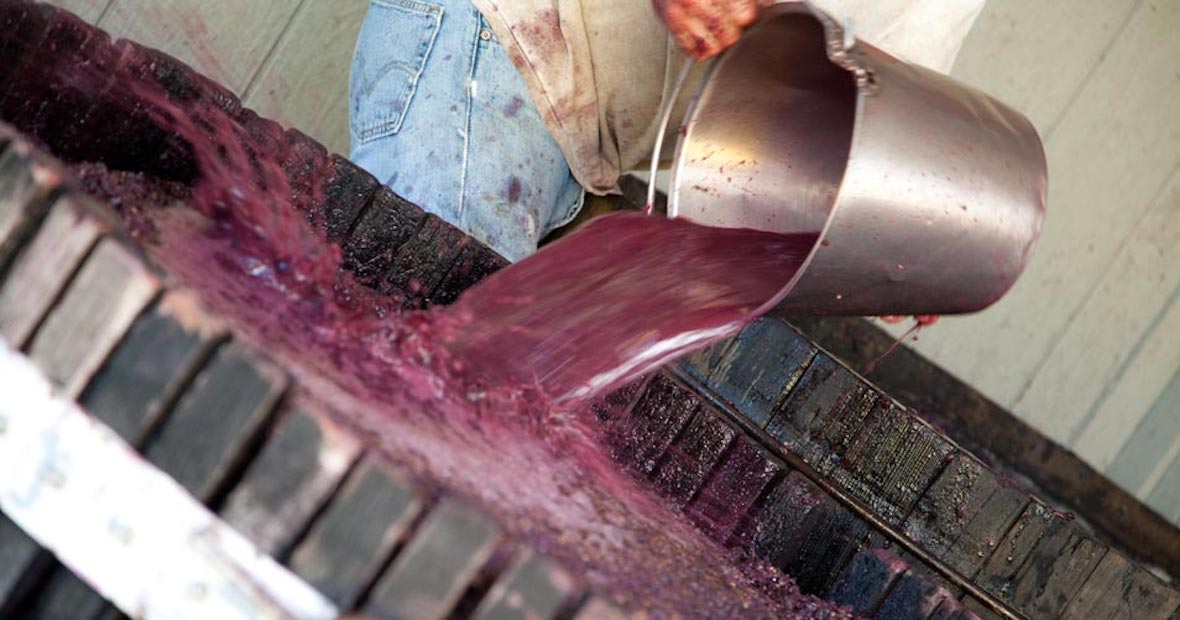 When he was just 19 years old, a precocious Jonathan Russo began collecting wine. “I traveled all over Europe drinking it,” recalls the publisher of Organic Wine Journal, the web’s go-to resource for natural, organic and biodynamic wines.

Forming good habits early is de rigueur for the Brooklyn-born, Long Island-reared entrepreneur. While farmers’ markets are now a mainstay of discerning New York shoppers, Russo, a longtime champion of sustainable agriculture, has been a regular at them since 1969. Given his forward-thinking disposition, it’s no surprise, then, that back in 2006, “when no one was paying attention to organic wine,” he launched an online publication devoted to this rapidly developing niche of the industry. “Everyone was talking about grass-fed beef, and organic wine just seemed logical. But it was just so controversial at the time,” Russo remembers. “I felt it was personally crucial to do something for the world that wasn’t contributing to the decline of agriculture.”

After meeting at a wine dinner, the likeminded Russo and fellow oenophile Adam Morganstern, a writer who spent part of his childhood in Italy sipping vino at the dinner table, launched the journal to celebrate wine as “something to enjoy, not that’s toxic to our environment.” Morganstern, who wandered the wineries of Napa and Sonoma as a screenwriter living in Los Angeles, had already made the connection that the wines he loved best, whether from France or California, were biodynamic. “The two of us have a philosophy of responsible hedonism,” he explains. “Wine should be both about pleasure and the environment.”

Manhattan native Morganstern serves as the journal’s editor, and since its debut has expanded the content considerably. A whirl through the site pours out stories with the same passion that kicked off the online sustainably-minded sipping resource from the get-go: profiles of wineries like Domaine Le Fay d’Homme in the Loire Valley, a spotlight on organic winemaking in Calabria, Italy, and a video review by Victoria Levin, general manager of Landmarc Time Warner Center of the 2010 Trousseau from Jura natural-wine darling Philippe Bornard.

Andy Besch, formerly of West Side Wines, now lends his expertise to the site as a contributor. To bring in even more readers, spirits and beers that fit the online wine journal’s thirsty ethos, like Minnesota-made Prairie Vodka and Yorkshire, England’s Samuel Smith Brewery, are also getting attention. And if you find yourself parched in the city (or, at least, guides New York, San Francisco, Los Angeles, Paris and Rome to start), OJ will be adding urban-centric sippin’ guides as well,  essentially “letting people know where to find organic wine in their city.”

Our own city has finally caught up to Russo and Morganstern’s pursuit of purity,  now teeming with wine bars and restaurants flaunting an impressive range of organic selections — among their favorites, Ten Bells, Anfora and Rouge Tomate. They couldn’t be happier with how the tide has turned, well, organically.

“Organic wines are finally getting recognition because a lot of these winemakers want to be known for quality; they’re not practicing biodynamically just for practice sake,” Morganstern explains. “We don’t want people to drink a biodynamic wine just because it’s biodynamic. It should be judged on its own merit, like with conventional wines. But if two products are equally good, why would you not take the organic one, where the winemaker lets nature do the work?”