“I dread that question!” laughs Mark Byrne, co-founder of Good Liquorworks, the distillery behind Good Vodka. As part of the team behind the first vodka made from coffee cherries, the pulpy fruit that encases coffee beans, it’s not the first time he’s been asked whether his spirit tastes like coffee.

As it turns out, Good Vodka doesn’t. The coffee fruit imparts a remarkably silky texture, and discreet flavors of pepper, anise, and vanilla, but not coffee. The vodka—distilled at Finger Lakes Distillery in Burdette, NY—retains enough of vodka’s Zelig-like neutrality to blend well in cocktails while still offering something unique for discerning drinkers.

“Vodka is typically a big empty space in a cocktail, but this vodka doesn’t create a flavor vacuum,” says bartender Nate Dobson of the Crown Heights stalwart Hunky Dory. It was one of the first locations to carry the spirit—in part, due to Hunky Dory owner Claire Sprouse’s keen environmental and social advocacy. Dobson is mixing their signature “Whoosh!” cocktail with lemongrass, citrus, and Manzanilla Sherry to showcase Good Vodka’s fruitier notes. To Dobson’s credit, Good Vodka deftly fills in the blanks to create a refreshing yet balanced beverage, but Good Vodka is surprisingly sip-able on its own.

On the Upper East Side, Good Vodka is winning customers at Vinyl Wine. The shop’s co-owner, Michael Faircloth, credits the spirit’s popularity to its accessibility and surprising smoothness. Its distinctive packaging—the bottle’s face is inscribed with the distillery’s mission to use agricultural “byproducts [to] save water, reduce waste, and support farms”—also invites you to drink in its credentials. As it happens, Good Vodka’s founders have plenty of those, too.

Mark Byrne evolved from working as a multicultural journalist—he grew up in Kenya, Zimbabwe, the Midwestern U.S., and California—to editing at GQ, to consulting with distillers, to, most notably, being the first employee at NYC whiskey pioneer, Kings County Distillery. There, Byrne operated stills at the City’s first legal distillery since Prohibition.

Meanwhile, the co-founding member of Good Liquorworks, Tristan Willey, is an alum of two legendary drinks outfits: Booker and Dax in the East Village and the Long Island Bar in Cobble Hill. His earlier work at King’s County Distillery connected him with Byrne, but a later assignment on a Guatemalan coffee farm sparked their collaboration.

In Guatemala, Willey encountered mountains of discarded coffee fruit and marshes of pulp wastewater run-off, both byproducts of coffee bean processing. Barring a tiny trade in dried coffee fruit for cascara tea, and for use as fertilizer by local farms, most of the coffee fruit is left to rot, emitting large quantities of greenhouse gases carbon dioxide and methane in the process.

Besides wanting to stem the pollution and vast nutrient waste of this process, Willey saw an opportunity to channel the pulp-rich coffee wastewater into much-needed revenue for farmers. “If you’re a distiller, all you need is some form of sugar, like a grain or a fruit, to make alcohol,” says Byrne. Good Vodka, made from coffee byproducts, is the result.

A labor of liquor love, it took Willey and Byrne five years of hard work, customs challenges, and even investment in new pulp treatment technology to create the end product. The pair’s partnership with the Federación Nacional de Cafeteros (FNC), a nonprofit that operates on behalf of Colombia’s coffee growers, helped. 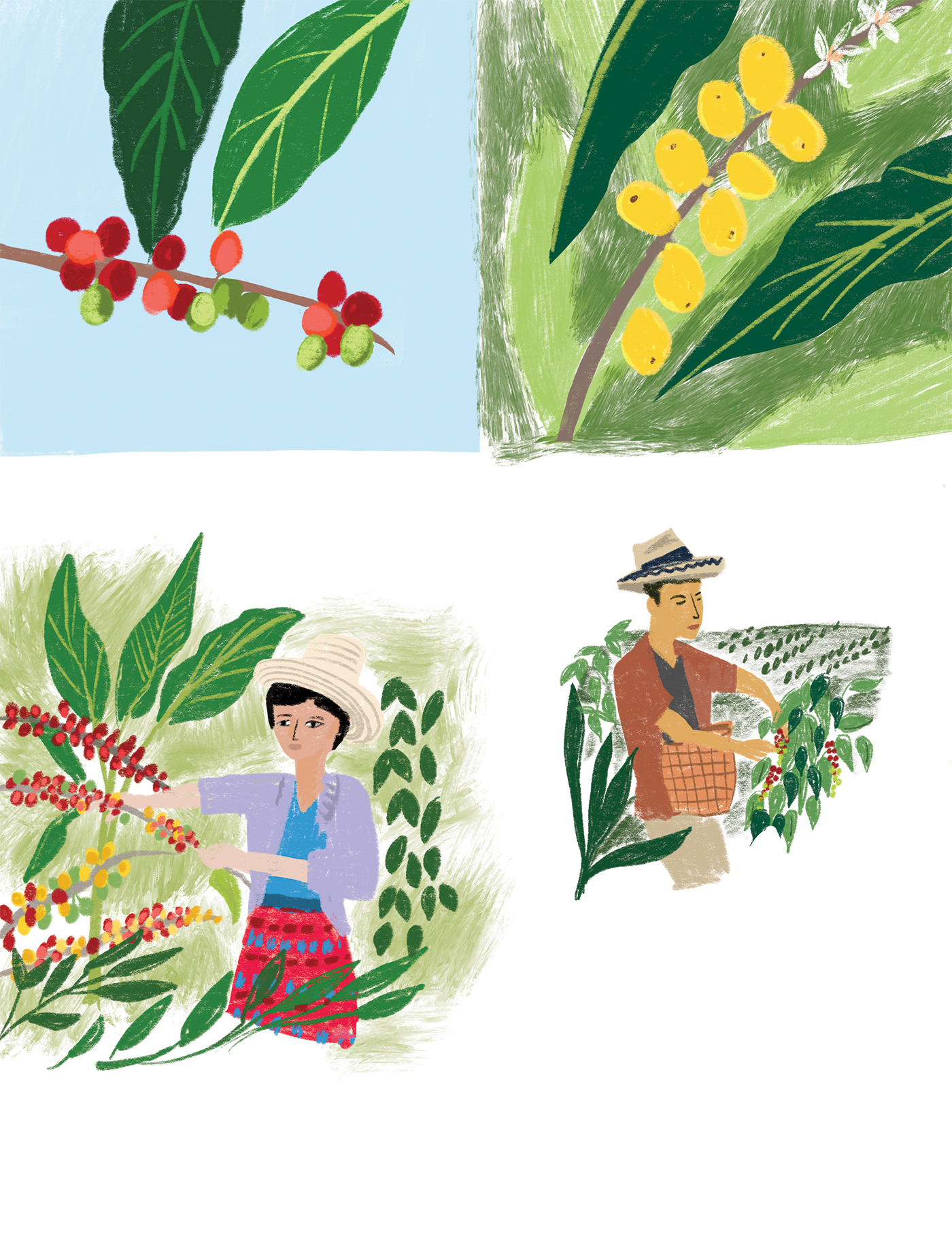 Though their first product was initially planned as a brandy, the founders struck on the idea of making more commercially viable vodka. (In both 2019 and 2020, Forbes named Tito’s Vodka the best-selling spirit by volume in the U.S.) The partners are hoping vodka’s populist appeal will better support FNC farmers and promote better environmental practices throughout the coffee industry.

Good Liquorworks also partnered with independent sustainability firm EcoChain to measure the full environmental footprint of each bottle. Typically, the higher the alcoholic content of a drink, the higher its carbon footprint per liter, according to Carbon Trust, a UK–based sustainability consultancy. Good Vodka surprised everyone.

By using farm waste and investing in energy-efficient production processes, packaging, and distribution models, every liter of Good Vodka—according to EcoChain’s end-to-end analysis—stops 15.76 kilograms of CO2 from being released into the atmosphere. That’s the equivalent of one gasoline-powered car driving 40 miles.

Whatever your take on Good Vodka, there’s certainly no better time to launch a product that benefits people and the planet. Sadly, this timing also has challenges: There was the bar-closing pandemic, and last year’s wildfires disrupted the company’s West Coast distribution plans. Meanwhile, Colombia’s coffee farmers are facing their own climate crises.

It’s a glaring reminder of how everything, from your cup of coffee to your craft cocktail, is interconnected. And finally, if we don’t start now, then when?