Milk & Hops is nearly identical to its two siblings in Queens. 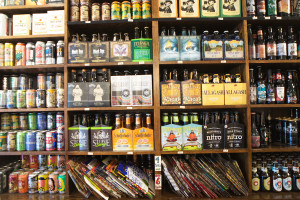 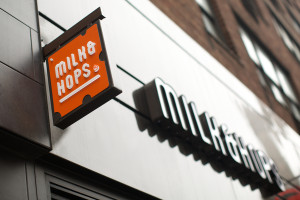 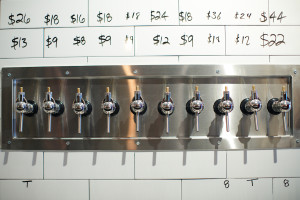 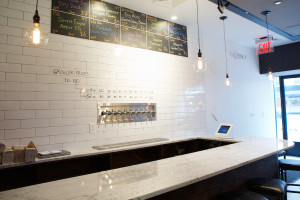 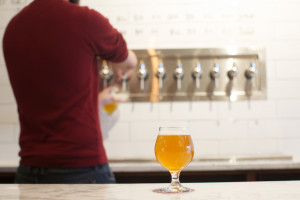 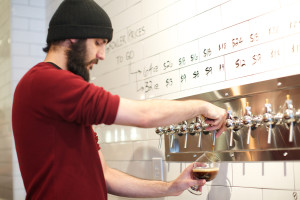 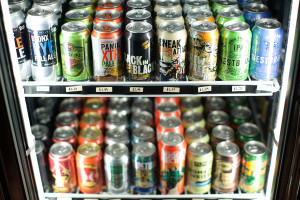 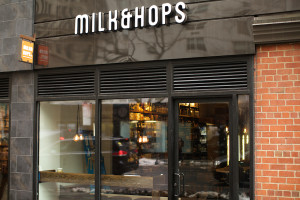 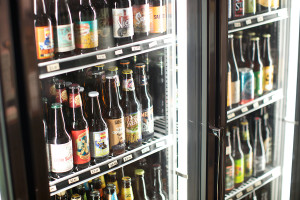 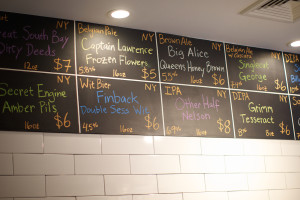 Queens has come to town: Milk & Hops, an offshoot of Astoria Bier & Cheese, opened earlier this week at 779 Broadway, between 9th and 10th Streets.

My girlfriend can attest: I purrr-fer two cats to one, and the same is true for Astoria Bier & Cheese. Yang Gao, who also owns Astoria Wine & Spirits, opened the original shop at 34-14 Broadway in September 2012. A second and slightly larger location followed at 35-11 Ditmars Boulevard in March 2014. (If Broadway is Bruce Banner, Ditmars is the Hulk, I always say, offering a muscled-up inventory — but thankfully without the primordial spells of rage and destruction!)

Milk & Hops is nearly identical to its two siblings in Queens. The layout includes a marble-topped bar and a white-tiled wall of 10 drafts labeled with tags with dope staff-drawn artwork on the right; to the left, specialty grocerystuffs from pickles to cocktail bitters. And then there are beers: 275 different bottles and cans available to drink on-site for an additional $2 per item. They also have a selection of sandwiches and platters that is identical to Broadway’s. For those headed out the door, there’s a cooler stocked with grab-and-go cheeses and meats.

Gao plans to open more shops like Milk & Hops throughout the city according to Jacob Berg, the trio’s beer manager. Its opening lineup of drafts is dominated by New York City breweries, and “with the industry’s growth, especially locally, I have the luxury to never duplicate a keg for up to a year, so we can really show people how much diversity is out there,” Berg says.

Brews are all available to consume in-house or to-go in growlers: