Empire Spirits Project’s bottles have distinct flavor profiles that, unlike classic gin, are purposely not juniper-forward. 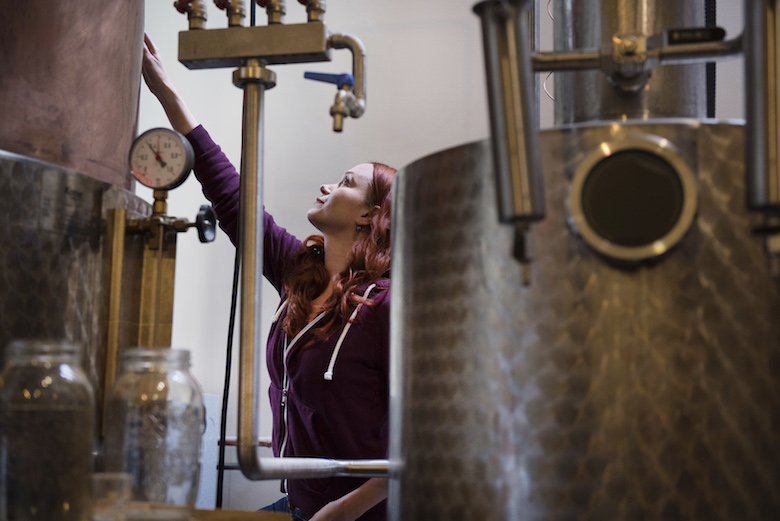 Empire Spirits Project distills up the MetroNorth in Yonkers.

You can tell by the bottle that these are no ordinary gins. Black, matte and topped with wax in varying shades, the three expressions of Empire Spirits Project’s culinary gins stand out on the shelf. This, of course, is by design. They’re a new gin, a very different kind of gin, and that immediate attention is priceless.

Co-founder and distiller Jake Sawabini started the business “sort of as a dream five years ago,” he says, but they launched in June of 2016 (they’re headquartered near Penn Station and distill in Yonkers), along with co-founders Norman Rothstein, Allan Rothstein and Thomas DelVecchio. He’d spent a decade in fine dining as a chef before moving to wd~50, where he worked the front of the house—that’s when wine and spirits started to grab him. 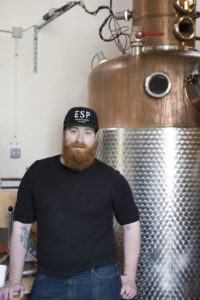 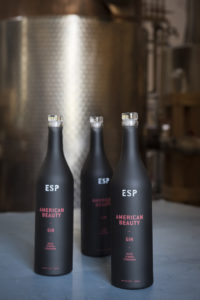 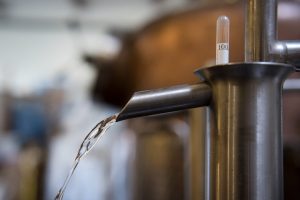 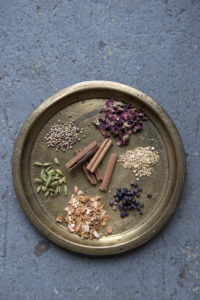 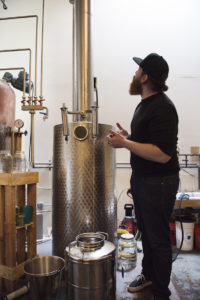 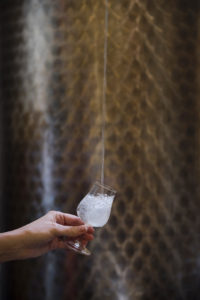 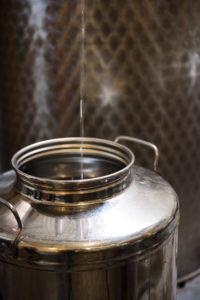 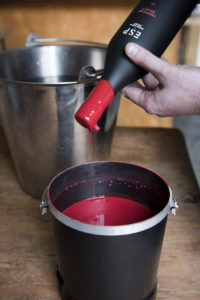 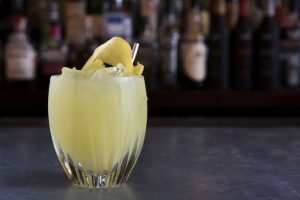 “When I was in the kitchen, it was just food, and there’s not a whole lot of time to drink when you’re working 12 hours a day,” Sawabini tells me over drinks at the Standard Grill. “It was such an eye-opening experience to see this whole world of what was going on. It was a smack in the head. I was working in one of the most forward-thinking kitchens, so where do you go when you’re already 10 years ahead of everyone else? What worlds are left to conquer?” Spirits, he discovered, were a natural extension of his love of food.

That culinary background is what drew Gates Otsuji, regional chef de bar at Standard Hotels, to the striking bottles. “I’d heard that ESP gins were crafted by a chef who had formerly worked at wd~50, so I figured that they’d be well-designed, in terms of both flavor and function,” Otsuji says. “The night I met Jake Sawabini, I was seated for dinner at a table with him—we talked on and off the whole time, and he was really attentive to ensuring that everyone at the table was included in all parts of the meal. With someone so thoughtful behind the brand, I had a feeling that ESP gins would be intriguing to work with, that all the pieces of the flavor arcs would be intentional.” 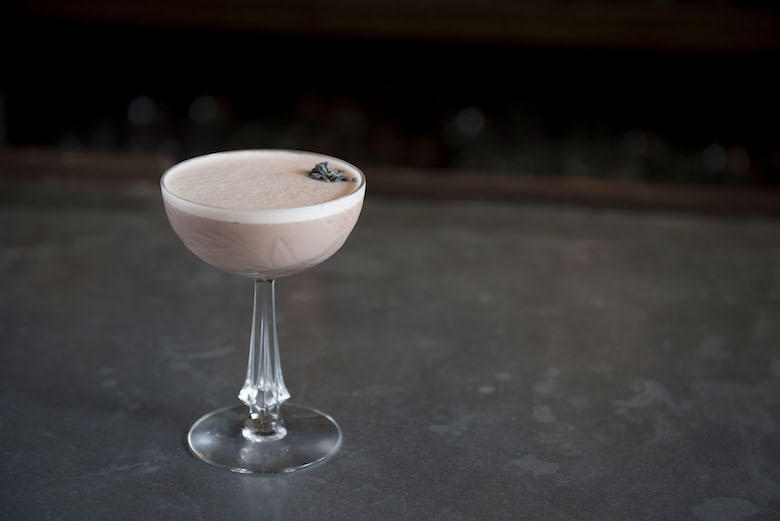 Bâtard’s bar combines the smoked gin with cassis, lemon juice and a whole egg for a drink called the Smoked Cassis Flip.

And they are. The three expressions all have distinct characters that are purposely not juniper-forward like a classic gin. American Beauty is floral, with rose, ginger and cinnamon. If you’re afraid of anything with flowers tasting like a bottle of perfume, don’t worry: This one is balanced, with the spicier notes keeping the rose from taking over. Noho puts saffron in the fore, with cardamom and orange as well, and the yellow color it takes on makes it a gorgeous choice even for the simplest concoctions. “I love cardamom, so I end up using the Noho quite a bit,” Otsuji says. “I’ve found that it works equally well with savories, sweets and sours. It has a clean but richly flavored finish that really delivers on expectations.”

Then there’s perhaps the oddest bottle, the Smoked, which features applewood-smoked juniper, peppercorn and caraway. At Bubby’s in the Meatpacking District, they use it in a Bloody Mary to deepen the familiar flavors. Its possibilities make this gin both interesting and challenging for bartenders to use. “In a sweeter cocktail, the smoke comes to the fore, but in a drier, herbaceous context, it’s the peppercorn that takes the lead,” says Otsuji. “If you’re the kind of bartender who’s really good at the culinary end of things, you can go to some interesting places, drawing out different aspects of the botanicals as you vary the recipes for your mixers.”

As for how each came to be, Sawabini says that he approached the spirit as a chef improving upon a classic recipe. “We’re starting to see people expand the botanicals in small ways. We thought we could do it in a bigger, more radical way.”