Prohibition turns 100 this year and, well, we all know how that turned out. 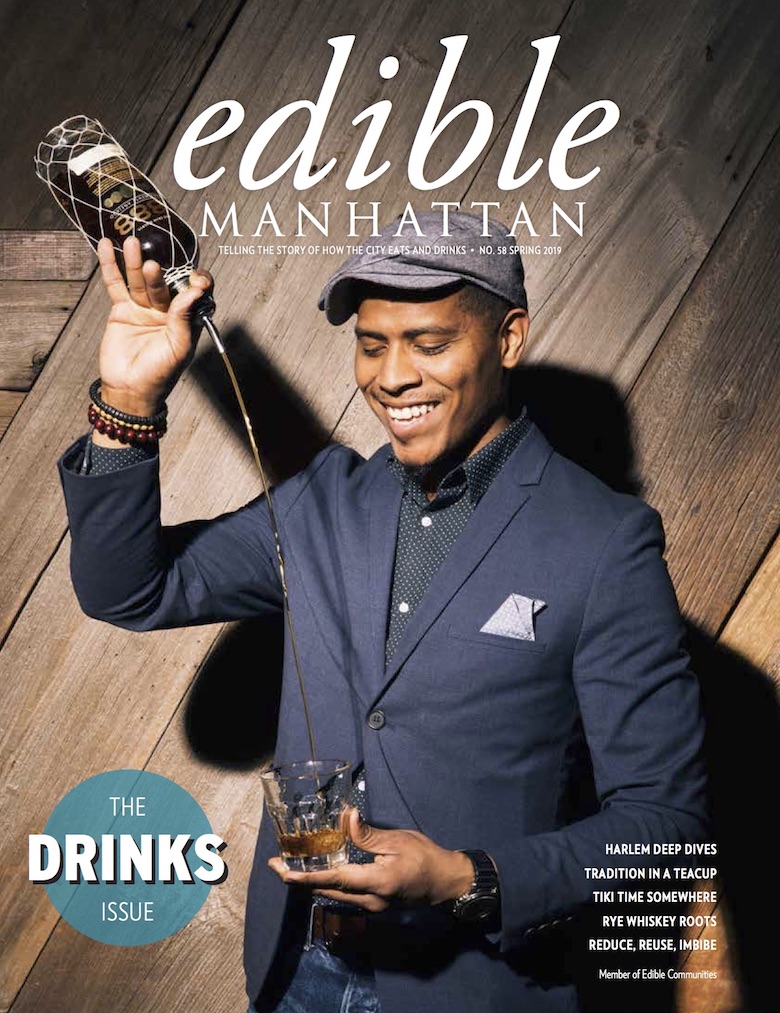 Editor’s note: You can read the full “drinks” issue here. It also includes stories from Edible Brooklyn, Edible Long Island and Edible East End. Use this map to find a hard copy near you, or better yet, subscribe here.

It’s hard to believe that booze was ever illegal in this town. Prohibition turns 100 this year and, well, we all know how that turned out.

New Yorkers never really respected the law anyway. Quick history refresher: The establishment of the 18th Amendment spurred illegal booze markets, emboldened corruption and crime and ignited an, ahem, spirited speakeasy scene to say the very least. At the same time, though, New York’s drinking culture could never return to what it had been since the law also uprooted the Northeast’s hard cider orchards, sent the city’s bartending talent packing and quenched established breweries.

But let’s fast-forward to this issue, our annual “Drinks” edition, to see how far we’ve come and where we’re going.

For starters we’re making drinking a lot more convenient, and wine expert Amy Zavatto details how local wineries are now canning their vino so drinkers can boldly (and not always legally) take it where they were clumsily smuggling it before. (News to us: A LaCroix-size portion actually holds an entire half-bottle!)

Then as we’ve documented in recent years, New York’s cider makers are essentially rebuilding a pre-Prohibition drinking culture from scratch. The Hudson Valley’s Metal House Cider is one such operation, and Mandy Naglich shares why their drinks are rare jewels.

You might think Eric Ginsburg’s Strong Rope profile is just another Brooklyn brewery story, but by using entirely Empire State–sourced ingredients, we learn that the brewery’s actually on a growing mission to revitalize our regional beer economy. And when it comes to spirits, Alicia Kennedy also shows how some distillers are laying claim to local terroir while restoring the historical legacy of New York rye whiskey.

And what if you just want a drink? Harlem always inspires, and Emma Cosgrove picks out three neighborhood bars with meticulously curated inventories worth your attention. Elizabeth Dunn takes us to Prospect Heights, where Olmsted cuts the bar clutter crap to both curb their waste and find flavor in unexpected ways. And a few blocks over in Crown Heights, rum expert and Glady’s beverage director Shannon Mustipher also shines with a bright pineapple drink and a glimpse inside her own personal bar cart.

I hope this latest issue makes you as thirsty as it did me. The good news is that, for the last century at least, getting a delicious drink in this city has never been easier.