With a menu sorted by country, customers can sip the subtle differences that result from geography and climate. 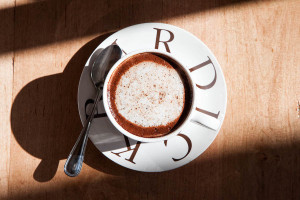 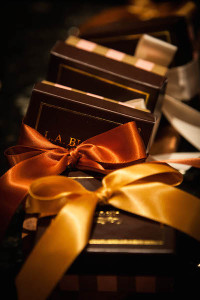 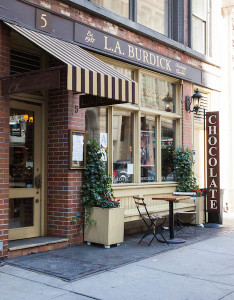 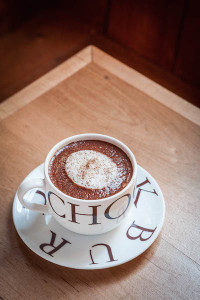 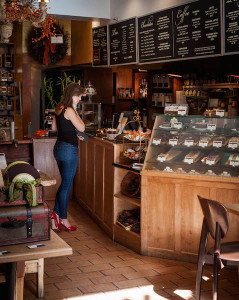 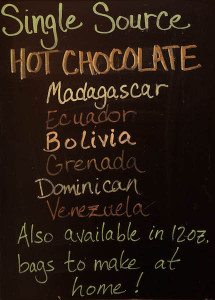 The menu, sorted by country, offers a liquid tour of the world’s premiere cocoa-producing countries — Bolivia, Brazil, Ecuador, Grenada, Madagascar, Peru, Venezuela — each served as opulent “drinking chocolate” so customers can sip the subtle differences that result from geography and climate.

“Every bean has its own characteristics,” says L.A. Burdick’s Michael Klug, a cocoa individualist and German native who tempered plenty of chocolate while pastry chef at Lespinasse, Chanterelle and the Mark before signing on as the brand’s head chocolatier.

But while the hot chocolate is novel, Burdick is hardly new to the cocoa party. Founder Larry Burdick fell under its spell over 30 years ago in Switzerland, brought home a chocolate pot, cutting guitars and dipping forks, and launched his eponymous brand in Red Hook in 1987 — a generation before that neighborhood was an artisan incubator.

He and his wife and co-founder, Paula, bought raw ingredients from smaller regional suppliers to improve transparency in an industry plagued with civil rights abuse and environmental devastation, particularly in the West African regions that produce most of the world’s cocoa. Their pursuit of superior sources led the Burdicks to the Caribbean island nation of Grenada, the aptly named “Spice Isle,” whose beans are famously fragrant but make up less than 0.01 percent of the world’s cocoa supply.

But Grenada is one of L.A. Burdick’s many worldwide sources, and to showcase the variations in terroir, they launched a line of single-source chocolate bars in 2006. “In the beginning it wasn’t really sought after [by customers], but the flavors were so incredible,” Klug recalls. A hot chocolate tasting was a natural next step.

He blends each batch to showcase the bean, customizing cocoa butter and sugar percentag- es to accentuate each region’s expression. Cocoa from Madagascar is bright with spice and snappy acidity. Beans from South America tend toward dark complexity, apparent in the balanced, nutty hot chocolate made from wild Bolivian cocoa foraged from the country’s rainforests, never touched until it’s picked.

Klug suggests customers taste their way through all the single-origin hot chocolates to find a favorite. There are seven, one for each day of a particularly tough midwinter week or as a tasting menu for an afternoon staycation with a few hedonistic friends.