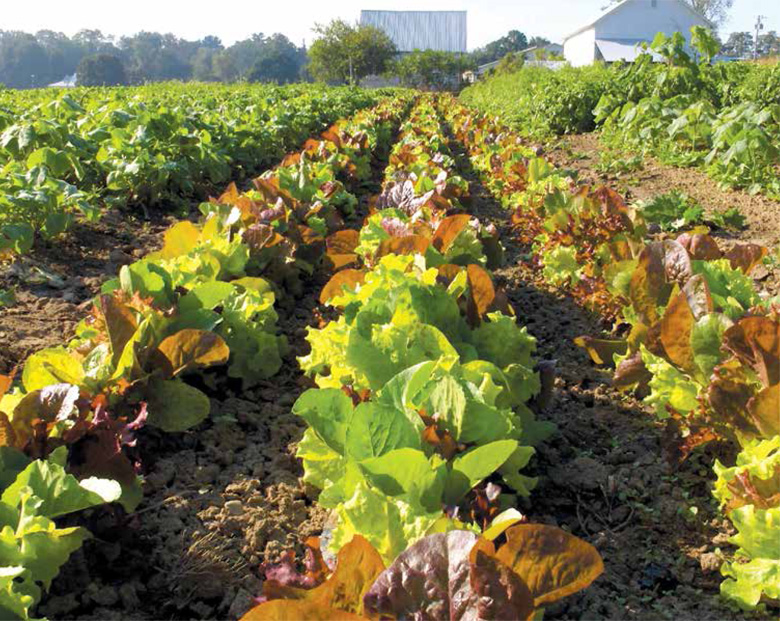 Last year, David Rowley was in a pickle. His farm, Monkshood Nursery, close to the Hudson River in Stuyvesant, New York, was doing well, selling organic fruits and vegetables at several Manhattan Greenmarkets. Rowley, a Brit, had married an American and started Monkshood in his wife’s backyard, expanding in 2003 to an 82-acre rented plot.

But as the business grew, the fact that the land didn’t belong to him—that he could be kicked off it at any time—was becoming more of a problem. He needed barns, greenhouses and irrigation piping.

“But how much money,” he wondered, “do you sink into a rental property?”

Nor could he buy: With developers paying megabucks for land on which they could build second homes and strip malls, good farmland was priced way out of his reach. “There’s no way a business my size could afford to buy an 80-acre farm in Columbia County,” he says, which could run to a half million dollars. Not the kind of money banks were giving out to vegetable farmers.

Still, Rowley had lots of people rooting for him: his landlords, a neighbor who liked living next to a farm, and the Hudson Valley Agribusiness Development Corp. (HVADC), which works to keep farmers farming. But none of them, by themselves, could help him expand and feel confident his business was secure.

That’s where the Columbia Land Conservancy came in. It’s one of many hundreds of similar organizations around the country—such as the Peconic Land Trust on Long Island—working to preserve open space. Land trusts occasionally buy land outright, but their more cost-effective tool is to separate the right to develop land from the land itself. By buying the development rights, or arranging the sale of the rights to another organization, they not only protect the land but also sharply cut its market value, making it much easier for farmers to buy—or stay on—their land.

But neither land trusts nor the other organizations working to save farms like Monkshood have enough money to do it single-handedly. So Marissa Codey, the conservancy’s manager of conservation and agricultural programs, set up a meeting with Rowley and all the different people who were trying to help him, to see what they could do if they worked together.

It was a complicated deal, with each part dependent on the others, but that’s par for the course, says Codey. With the help of HVADC, Rowley developed a business plan to show the farm was financially sound. Scenic Hudson promised to buy the development rights to the land, which accounted for about half its value. Rowley’s neighbor, who had money to invest (and a view to protect), gave him a market-value mortgage to buy the property. Rowley then sold the development rights to Scenic Hudson, and handed the payment over to his neighbor to cut his debt and make it more manageable. (The neighbor also gave Rowley a long-term lease on an additional 84 acres, giving him plenty of room for expansion.) After all the deals were done, Rowley ended up paying an affordable $250,000.

Using the same technique, the Peconic Land Trust helped East End chicken farmers Chris and Holly Browder expand their operation last winter by buying a 13-acre farm in Mattituck. In this case, the Trust bought the farm outright and sold the development rights to the county. Without its development rights, the land became cheap enough that the couple was able to swing the payments on the mortgage.

New York State has around 100 land trusts, according to the Land Trust Alliance. They range from super-local like the Kingston Land Trust and the Manhattan Land Trust, which protect and support town and city gardening, to the enormous American Farmland Trust, which spans the country. And they’ve saved a lot of land: Just one trust, the New York–based Open Space Institute, covers the East Coast from Canada to Georgia, and has over the past 40 years kept developers off 120,000 acres.

Without their efforts, New York City locavores might have a much harder time buying luscious strawberries, peaches and ears of corn.

The problem in a nutshell: Most farmland is worth more money to a developer than a farmer can pay for it. Farming is far from the world’s most profitable occupation, so farmers and their families face a strong temptation, and often a desperate financial need, to get the greatest possible value out of what is, in most cases, their only asset. The problem becomes more acute as working farmers age; the average age of a farmer in the United States is approaching 65, according to the USDA.

Part of land trusts’ efforts is to change laws that make preserving land difficult. More land could be saved if more farmers donated development rights, in return for a tax deduction, instead of selling them. But what’s the use of a $250,000 tax deduction to a farmer whose annual income is maybe one-tenth of that? So land trusts are pushing to revive a now-defunct tax provision that allowed the farmer to spread the deduction over as much as 16 years.

Another big push: changing tax policies that are skewed toward real estate development. Generally, in the United States, land is valued for tax purposes at its most valuable possible use. When a farmer dies, the estate tax does not reflect its value as a farm, but what it would be worth to a developer, often leaving heirs no choice but to sell and see the family farm fields become a construction site. The Peconic Land Trust was founded by John v. H. Halsey 30 years ago when a neighbor faced that problem. It is backing a proposal to allow land with conservation value (like farms) to be valued at their current use, and to defer estate taxes as long as the land is farmed.

But though these policy changes are important, what keeps land trust officials going is the results of their work: the gardens in poor neighborhoods the Manhattan Land Trust is turning into oases that supply fresh food to local charities, and the CSA that Papo’s Garden in East Harlem runs for its neighbors. The organic farm the Kingston Land Trust set up in the middle of town grew 130 different kinds of vegetables on a quarter-acre plot.

When most people think New York, they think Gotham, says David Haight, New York State director of American Farmland Trust. But thanks in good part to the efforts of its land trusts, New York is actually still a farming state, one of the country’s leading producers of milk, apples, cabbage, grapes and—oh, yes—wine.

Each farm saved helps support the food web that nourishes all New Yorkers, whether they live on a farm upstate or in a Tribeca loft. More than that, it connects us to our food, says Robert DeLuca, president of Group for the East End.

“When we lose a farm,” he says, “we lose the opportunity to learn where our food comes from, how it looks, how it grows.” Farms help ensure clean air and water, protect animal habitats and provide a buffer against the worst effects of climate change.

And they feed our souls. At the end of the day, says Tally Blumberg of the Open Space Institute, “what open space gives us is simply peace of mind that it is there.” •