According to Jalal Sabur, everyone should have the right to choose what food they put in their body. 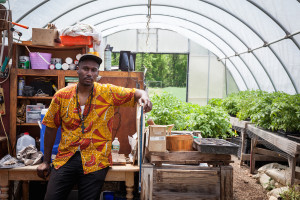 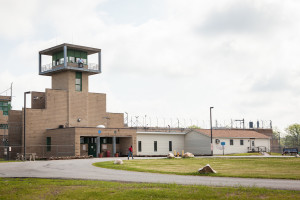 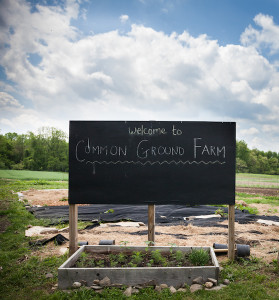 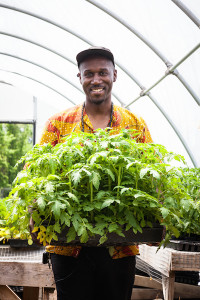 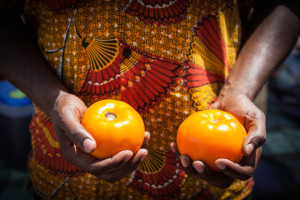 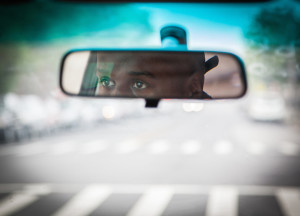 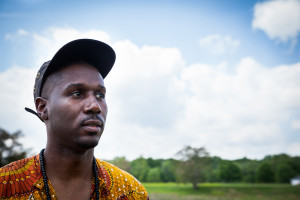 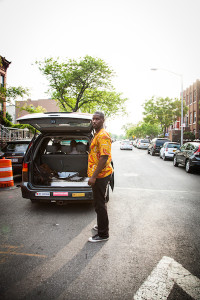 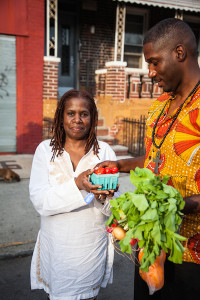 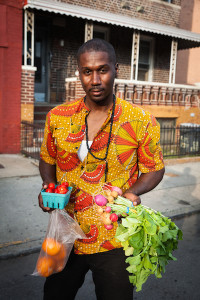 Jalal Sabur, 36, packs CSA goodies into a canvas bag from the cooler in his trunk: kale, lettuce, chard, collard greens, onions and bell peppers. The vegetables smell sweet and earthy; the onions are spotted with Hudson Valley dirt. Deep purple and green leaves poke out, like bows garnishing the gift.

With Sabur is Rita Docier, a petite woman with thin, graying dreadlocks. She is sure that her youngest son, Isaiah, is going to be thrilled to receive the vegetables — he’s a foodie and misses her cooking dearly. Isaiah’s favorite home-cooked meal is black-eyed peas, which she cooks with bacon or chicken neck. She says that “every time he calls he asks, ‘Ma, what’d you cook today?’”

Docier takes the bag of vegetables from Sabur and heads up the concrete stairs with her husband, her six-year-old grandson and her three-year-old grandnephew in tow. They walk around the corner and into the visitor entrance of Green Haven Correctional Facility, a maximum-security prison in upstate New York.

Isaiah, 25, has been locked up for four years for “being in the wrong place at the wrong time,” according to Docier. He was set to go to college, she says, before the incident that put him behind bars — which she didn’t care to elaborate or dwell on. Today Docier was here to see her son, and bring him some nourishment. Because of good behavior, Isaiah is allowed to have a small cooking facility in his cell — he can boil or fry the greens.

This is Docier’s third trip with Sabur. The journey started around 8 a.m. when he picked the family up at their home in Flatbush, a predominantly Caribbean neighborhood in East Brooklyn. They made it to Green Haven at 10 a.m. sharp, just in time for visiting hours.

Sabur’s van line, Victory Bus Project, transports people from New York City to visit incarcerated loved ones. Though three-quarters of New York State’s prisoners are from the five boroughs, prisons are by and large upstate. Some are as far as a 9- or 10-hour drive away, making it difficult — and expensive — for family members to visit.

Access to farm-fresh food is not something that many prisoners have — not to mention their families. (If there are leftover vegetables, which there were this day, families take them home.) Sabur’s work falls under the umbrella of food justice, which he considers the cousin of social justice and environmental justice. “It’s just making sure that everyone has access to the most nutritious, healthiest food possible,” he says. Everyone should have the right to choose what food they put in their body, Sabur adds, both for health and cultural reasons. 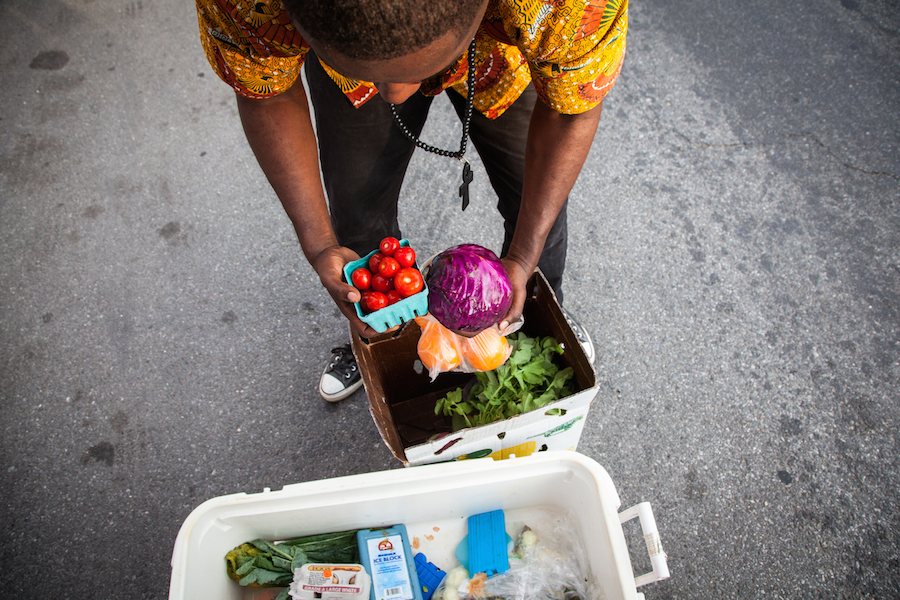 Sabur’s work falls under the umbrella of food justice, which he considers the cousin of social justice and environmental justice.

Sabur also regularly brings food to political prisoners across the state, many of whom are aging and have health problems. Earlier this year he spent an afternoon with Robert Seth Hayes, a former member of the Black Liberation Army. Hayes, 67, has been incarcerated since he was 24. He is a petit man who wears gold-wire-framed bifocals. He and Sabur sat side-by-side at one of 12 identical round tables, reminiscent of elementary school cafeterias. At other tables, couples held hands, children sat on their fathers’ laps. The smell of microwave popcorn permeated the room. Tall vending machines against the wall dispensed popcorn, candy, packaged hamburgers and chicken sandwiches.

Hayes suffers from diabetes, which he developed in prison and which the diet there exacerbates. “A person of my age and with my afflictions,” he said, shaking his head, “and all we eat is white rice, white pasta. The problem with the state is that it’s one diet fits all — they just worry about calorie count.” He relies on Sabur’s visits to get fresh produce. A bag of vegetables and apples would be waiting for Hayes when he returned to his cell. (Sabur gave it to security guards for inspection on the way in.)

Hayes says other inmates often attribute their lack of visitors to the cost of bus tickets; he helps Sabur organize on the “inside,” spreading the word about his van trips and CSA packages. Sabur’s rates are as modest as he can afford and are the best deal in town: $25 per passenger and $90 for a family of five. A larger company, Prison Gap Buses, charges between $50 and $80 per adult passenger depending on the prison, and $20 to $40 per child under 10. Of course, a ride with Sabur also includes a CSA package. And because the ticket price technically includes the package of food, passengers can pay with their EBT cards, commonly known as food stamps.

Hayes suffers from diabetes, which he developed in prison and which the diet there exacerbates. “A person of my age and with my afflictions,” he said, shaking his head, “and all we eat is white rice, white pasta. The problem with the state is that it’s one diet fits all — they just worry about calorie count.”

The van line and CSA delivery service is part of his larger project to support incarcerated people, their families and small farms in rural New York.

Sabur works with the Freedom Food Alliance, which he played a key role in creating. The alliance includes local farmers, advocacy and activist organizations such as the Bard Food Initiative, the WESPAC Food Justice Committee and a network of prisoners, families and young people affected by the justice system.

This is the first year that he has a budget, largely due to funding from the White Plains–based WESPAC Food Justice Committee. This is also the first year that he isn’t farming himself, instead working as an organizer full-time. About 15 small farms in the Hudson Valley contribute to the Victory Project in some way, most commonly by donating food. Sabur is taken aback by how supportive farmers in the area have been.

One of the involved farms is Whistle Down, which also contributes food to needy pantries in East New York. Whistle Down regularly provides food for Sabur — either by allowing him to glean their fields or packing bags for him to pick up. Nicholas Pandjins, one of the farm owners, says he was excited to learn this program was even a possibility. He says he “was very surprised that you were allowed to bring in [food].”

Tess Parker from Common Hands Farm is running a campaign to raise enough money so their farm can donate CSA produce on a regular basis. “I feel really, really excited about the possibilities,” she says of working with Sabur. “If we can help stabilize the vegetable supply, and if he can start to grow the operation and have greater reach… I’m really excited.”

At 3 p.m. Sabur collects Docier and her family from the Green Haven prison. The boys curl up and fall asleep in the backseat. The adults ride back in silence, thinking about the visit, listening to classic R&B on the radio. Isaiah was happy to get the veggies, Docier said. And she could rest easier knowing that he would have some good nutrition.