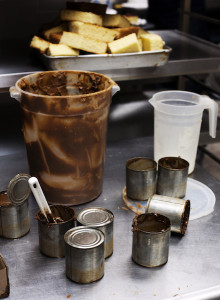 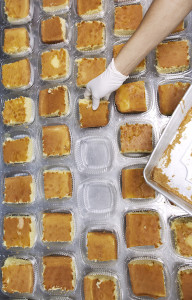 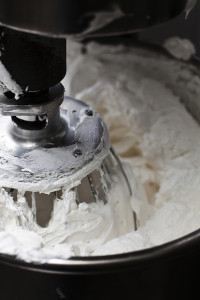 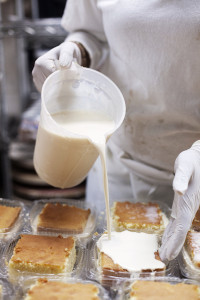 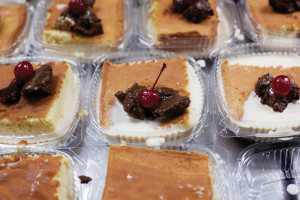 As owner of Bizcocho de Colores, a family-run bakery in the Dominican enclave of Inwood, Daisy took her time figuring it out. After immigrating from the Dominican Republic in 1982 to join her husband in upper Manhattan, she was looking for a way to stay home with their growing family when she started baking the traditional bizcochos Dominicanos cakes served at parties, first communions, weddings and showers for friends and neighbors. She went official in 1999 and opened a bakery on Sherman Avenue—the response was strong and she eventually grew into a larger space up the street. When she added a tres leches to the menu in 2001, she tinkered with the recipe by noting customer response to each variation and adjusting accordingly. Over time she gilded the lily, using butter-rich layers of bizcocho instead of the more conventional sponge cake, blending whipped cream into the meringue and spiking the three milks with rum and vanilla. In 2003, she knew she had it down when the tres leches started selling as well as her popular party cakes.

Her precise recipe is a secret. Only Daisy and her assistant Sylvia, who’s been baking with her since the beginning, mix the masa for the cakes. Topped with a thin layer of either strawberry jam or dulce de leche, the cake is anointed with the three milks, then frosted with a classic meringue. Stopping just short of being too heavy or overly sweet, the flavors blend together in a perfect balance of cream and air where too much of a good thing is just right.

Her children now help run the business. Son Jonathan; his wife, Jazmin; and niece Stephanie work at the bakery full time, while Daisy’s youngest daughter comes in after school to help decorate their made-to-order cakes. Friends stop in to say hello and stay to help when the line is out the door.

Beyond cakes, they’re here for her array of Dominican specialties—mantecados, deditos de novia (finger-shaped shortbread filled with guava), trenzas (braided puff pastry), coconetes (sconelike cookies made with coconut, brown sugar and honey), flan and majarete (corn custard). The espresso, brewed dark and strong with a thick layer of caramelized foam, has the strength of a herd of red bulls. Tempted by the generous slices packed into clamshell containers that crowd the display cases, customers pick up tier cakes for that day’s celebration then add a tres leches for the road.