The Origins of Christmas in Mexico—and What Remains

This article appears in Winter 2019: Issue No. 61 of Edible Manhattan.

How an ancient tradition survives, despite colonialism. 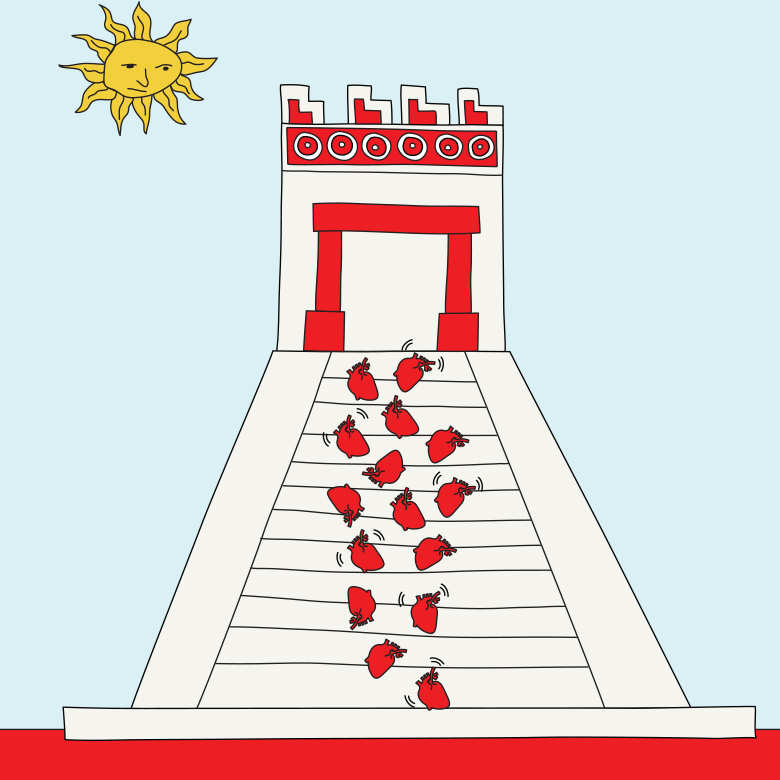 The Aztec people, who reigned over five to six million people and up to 500 small states, were ruled as a civilization by the fealty to their gods and went to great lengths to please them. Illustration by Kat Murphy

Steaming tamales, chiles rellenos, atole, roasted pork loin, pozole, bacalao, ponche, romeritos: These are the usual suspects that make up the rich, aromatic landscape typical of a Mexican Christmas Eve dinner. These dishes, along with Christmas tradition, forged with indigenous and Catholic influences, have been an evolution over time—and a prime example of colonialism. But a few surviving dishes prove an umbilical connection to our roots and ancestry.

The Aztec people, who reigned over five to six million people and up to 500 small states, were ruled as a civilization by the fealty to their gods and went to great lengths to please them. Huitzilopochtli, known as “blue hummingbird to the left,” god of sun and war, was among the most crucial to their livelihood. This god provided equilibrium to their world, and being in good graces with him ensured rainfall, harvest and triumph in battle. In exchange, Huitzilopochtli was hungry for human sacrifice. The devotion to Huichilobos, as the Spaniards called him, came to an apex during winter solstice. Rituals were drawn out throughout the month of December, but the major celebrations that marked the holiday spawned over the course of four days and was called Panquetzaliztli. Festivities began December 21, when the sun “dies” or stops moving to celebrate the sun’s re-emergence or “birth” on December 24. 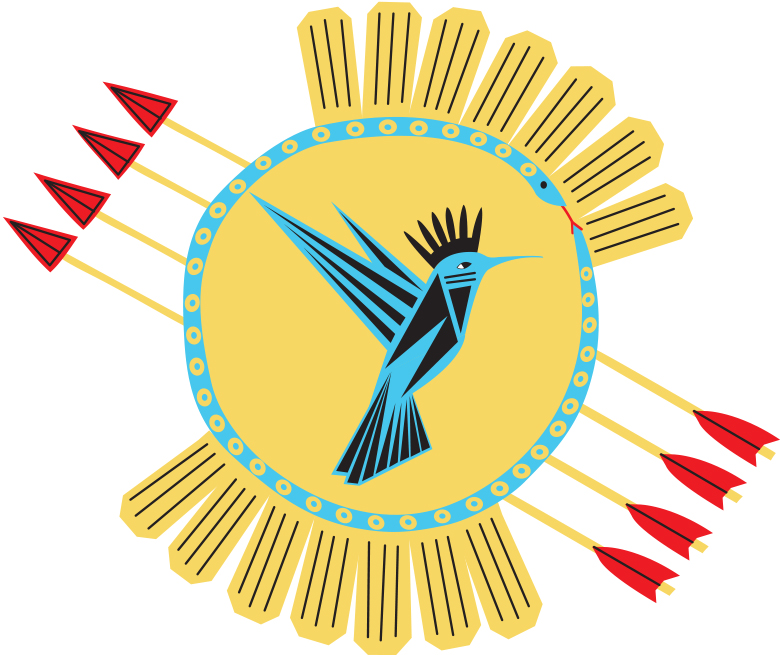 Huitzilopochtli, known as “blue hummingbird to the left,” god of sun and war, was among the most crucial to the Aztec people’s livelihood. Being in good graces with him ensured rainfall, harvest and triumph in battle. Illustration by Kat Murphy

During Panquetzalitzli, an amaranth bread was first on the menu and to be eaten without water. They called this the drying of their people, due to how arid it was. Aztec women prepared this ceremonial bread by kneading the grain into a paste, creating the candy we know today as “tzoalli.” Amaranth was a highly regarded ingredient and was made in Huitzilopochtli’s image, which was consumed during a ritual they called “teocualo” meaning “to eat the gods.”

The ceremony was not without another sacred ingredient: maíz. Women would skillfully create figurines with blue toasted maíz and maguey honey. As per tradition, they were to be gifted away as they visited people door to door on their trek to the Templo Mayor pyramid in Tenochtitlan; where they ate the figurines, and later kneeled and ate dirt. The figurines would in time please the Spanish colonizers, who decidedly kept the tradition. In modern-day Mexico people still craft figurines out of corn, but they use the husks instead, and with them construct biblical figures and nativity scenes.

Another surviving part of the feast, to the colonizers’ dismay—who believed this plant to be malignant—were romeritos: a nutrient-dense plant, or quelite, akin to baby spinach and rosemary, melded into a mole sauce with nopales and potatoes. This savory recipe was served during winter months and especially on Panquetzaliztli in honor of Huitzilopochtli, and was one of my favorites to devour with corn tortillas or bread come Christmas Eve, in honor of a different god.

Bloodshed, violence and cannibalism were ritualistically interwoven in Panquetzaliztli as thousands of slaves, normally captives from other tribes, were offered up to the sun god. Men, women and children, whose hearts were ripped out and heads decapitated and tossed down the pyramid’s steps, were then butchered and cut into small pieces by high priests, cooked in big pots and later eaten, normally by privileged nobles, priests and warriors. While it’s not clear if they were making pozole, its roots are similarly deeply entwined with religious sacrifice, and pozole is still eaten to this day in light of Christmas festivities, using chicken or pork in lieu of human flesh. 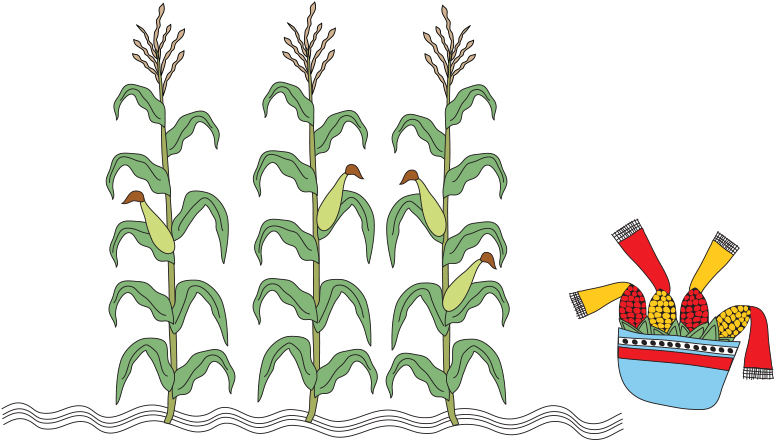 In addition to amaranth, the ceremony Panquetzalitzli had another sacred ingredient: maíz. Women would skillfully create figurines with blue toasted maíz and maguey honey. Illustration by Kat Murphy

Upon the arrival of the Spanish conquistadores—the dawn of a turbulent and devastating chapter marked by a striving to forcefully eradicate indigenous people and tradition and forging a new country altogether—nothing was sacred, not even Huitzilopochtli. But Christmas and Panquetzalitzli bore striking resemblances that made it easier for missionaries to convert them into Catholicism and praise a new god.

As the devotion to the blue feathered warrior god Huitzilopochtli faded into the new Catholic celebration of baby Jesus, missionaries fused together a new holiday. Elements of Panquetzalitzli, like visiting people’s homes with offerings drawn out over the course of a few days, welded with the enactment of Joseph and Mary’s four to seven day journey to Bethlehem and produced the first winter celebration of the New World called “Posada,” which translates to “hostel” or “inn.” And ponche, or punch, a brew that originated in India with a plethora of fruits and spices, made its way to the New World and became a cornerstone of this new tradition. Today, this warm brew of guayaba, orange, apple, pear, dried fruits, piloncillo and spices like cinnamon is typically spiked with rum or wine.

Eventually, Catholicism reigned over Mexico, and Christmas celebrations mirrored Spain’s more closely, like whole roasted turkey at the dinner table. But not all was lost from the Old World during the holiday season: A version of the ancient Panquetzalitzli tradition remains intact, even as it is enshrouded by the narrative of the colonizers.