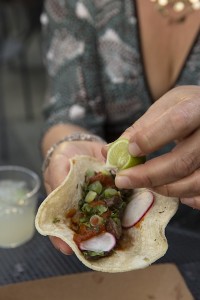 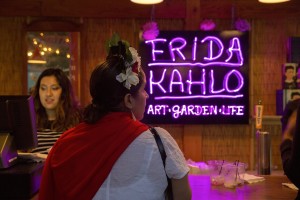 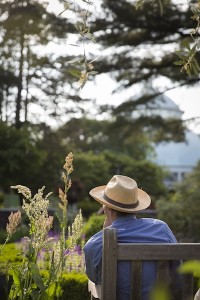 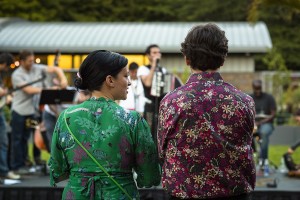 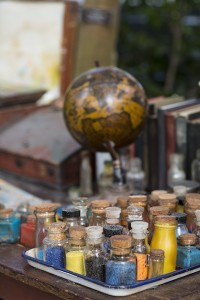 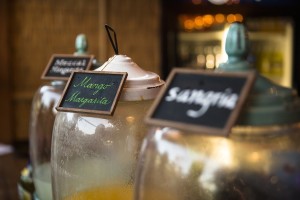 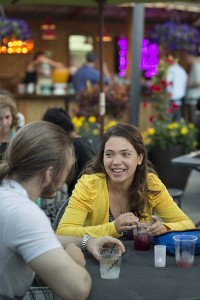 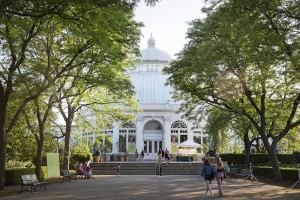 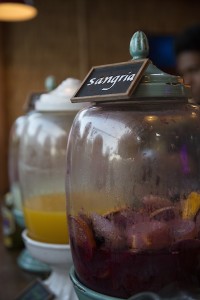 The exuberant style of Mexican artist and icon Frida Kahlo should not, cannot, be restrained within the sterile walls of a museum. The New York Botanical Garden’s ongoing exhibition Frida Kahlo: Art, Garden, Life wisely lets Kahlo’s art and influence spill over into the gardens, the conservatory and even into the food and drink.

From the twinkling lights of the outdoor cantina serving margaritas and aguas frescas to the black bean soup and chipotle chicken of the Pine Tree Café and the savory sopa de tortilla and red snapper veracruzano in the white-linen loveliness of the Hudson Garden Grill, visitors to the NYBG are going all in on Frida. There is even a Casa Azul taco truck at different locations within the garden.

Enhancing the exhibition through food and beverage was a “super-collaborative” process between the garden and Stephen STARR Events, which took over food operations in 2013,” says Morgan Bedore, vice president of sales and creative development for STARR Events. “The number of trips they took to Casa Azul [the Mexico City home Kahlo shared with Diego Rivera], the letters they studied, the work they did to get it right; it was just awesome. We took that intensity and did the same. We studied Frida’s cookbook, tried to learn about the person behind the art, because we wanted to be true to her.”

Julian Alonzo, STARR’s executive chef for the NYBG, helped create menu experiences that are culturally authentic yet appeal to the garden’s diverse audience. New York-born to Ecuadoran parents, the French Culinary Institute grad (and alumnus of the year in 2004) also lived in Ixtapa-Zihuatanejo, Mexico, for two years. For this challenge, he immersed himself in the recipes from Frida’s Fiestas. “As a Latin American, the Frida Kahlo exhibition makes me proud of my roots,” he says.

The NYBG has a full docket of events and activities — including cooking demos, performances and children’s fun — related to Frida, which runs until November 1. Frida al Fresco evenings are one of the most joyous ways to visit. On numerous nights the garden opens after hours (6:30 to 9:30 p.m.) with live musical performances, a complimentary Mexican beer or margarita and the Casa Azul taco truck and cantina. Many visitors wear flowers in their hair and embroidered Mexican clothing.

Word to the wise: To sit-down dine at Hudson Garden Grill, especially on weekends, make a reservation. Even with outdoor patio seating, they’ve had to turn away many.