Puerto Rican Moonshine, Pitorro, Finds a Home in the Bronx 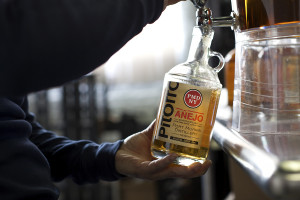 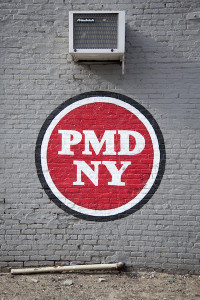 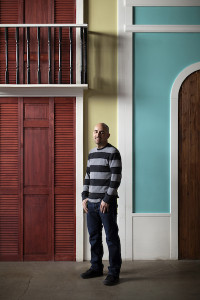 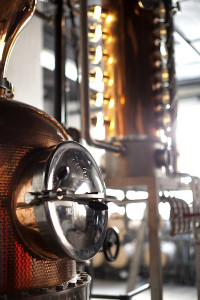 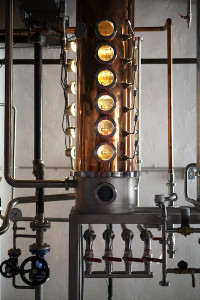 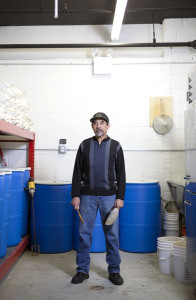 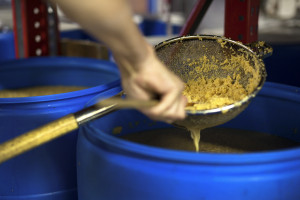 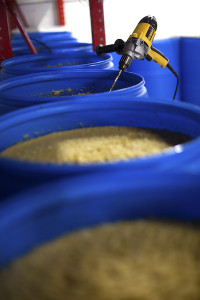 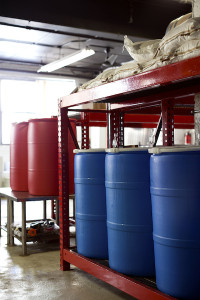 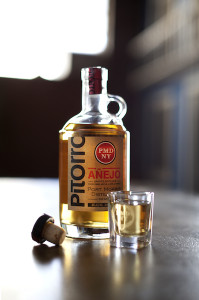 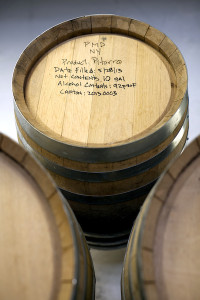 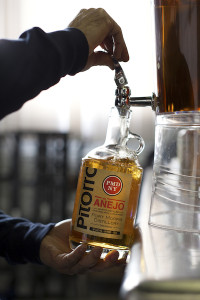 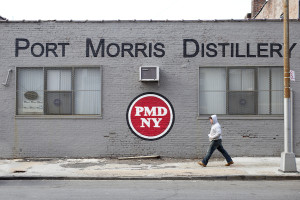 At the tiny Port Morris Distillery in the Bronx, along the far wall between two long shelving units laden with barrels, hangs a rolled-up piece of olive drab cloth. When it’s unfurled, it reveals itself to be a hammock.

This is where “Tio” Rafael Rodriguez, the company’s Puerto Rico-born master distiller, rocks back and forth, thinking great thoughts as he waits for another batch of PMD’s chief product to make its way through the 105-gallon German-made combination pot-column still.

The product is pitorro, a form of moonshine that is widespread in Puerto Rico but little known outside that island commonwealth. PMD’s version, released in both a clear and a barrel-aged expression, is the first example to be commercially produced in the United States.

That Rodriguez is comfortable while working is important. For he is the man who holds the recipe in his head, and he moved from Guayama, Puerto Rico, to New York to help his nephews, Jerry and Ralph Barbosa, launch their liquor concern.

“My uncle brought the recipe from Puerto Rico four or five years ago,” said Ralph. “It’s an old family recipe. He’s been moonshining since he was about 16. At 19, he branched off in his town and started created his own recipes.”

It’s not unusual that the Barbosas should have a pitorro formula in the family. In Puerto Rico, homemade moonshine is as common as sweet tea on verandas below the Mason-Dixon Line.

“Listen, in Puerto Rico, if you go to someone’s house, there’s no Bacardi,” explained Ralph. “Everyone’s always going to offer you pitorro. There’s going to be a moment where they’ll say, ‘I’ll be right back.’ Then they’re going to go into the back somewhere and come back with a jug.”

The company has been at its location on East 133rd Street since 2011 — it’s a lonely industrial neighborhood, but not that lonely: The Tirado Distillery and Bronx Brewery are nearby. But it spent the next two years securing its distilling license.

It labeled its first bottles as rum, “not knowing that when you add the fruits, it changed the category,” remembered Ralph. “We did some trade shows and met a few distillers. One of them said, ‘Dude, you’re not making a rum.’ We went back to the drawing board.”

Historically, pitorro was basically rum moonshine — a strong, high-proof, raw spirit made from molasses or sugarcane. Today, with cane no longer one of the island’s cash crops, it’s less clearly a relative of rum, often being made from brown sugar. Because PMD is licensed as a farm distillery, it must use ingredients grown in New York State. Thus, the corn is drawn from Lake View in Penn Yan, the honey hails from Roxbury Farm in Kinderhook, and the Gala apples are grown at Samascott Orchards, also in Kinderhook.

“My uncle chose to use brown sugar, because it takes away that smoky, fiery taste that molasses gives you,” said Ralph. “He created his own version, which we consider a cleaner version.”

Apples are not a traditional ingredient, but fruit is. In Puerto Rico, pitorro is often infused with whatever’s ripe, be it pineapples or oranges or grapefruit. “Any fruit that they find in season,” said Barbosa. The results are called curados. (Some adventurous types actually cure their moonshine with meat and seafood.)

PMD has been experimenting with several curados, which can be tasted in the distillery’s cozy, colorful tasting room, which is open on Friday nights. One curado, featuring honey, may eventually be released commercially. Others are flavored with habanero peppers and a combination of raisins, dates and cinnamon. The latter recipe comes via the grandmother of another distillery partner, William Valentin, a childhood friend of the two Barbosa brothers. All three grew up in the same housing development on 100th Street and Amsterdam.

Slowly but surely, the Bronx’s local Puerto Rican population has discovered PMD’s handiwork. “They come and ask, ‘Is it real?’” said Manny Munoz, the distillery’s bartender. “Because you normally only get it in Puerto Rico. Then they tell their memories it. When they try it, it’s almost too good to be true for them that it’s made here.” PMD also offers something that would be completely unfamiliar to people who remember the elixir from life back home: a barrel-aged version. “The twist we’ve done is aging it,” said Ralph. “My uncle always wanted to age in wood barrels.” The añejo pitorro is aged in a combination of new and used oak barrels from Breuckelen Distilling for between nine months and two years, then blended. PMD’s young history has not been without its hiccups.

The bottles brought out in late 2013 read “Shine” instead of “Rum.” Suddenly, PMD wasn’t one among many craft rums, but the only pitorro in the U.S.

The distinctive bottle is an homage to the jugs that traditionally hold pitorro in Puerto Rico. The bottles come in the usual 750-ml size as well as a pint-size 375 ml for the wary.

“A lot of people get intimidated, so they go small,” pointed out Munoz. “The next time, though, they go big.”

Rodriguez’s distilling process, meanwhile, is not an homage to old-world ways but the real deal. The clear pitorro is bottled at 92 proof, just as Rodriguez’s always was in Puerto Rico.

“My uncle, he never used any measuring tools to measure the alcohol,” said Barbosa. Instead, Rodriguez judged everything by eye and nose. He’d put the distillate on his hands, rub them together and smell them. He’d then throw some of the juice on the floor, light it on fire and time the minutes until the flame went out. As Ralph prepared to open PMD, he began to test each sample finished this way with a hydrometer. Each batch was 92 proof, give or take a fraction in either direction.

Those hammock breaks are well-earned.