The Cathedral of St. John the Divine Embraces Food Politics

The socially progressive institution’s “Value of Food” exhibition is a colorful, inclusive and serious celebration of creation. 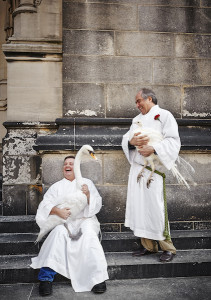 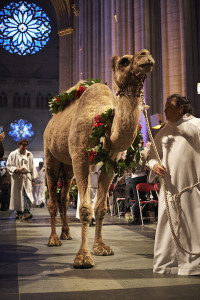 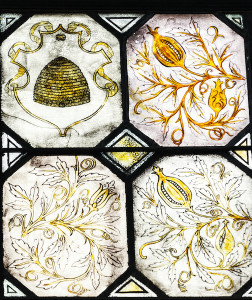 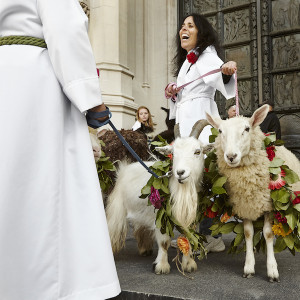 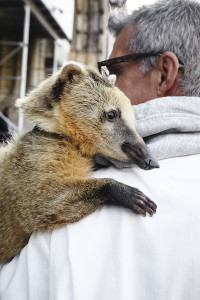 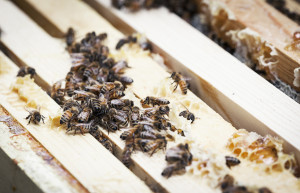 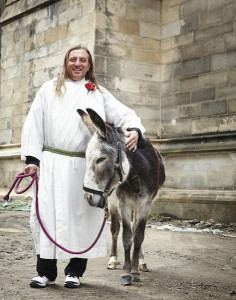 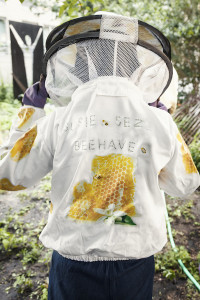 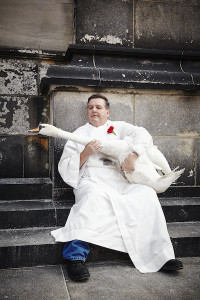 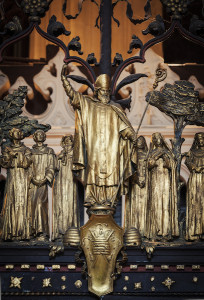 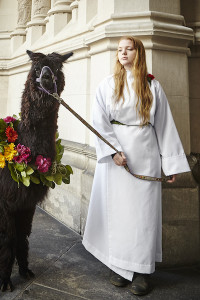 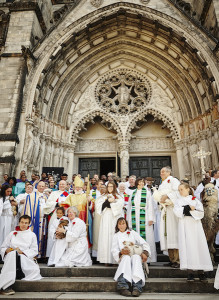 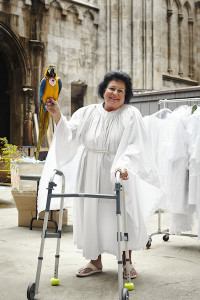 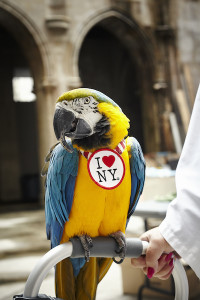 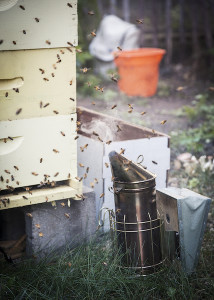 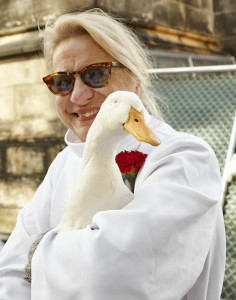 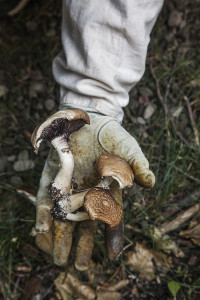 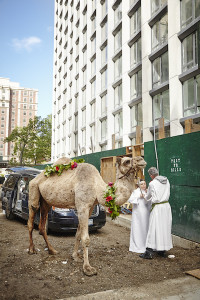 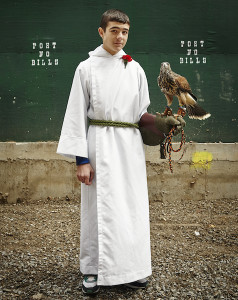 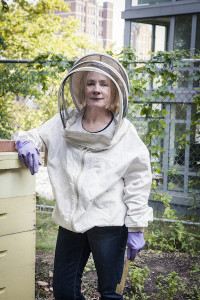 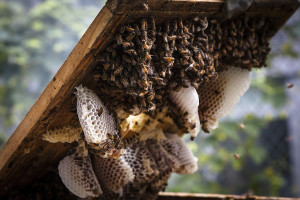 The Cathedral of St. John the Divine is having a feast and all are invited to the table. In keeping with a century-long tradition of civic engagement, the Gothic landmark kicked off its “Value of Food” exhibition in October, running through April 2016. The cathedral and its grounds are decked out with installations by 35 artists and art collectives, the artwork buttressed by an ambitious array of food programming.

St. John is uniquely positioned to host this banquet. According to the cathedral’s Very Reverend Dr. James A. Kowalski, the founders built the institution “large enough for the idea that under its roof they should put the great conversations of any time.” And what is more timely, more vast, more complex and more essential, than the very food we eat?

“Food is such a fundamental universal topic,” says VP of programming Lisa Schubert, “that, as a public institution and as a house of worship also, it’s something I think is vital for us to be focusing on.” Schubert says in keeping with its mission, the cathedral would like to provide a place for people to “come to terms and talk through these various concepts and issues.”

For those who are church wary, note this is a humanistic institution that embraces all cultures, as evidenced by the menorah at the high altar, the hanging Islamic lamps and a cheeky Keith Haring altarpiece. These are the folks whose annual Lenten season’s midnight reading of Dante’s Inferno promotes itself with a poster reading “Hell, Yes” in bold Gothic script. An institution that celebrates Halloween with a Festival of Ghouls, an elaborate theater of the otherworldly and the macabre that sells out every year.

The Value of Food exhibition is in keeping with this colorful and serious celebration of creation. The whole shebang got started on the evening of October 6 with “The Bargain of Food,” a conversation with Mother Jones’ food and ag writer Tom Philpott, urban agriculture tour de force Karen Washington and chef and food activist Tom Colicchio.

Before a captivated audience, the food justice warriors discussed our modern food system: the 43 million Americans who are food insecure; taking farm-to-table from a social movement to a political one; the need to get educated on policy issues; corporate giants aiming to make food cheap while the price is paid by the environment, food works, animals, communities and consumer health. As Colicchio put it, while the political system may be broken, it’s the only one we have — we have to make it work. Above all, they spoke of the need for everyone to have a place at the table when discussing our nation’s food system. 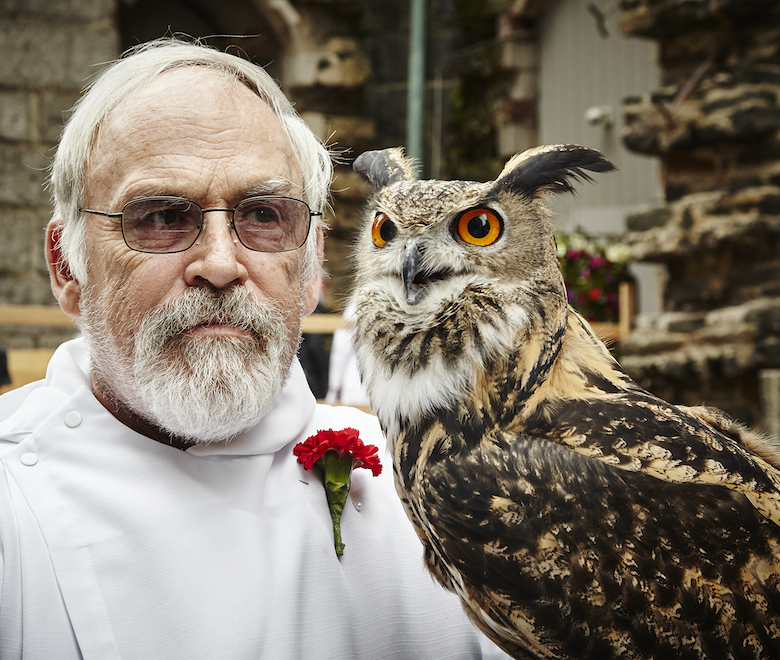 What a hoot. A bird handler stands with his owl, waiting for its blessing.

The must-see Value of Food art exhibit aims to provide such a forum. Curated by public artists Robin Kahn and Kirby Gookin, the installations fall under seven categories representing the cycle of life: water, soil, seed, farm, market, meal and waste. Aspiring to cover the full breadth of our modern food system, topics range from seed saving, composting, hunger and nutrition to climate change and survivalism.

These topics find form in artwork ingeniously placed throughout the cathedral’s bays or alcoves, its chapels and even the columbarium. Up and down the cathedral’s tall columns Tom Otterness’ creatures charm, provoking deeper thought on closer inspection, while Christy Rupp’s dramatic skeletal sculptures of the extinct moa bird, made from bones salvaged from fast-food restaurants, flank the high altar. The striking visuals are a treat to breeze through, a feast when diving deeper.

Several of the exhibits even live and breathe. Collective artists Fallen Fruit have planted a small apple orchard on the cathedral’s lawn, while Jan Mun’s “Beespace,” an observation beehive with accompanying live video feed, found a home in the Chapel of St. Ambrose, patron saint of beekeepers and bees. Serendipitously, that is the sole chapel where stained glass windows open to allow the hardworking bees egress.

The socially progressive exhibition will come as no surprise to those familiar with the cathedral, many of whose year-round activities are already geared toward inclusiveness — and food! 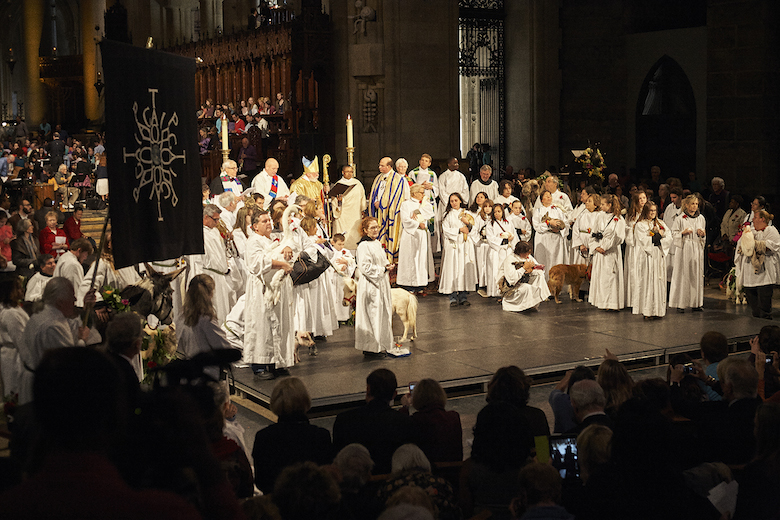 Animals — including a camel, horse, donkey, tarantula, tortoise, dogs, falcons, sheep and a giant snake — and their handlers gather at the alter for their blessing.

The space is home to a permanent bee exhibit on the grounds with the cathedral’s resident bees, makers of “Divine Honey.” It’s the dream come true of Nicole Toutounji, a longtime UNICEF employee who decided to retire after she found beekeeping. The only missing piece was a home for the hives. She thought, “You know, [St. John has] a huge garden. Their concept of sustainability and social justice and social issues is so important that maybe they’ll accept.”

The cathedral ultimately agreed and even marked the new endeavor with a Blessing of the Bees, in which the bishop gamely performed the ceremony without protective netting. (“If I wear a hood, it means I’m scared. So what’s the message I’m giving?”) He bestowed the blessing with a leafed branch, reciting a prayer written especially for the occasion; he emerged unstung. The blessing brought media attention from the New York Times, the Wall Street Journal and NPR — something about churches and bees struck a chord.

Naturally bees aren’t the only creatures receiving blessings here. The cathedral’s annual St. Francis Day Feast features a Blessing of the Animals, when at the tail end of a moving sermon and liturgy, a procession of animals (including, this year: a camel, horse, donkey, tarantula, tortoise, dogs, falcons, sheep and a giant snake) made their way down the aisle, festooned with garlands, for a blessing. Countless pets and owners waited outside the standing-room-only crowd for a blessing on the green. 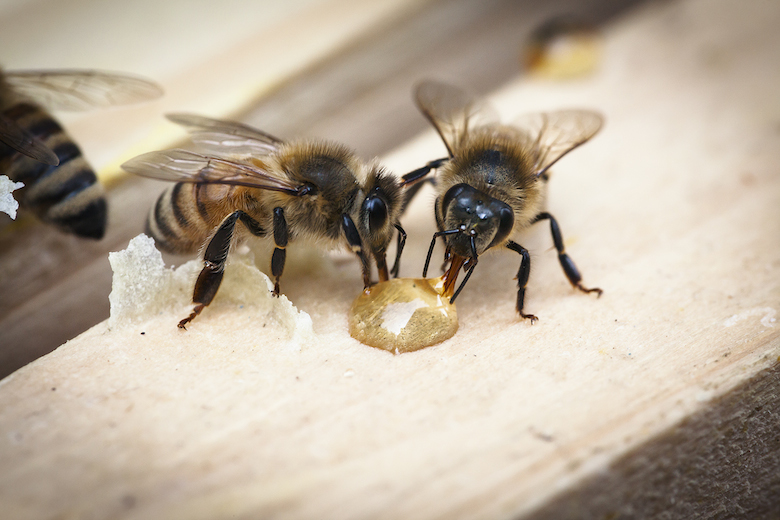 The idea of including everyone at the table is exemplified in the cathedral’s soup kitchen, run by dedicated volunteers and staff. They ladle out 20 thousand meals a year, on Sundays alone, stretching out donations for maximum nourishment. As part of the Value of Food exhibition, soup kitchen cook Thomas Perry will also present a series of cooking classes for youngsters.

For the cathedral, all this engagement with food issues is simply part of their core identity. According to Kowalski, “We believe true spirituality is about connecting what you say you value and believe in with what you actually do.”