We interviewed Ben at El Paso, a Mexican Restaurant on Lexington and 104th which he likes because (his words): it’s the best vibe, best food, best service, kindest, down home, nicest people, most authentic Mexican restaurant he’s run across. 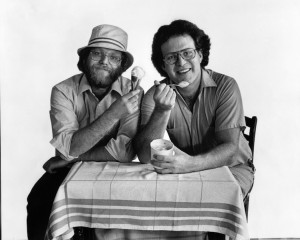 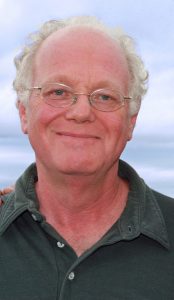 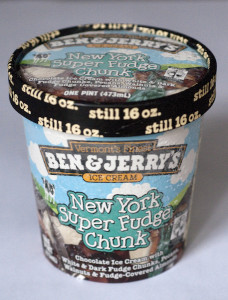 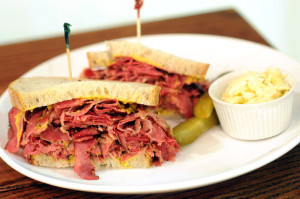 We interviewed Ben at El Paso, a Mexican Restaurant on Lexington and 104th which he likes because (his words):  it’s the best vibe, best food, best service, kindest, down home, nicest people, most authentic Mexican restaurant he’s run across.

When people think of you, they think of Vermont, but you grew up in New York and keep an apartment here. What are some of your favorite New York food memories?

Many of my best early food experiences were with my grandmother. I grew up on Long Island, and we would go to her house in Brooklyn near Ocean Avenue. She made all the typical Jewish stuff: pot roast, potato pancakes, matzo ball soup, latkes, gefilte fish and kasha.

I also loved going to Tad’s steak house with my parents. Steak for $1.29.

What lead you to a career in scoops?

The only reason I became an ice cream man was because I was a failure as a potter. I made all the bowls for our first ice cream shop. They’re all broken by now.

My favorite pottery source in New York is a place called Sara Pottery on the Upper East Side. They import directly from Japan. Beautiful, beautiful tiles. They’re molded, but you buy a set of six, and they’re all different.

I’ve bought dinner plates at Sara’s, salad plates and some very small plates. But that’s not what I eat ice cream off of. I still use bowls I made myself.

Where in New York do you eat out?

I like Cookshop. I like Gotham Bar and Grill for fancy stuff. I think ABC Kitchen is great—local ingredients, really high quality, really creative. They make a kasha with bow tie noodles, which I know from my Jewish roots.

I like Gray’s Papaya for hot dogs with sauerkraut and mustard and a papaya drink.

I like Nathan’s for French fries. Let’s not leave out Katz’s. And of course the Carnegie Deli for a corned beef on rye and some half-sour pickles and coleslaw for dinner and tomorrow’s breakfast/lunch.

And I like Accademia di Vino on Third Ave. and 64th for casual thinly sliced anything. I like the Oyster Bar at Grand Central Station. Guess I’m a sucker for those vaulted ceilings.

How do New Yorkers’ ice cream preferences compare to those of Americans in general?

All I can tell you is that New Yorkers are heavily into chocolate. As a former Long Island boy, I created New York Super Fudge Chunk especially for them. I think that due to all the sensory overload, New Yorkers require really over-the-top flavors to break through all the noise and culinary clutter. So New York Super Fudge Chunk began with a super-rich chocolate base to which we added dark and white chocolate chunks, chocolate-covered almonds, pecans and walnuts all in consultation with a focus group of New Yorkers: the members of the Orpheus Chamber Orchestra at Carnegie Hall.

As someone associated with Vermont, what do you think about urbanites’ role in the farm-to-table movement?

I think people are trying to get back to simple authenticity. Especially in big cities, direct contact with farmers is a rarity, so people appreciate it more.

It’s great that New York restaurants are becoming aware of the amazingly high-quality specialty foods that small farms produce and are putting them on their menus. There’s no doubt that without New Yorkers’ dollars, there wouldn’t be so many small farmers and artisans. There just aren’t enough people in Vermont to support them all.

You have grassfed cream and artisan breads in Vermont. But do you crave any New York foods when you’re up there?

I long for the consistently high quality and variety you can get in NYC. I long for a good corned beef sandwich.