In Summer, These 3 Edibles Are Wildly Abundant

While familiar, they remain nameless to most passersby, answering only and collectively to the epithet of “weed.” 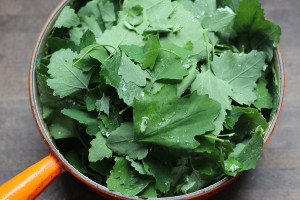 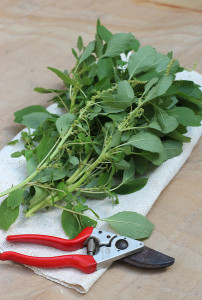 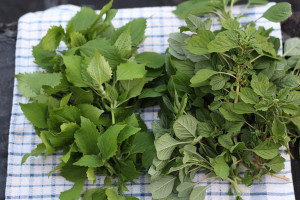 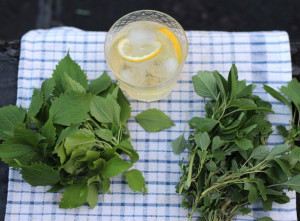 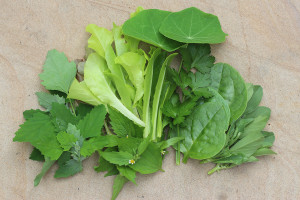 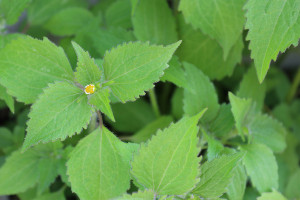 Summertime, and the foraging is easy. No, really. Just look down. Here are three summer strangers — anonymous and edible green plants that surround us as the days stretch into evenings of cicada chorus.

While familiar, they remain nameless to most passersby, answering only and collectively to the epithet of “weed.” They are wild in our United States. They are present daily in our city lives. They sprout unasked from sidewalks and lots, fields, parks and our gardens. Most North Americans — and almost all gardeners — call them useless irritants.

Informed eaters and many immigrants call them food.

In other countries they are grown as crops.

In a benign cultural myopia we have dismissed the plants that we cannot name individually and whose urban ubiquity makes them both suspect and invisible. They are the homeless of the Western plant world. And when we hear those names, the dismissal is entrenched: Pigweed? Quickweed? Botanical detritus.

English tells us so.

The wild plant foods of summer are epitomized by three annual greens whose profusion ensures that one of them is always within gathering distance, perhaps right outside your front door. Like most immigrants, they have stories to tell.

We pay for amaranth’s gluten-free seeds in cosmopolitan food stores. But few would recognize the Aztec-pedigreed plants that produce the tresses of seedheads in late summer on Kensington sidewalks

Quickweed is a familiar gardener’s enemy. It is called quick because it germinates and grows while your back is turned. Another of its common names is charming: gallant soldiers, an echo of its botanical name, Galinsoga parviflora.

In the mountain country of Colombia, the sought-after leaves of galinsoga have another name, guascas. And guascas are not loathed but loved, an essential ingredient in ajiaco, a soupy stew of chicken, corn, guascas and as many potato varieties as the Andes can offer.

“It is the first thing I want to eat when I go home,” says my Bogotá-born friend Constanza Jaramillo. It is a dish of nostalgia. “It is good for gray and rainy or sunny and crisp Bogotá weather at 9,000 feet above sea level. The air is thin and the clouds are right there,” she writes, a Brooklyn refugee living in North Carolina. In Bogotá you can buy bunches of guascas at any supermarket.

In our summer gardens we yank them out by the handful.

Raw, galinsoga tastes like pea greens. Cooked, it is spinachy, chardy, collardy, a sop for sauce and very similar in texture to the two plants that follow (use interchangeably in cooking).

Use the leaves, and discard any fibrous stems. The older leaves are furrier but cooking smooths them. Eat the youngest greens raw, in pestos with pecans and Parmesan. I use this as a layer in party cocottes — little dishes layered with two pestos (galinsoga and amaranth), fresh tomato sauce and aioli: summer intensified.

Wilt galinsoga greens as a side for every summer thing, from fire-cooked steaks to garlicky grilled chicken. Their light sweetness invites a dressing of soy, lime juice and sesame oil. Heat them with a little butter and top with a soft-cooked egg for breakfast. Make ajiaco, and invite Constanza over.

And there is pigweed — an ignorant name for a useful and nutritious plant. Garden amaranth or green amaranth are better reflections of its worth. The genus Amaranthus is a broad one, and we pay for its gluten-free seeds, boxed and sold in cosmopolitan food stores. But few would recognize the Aztec-pedigreed plants that produce the tresses of seedheads in late summer on Kensington sidewalks, or give their close cousins a second glance, ungainly green herbs sprawling unwanted in the garden and between rows of crops.

Why do we eat what we eat? The vegetables in the supermarket and greenmarket, the green morsels on a restaurant’s plate? We eat them because they are named. We eat what we recognize.

This garden amaranth is an appealing and versatile cooked green. It is also very nutritious, as many rural African or South American mothers will tell you; it feeds families when the larder is bare. Even for this well-fed cook, it is a favorite summer vegetable, when warm weather has sent the chard and kale into hiding. Its tender stems are edible, too, soft after cooking, and I snap them off in green bunches to employ in the kitchen.

Use the cooked, meaty greens in Middle Eastern and Eastern Mediterranean pies and pastries, layering them between sheets of buttery phyllo and enclosing them in pie crusts for portable picnic fare. Stir the wilted greens into hot, lemony cream and dress some buttery linguine with the sauce. Moisten them with lemon and olive oil after wilting, and pile them onto breakfast tortillas with eggs and hot sauce. Make a rich pesto with preserved lemon and the cooked leaves. Roast a summer lamb leg on an improbably high heap of amaranth (it reduces the way spinach does); the meat juices mingling with the almost-dissolved, long-cooked leaves.

In some parts of the city it is possible to buy enormous bunches of the greens — the Wild Olive in Harlem stocks them, and you will find them in Flushing and Kensington. Sometimes they are labelled amaranth, sometimes callaloo — a West Indian blanket term for various edible greens as well as the Caribbean stew.

Lamb’s-quarters lucked out, namewise, though in some regions it, too, is called pigweed. Fat hen and goosefoot are other, more succulent names for it. The ubiquitous Chenopodium album and other species belong — for now — to the same great edible family that amaranth does: Amaranthaceae (there is much botanical quibbling about it, at a molecular level). Quinoa is Chenopodium quinoa, and all Chenopodium are edible and off the charts in vitamins A, C and K. Plus protein. Blackfoot Indians in Canada were storing the seeds hundreds of years ago.

Of these three summer leaves, lamb’s-quarters are the most likely to be seen on a menu, often raw, as microgreens with a splash of fuchsia at the tip: “Magenta Spreen” is a cultivar that can be bought commercially, bred mostly for its hot pink looks. But on muggy farmers market days the more common powder-gray bunches are sometimes seen wilting on tables. Plunging the stems into cool water revives them. The powdery residue on each mature leaf makes cooking the best choice, and they can be used in the many ways that apply to galinsoga and amaranth. Every early summer I make one ritual pizza-like tart with an olive oil crust, topped with a mound of the steamed leaves and oil-cured olives and bound with a savory custard. They are better than spinach in gnudi — the cooked leaves chopped finely and mixed with ricotta, bread crumbs and eggs. Dress when cooked with brown butter and sage (or mugwort).

Lamb’s-quarters are wonderful in a simple, chicken-stock- based soup, the leaves dropped into the boiling liquid for a few minutes before being pureed smooth with some lemon juice. Perk that up with a soft poached egg. Once the flowers have set young green seeds — pseudograins — these, too, are edible, nutty after a quick steam and with a slick of butter.

Why do we eat what we eat? The vegetables in the supermarket and greenmarket, the green morsels on a restaurant’s plate? We eat them because they are named. We eat what we recognize. They are put before us, stamped with edible approval. They are recognizable vegetable faces from our long lives of eating every day.

When we dig a little deeper into the dirt on these summer strangers, there is a shift in our sensibilities. We find noble bloodlines, appreciated by cultures other and older than our own. If our best American cooking is truly to be called New, these are the ingredients we should be adding to our culinary arsenals.

Why? Because they are good.