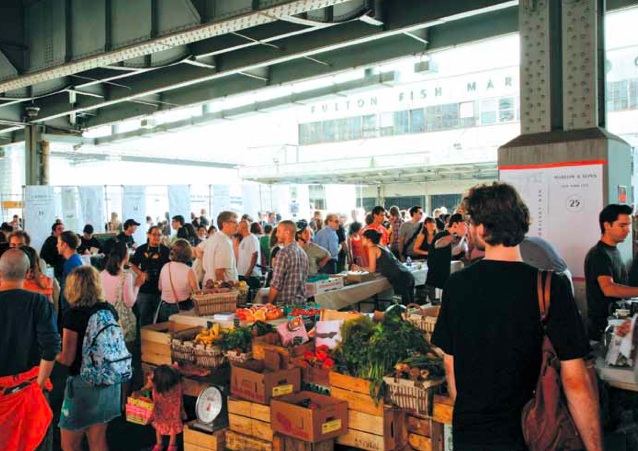 Move over Silicon Valley—there’s a new breed of entrepreneur in town. But instead of computer code, these innovators engineer prizewinning popsicles and tricked-out food trucks. And City Hall is stoked.

New York has seen its manufacturing base shrink by a whopping two-thirds since 1990, but jobs related to food production rose 6 percent last year in the city—despite the notable closings of the Stella D’oro plant in the Bronx and the Wonder bread bakery in Queens. More than 19,000 New Yorkers work in food manufacturing—including 2,500 self-employed entrepreneurs, hardly a surprise to anyone who has strolled through the New Amsterdam Market lately or hopped a subway to the Smorgasburg.

That’s caught the attention of the Bloomberg administration, which in June unveiled a sweeping set of initiatives to encourage apron-wearing entrepreneurs. The mayor himself calls the effort “sensible steps that can make a real difference for local industrial businesses and a real difference for our local economy.”

Traditional funding sources like banks are reluctant to back beef-on-a-stick business plans or mom-and-pop popsicle pros, making it hard for them to grow. So the centerpiece of the program is a $10 million fund earmarked for loans to city-based food start-ups. The New York City Economic Development Corp. is kicking in $1 million, with the rest coming from Goldman Sachs.

“We believe that providing much-needed capital to these companies during critical growth stages will ultimately be very important to their success, and the success of the entire industrial sector in New York City,” says Patrick Muncie, a NYCEDC spokesman. In other words, if promising young businesses get to the next level—by moving from their tiny kitchens into a commercial space or establishing a retail presence, for example— they can hire more employees. In addition, the city is revamping underused buildings for use by the food industry. For example, building 3 at La Marqueta in East Harlem will be renovated and reactivated as a “step-up” space for food makers, with areas for general food prep and production, plus specialty kitchens and a dough room. The building will serve as an incubator for dozens of small food businesses.

In Sunset Park, the 1.1-million-square-foot Federal building will be retooled for light food manufacturing. City officials say the project could create as many as 1,300 permanent industrial jobs and spur development in the area.

Many of the details are yet to be worked out. For example, the city must select a financial institution to run the $10 million fund before the loans will start flowing. But who knows? Someday soon Wall Street may be swooning over the next big beef jerky IPO.