‘Black Food Folks’ Is a Living Thread of Black Excellence

Black Food Folks is a community centered around uplifting Black professionals in the restaurant industry, an industry that has historically overlooked the contributions of Black people. 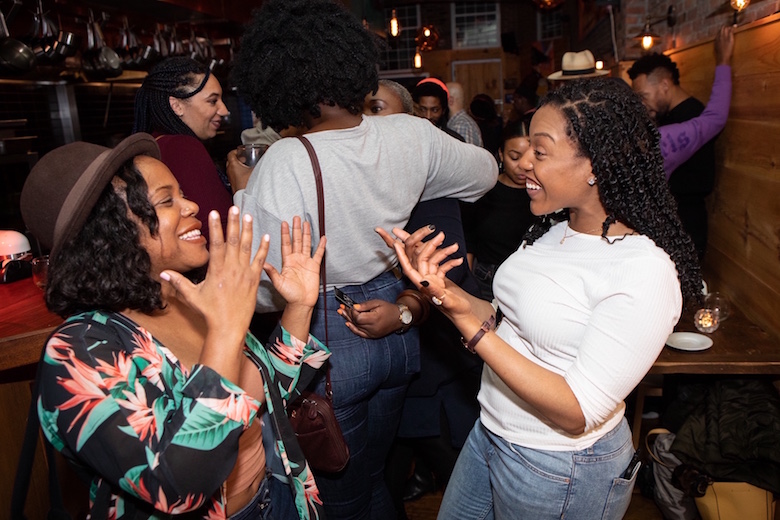 The first Black Food Folks Meetup of 2020 at Colors on the Lower East Side.

As the hundreds of thousands mourned the deaths of George Floyd, Ahmaud Arbery, Breonna Taylor, and so many others, social media feeds have been flooded with messages of support (and in some cases ignorance) for Black Lives Matter. Stepping into the fray, food media brands began to churn out press releases to stand in solidarity with the movement. However, people were quick to call their bluff with writer Korsha Wilson putting it best tweeting, “There are more Black Lives Matter posts in food media than there are actual Black lives at these organizations.” The recent reveal of toxic and tokenist cultures at Bon Appétit and Refinery 29 only adds to the fact that there is much work to be done. But once the news cycles on, and it eventually will, the question remains: How can we solidify BIPOC in these spaces? “Until there are Black decision-makers throughout the food world, all of this will just be the latest trend that can be forgotten in a month or a year,” said Clay Williams. “That’s why we’re here, so we don’t have to depend on ‘being topical’ to be heard.”

Williams is co-founder of Black Food Folks, a community centered around uplifting Black professionals in the restaurant industry, an industry that has historically overlooked the contributions of Black people. “We want the opportunity to continue to showcase the work that people are doing because for a long time we were taught that our techniques weren’t ‘the’ techniques or that we were unrefined,” says fellow co-founder Colleen Vincent. “We have an opportunity to preserve one aspect of the culture because so much of what we have done as a people worldwide has been covered up, lost to history, or misattributed.” 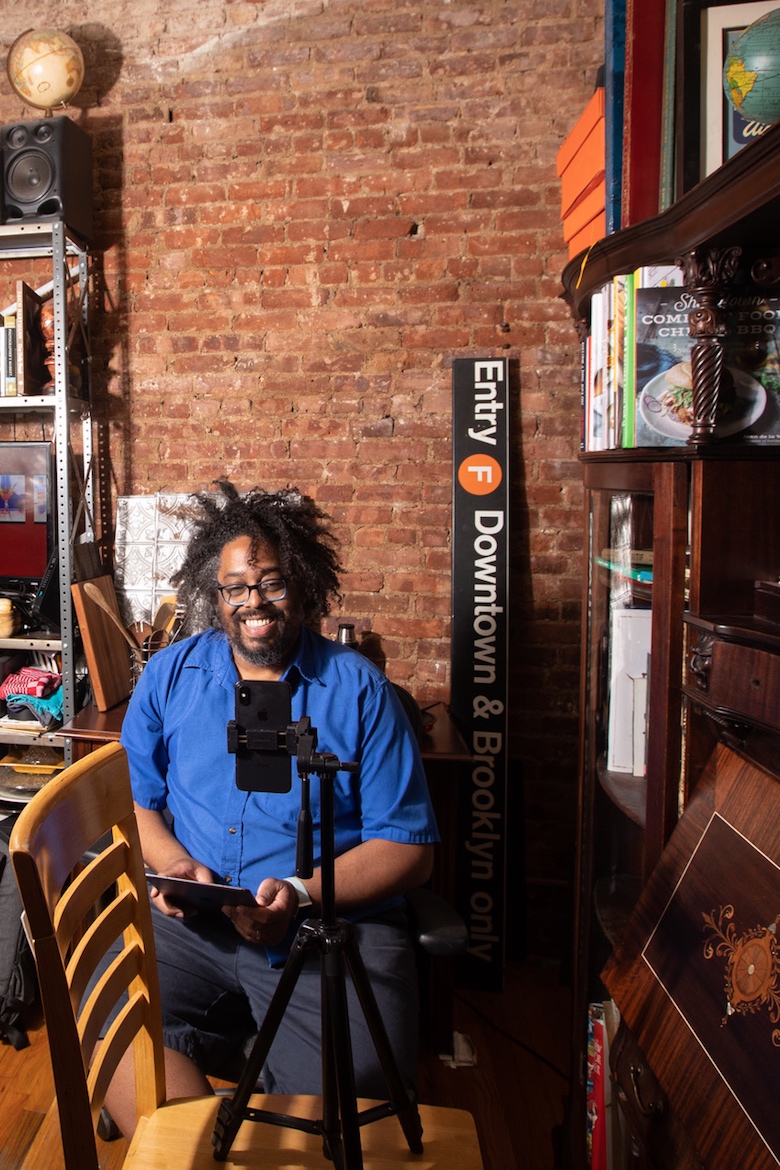 Though clearly passionate about the industry, neither Vincent nor Williams expected they would’ve landed in food media. With a resume that ranged from managing PR for beauty brands to covering sports and cinema, Vincent ended up falling into food once her sister encouraged her to apply for a job at The James Beard Foundation. 14 years later, Vincent currently acts as the foundation’s director of culinary community initiatives. As for Williams, he initially started his career in IT and didn’t pick up a camera until the early 2000s. Clearly having a knack for it, Williams’s work has since been featured in the Edible brands, The New York Times, and Zagat (just to name a few), and last year his work was published in, “111 Rooftops in New York That You Must Not Miss.”

The two crossed paths when Williams began shooting for The James Beard Foundation back in 2013 while Vincent was working as the reservations manager. But it wasn’t until they were introduced by author and cookbook writer Nicole Taylor that they really started talking. With a robust network of Black industry professionals connections between them, the two began discussing how to bring everyone together.

“One of the reasons why Black Food Folks started is because we all knew each other,” said Vincent, “but we would go to [events] and we would be the only one or one of a handful, and we couldn’t talk to each other the way we wanted or we had to code switch.” 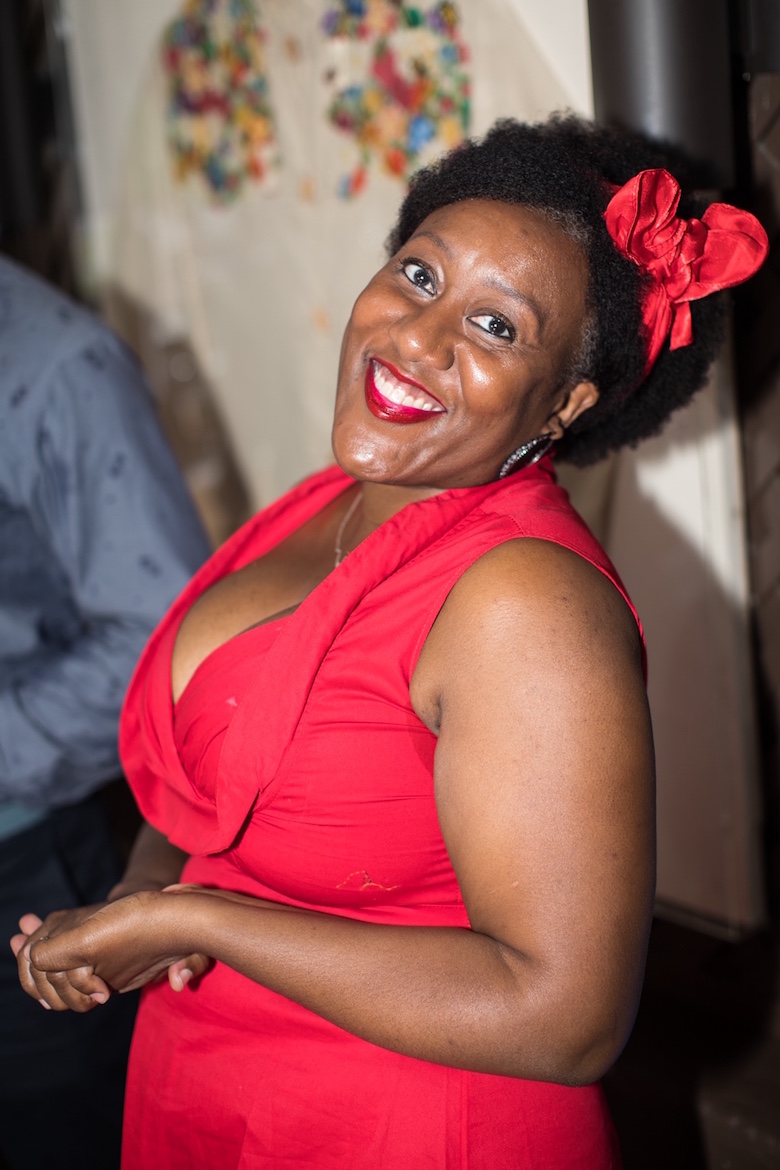 Culling together names that they had met over the years, the two decided to launch Black Food Folks in February of 2019 with a kick-off party, a gathering that Williams thought would max out at 30 people tops. Instead, a hundred people turned out for the inaugural Brooklyn event, with a handful of folks traveling in from D.C., Philadelphia, and New Jersey—even Devita Davidson stopped in to say hello as she was traveling back from Australia. A year and a half and 28,000 plus Instagram followers later, BFF is what the community had been waiting for.

A living thread of Black excellence, BFF’s Instagram quickly puts to rest the tired notion, “Where are all the Black x in the food industry?” Functioning as a who’s who in the culinary scene, the feed features portraits—many of which Williams has captured himself—of chefs, sommeliers, and bartenders alongside snapshots of writers, event producers, and everyone in-between. Forming a community offline, the group has hosted a number of events from casual meetups that cultivate conversation to panels that address the ins and outs of the pop-ups business. However, in light of COVID-19, BFF nimbly pivoted to online discussions via Instagram live featuring interviews with Top Chef alum Gregory Gourdet, award-winning chef Tanya Holland, and up and coming industry talent Rahanna Bisseret Martinez. Collaborating with other pro-black entities, BFF has also partnered with AFROPUNK to discuss the politics of food led by chef and culinary historian Therese Nelson.

As a response to the companies who wish to create a more inclusive platform, BFF sets the standard rather clearly: hire Black people, put Black people in charge, and call on Black voices beyond the month of February. “We live in a world that doesn’t appreciate our contributions until it’s time for ‘the Black issue.’ We are not a special occasion kind of a human being. We’ve been here this whole time. We’ve had our hands in this food for this entire time. And we don’t need to ask permission to be recognized. We can do it ourselves,” said Vincent.

Regardless of what happens in the mainstream, the team behind BFF will continue to promote Black voices, cultures, and techniques within the industry because according to Vincent, “we uplift everybody in this space because there’s room for all of us.”