Why Composting Should Be Mandatory in New York City

Citywide composting could cut methane emissions equivalent to 4 billion pounds of carbon dioxide each year—akin to taking 385,000 cars off the road. 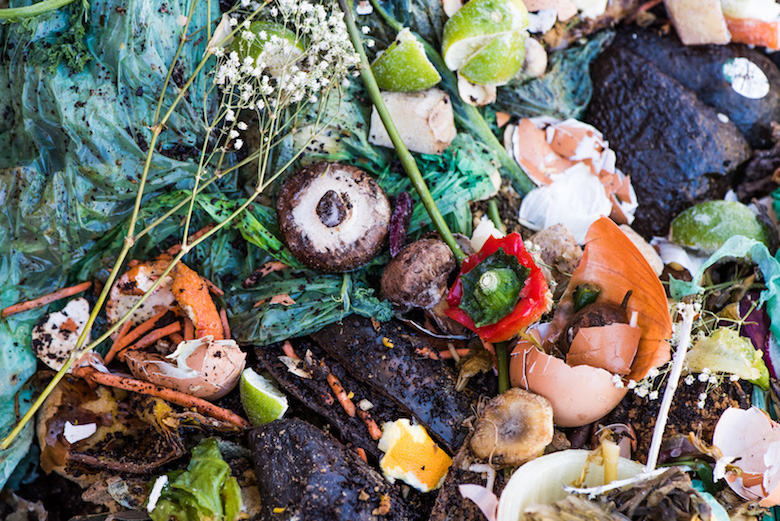 Of all the things I love best about New York, near the top of the list is this city’s ceaseless effort to nudge me toward a slightly less terrible version of myself. I credit the ban on smoking in bars and restaurants, back in 2003, with saving me from a nascent cigarette habit. The arrival of Citi Bikes got me fueling my own commute. Mandatory calorie counts made me think twice (sometimes) before ordering that Double Shackburger with Cheese Fries.

That’s why I was thrilled to see that, in Mayor de Blasio’s Earth Day announcement of a “Green New Deal” for New York, nestled within the grand pronouncements about Sustainable Development Goals and carbon neutrality was a humble resolution to make organics collection mandatory. At last, it seems, I will become the sort of person who sends my banana peels and coffee grinds and chicken bones off to become rich, good earth, instead of tossing them in a landfill to foul up the planet for all eternity.

The city has been working up to this for quite some time. Residential organics collection began here six years ago, with Mayor Bloomberg allowing some Staten Islanders to segregate their food scraps to be collected and composted by the city. Two years after that, De Blasio pledged to extend the service to all city residents by the end of 2018. 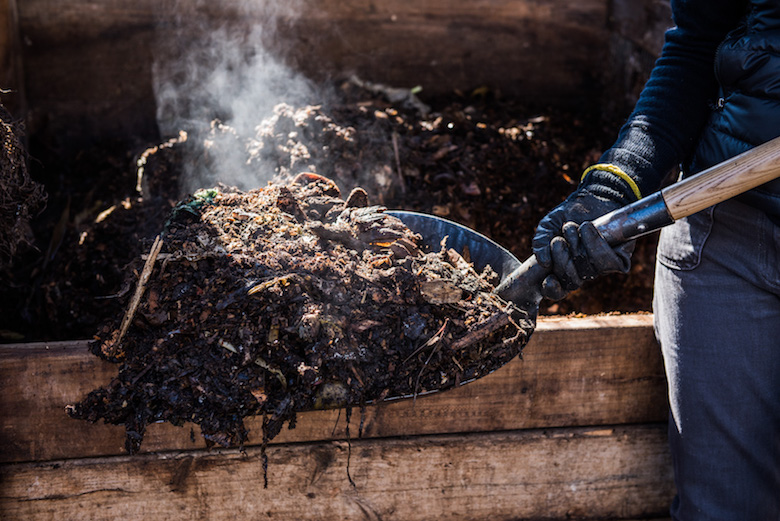 Having to separate your trash isn’t exactly a hardship: we’ve been required by law to do it for recyclables since 1989, and now we’re talking about sorting refuse into four categories instead of three. Photo credit: Valery Rizzo

New York City sends four million tons of trash to landfills every year, almost a third of which is food, which releases methane as it decomposes. Removing 80% of that would cut methane emissions equivalent to 4 billion pounds of CO2 each year—akin to taking 385,000 cars off the road. Those food scraps can be converted into compost to replace synthetic fertilizer, or biogas to generate electricity, producing income as well as further environmental gains. All of this makes separating organic waste seem like a no-brainer.

And yet the city hasn’t managed to grow organics collection as planned. Last year, around the same time as the Department of Sanitation announced that it would halt expansion, I spoke to Sanitation Commissioner Kathryn Garcia to find out why. I expected her to cite issues like collection logistics, funding, or labor unions. Instead, she said that her biggest problem was simply getting people to put their eggshells and leftover takeout into a separate bag.

New York City’s composting program now reaches more than 3.3 million residents—the largest program of its kind in the country—but it’s on track to collect just 46,000 tons of food scraps this year, about 4% of the food waste we send to landfill. When participation is that low, it gets hard to justify sending out special trucks with separate organics compartments; they come back nearly empty, which isn’t cost effective (or fuel efficient). “The biggest hurdle is always going to be the convenience for the public, and getting the public to do something new,” Garcia told me. She mentioned a revulsion, oft repeated, at the idea that a bag of discarded food would be just sitting there in the kitchen — even though that’s precisely what we do with our black garbage bags today. “I’m asking you to pay attention to waste, which…most folks just want things to go away.” 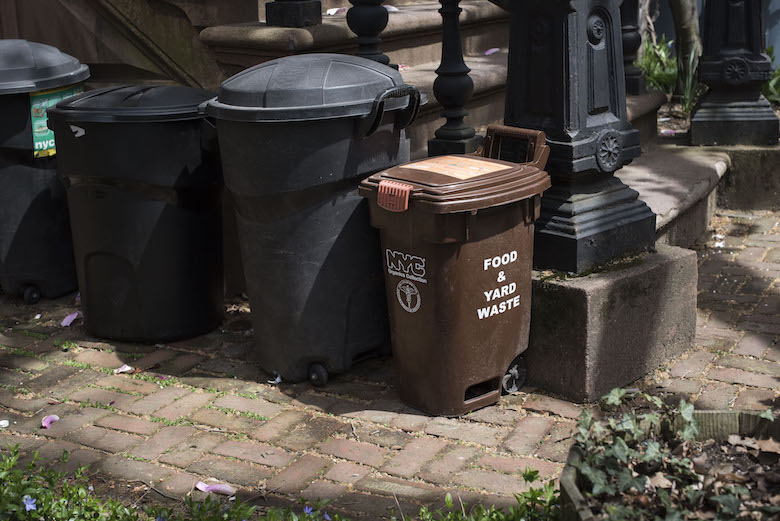 Residential organics collection began here six years ago, with Mayor Bloomberg allowing some Staten Islanders to segregate their food scraps to be collected and composted by the city. Photo credit: Liz Clayman

In my own personal life, I’ve noticed that getting into the compost swing of things has been oddly defeating. When organics collection reached my neighborhood, I applied for my very brown organics bin from the Department of Sanitation, and it arrived on my curb last September. At first I didn’t have the right kind of biodegradable trash bags. I bought some, but then I didn’t have a suitable container in my kitchen. One week I put my food scraps in a plastic bag under the sink, but then I forgot about it when recycling day came, and ended up tossing the soupy remains out with the trash immediately after I turned them up several days later.

Another week, my husband confused the food scraps with the normal trash, and peppered it with used tissues and receipts. At the time, it seemed easier to throw the bag away than clear up the confusion. On a few successful occasions, I did manage to get my food scraps to the curb, but my little bag of organics seemed pitiful at the bottom of that cavernous brown bin. Gradually, my ambition petered out, and now composting occupies the same part of my brain as flossing regularly, or stretching before I run: tasks that are virtuous yet optional, and always seem to demand more effort than I have to give them.

New York City sends four million tons of trash to landfills every year, almost a third of which is food, which releases methane as it decomposes.

The only sensible solution, in my mind, is to save me from my horrible self and make organics recycling mandatory (failing to stretch and floss should be illegal, too, but imagine the enforcement issues). That one change should increase collection volumes enough to justify the resources the composting program requires, and having to separate your trash isn’t exactly a hardship: we’ve been required by law to do it for recyclables since 1989, and now we’re talking about sorting refuse into four categories instead of three. It costs nothing aside from the 10 cent bag. Large restaurants, hotels, food manufacturers, and sporting arenas are already required to segregate their food waste (which is picked up by private haulers), so the new mandate just about getting individuals on board.

Those curious about what a policy like this might achieve need look no further than San Francisco, which passed the nation’s first composting law in 2009. The city now recovers 75% of its food scraps and yard waste each year—240,000 tons—and turns it into compost, which is sold as nutrient-rich fertilizer to farms around the state, producing income for the city. All told, San Francisco diverts 80% of its total waste from landfills. New York City, by contrast, hovers today at a lackluster 17%.

Like any good New Yorker, it burns me up to see San Francisco best us at anything. Fortunately, there is hope on the horizon that New York is ready to assume its rightful leadership position on climate issues. The state recently passed a ban on single use plastic bags, as the city puts the finishing touches on a congestion pricing scheme aimed at, among other things, reducing auto emissions in downtown Manhattan, and raising funds for subway improvements. Universal composting, and the rest of De Blasio’s Green New Deal, makes it a public policy trifecta.