Along with watching — or even participating in — a dumpling eating contest, guests can purchase small tasting plates. 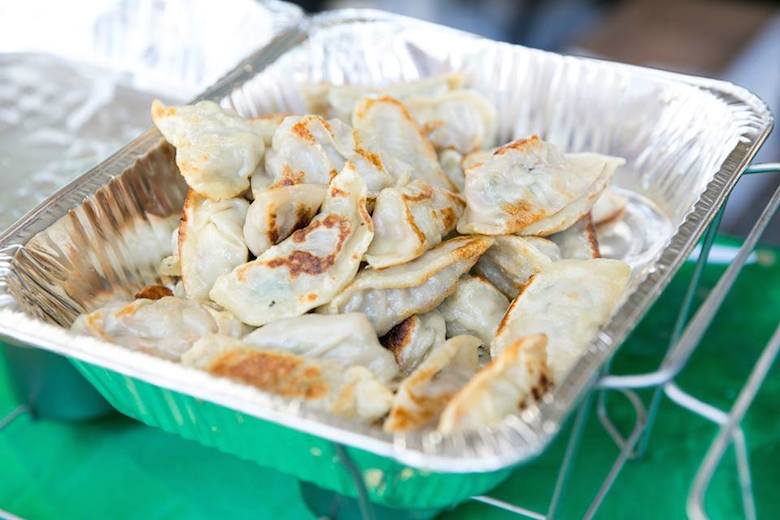 The festival also includes small plates from all over the world. Photo credit: NYC Dumpling Festival

Everyone’s lost an hour or three down a competitive eating YouTube rabbit hole (right?). But apart from Nathan’s Famous Hot Dog Eating Contest in Coney Island, how often do you get the chance to watch an eating contest in real life?

On September 26, the NYC Dumpling Festival will host its annual dumpling eating contest wherein contestants eat as many dumplings as possible over the course of two minutes. Think you can beat the 90 dumpling record and win $2000? Register here for the contest. In case you’re hoping to practice before game time, the competition dumplings are filled with chicken and napa cabbage.

For slower eaters, the dumpling festival also includes small plates from all over the world. Entree is free, but you’ll need a $20 ticket for samples — purchase in advance for a free tote bag. All proceeds will be donated to the Food Bank of New York City.

The festival is happening outdoors at Sara D. Roosevelt Park on E Houston Street. Rumor has it there’ll also be a beat boxer and a lion dance crew on site.

Edible Manhattan is a proud media sponsor of the NYC Dumpling Festival.