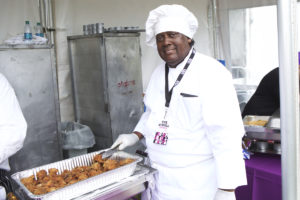 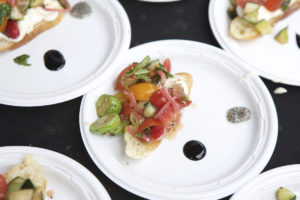 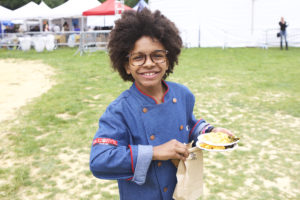 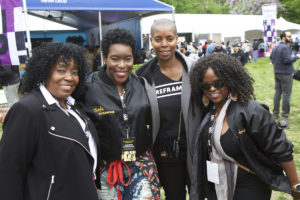 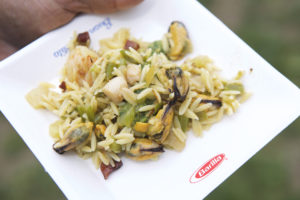 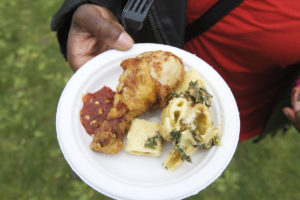 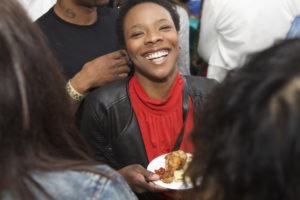 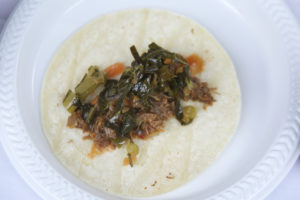 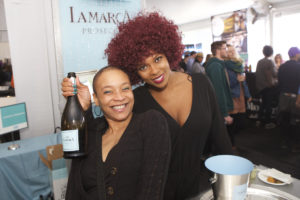 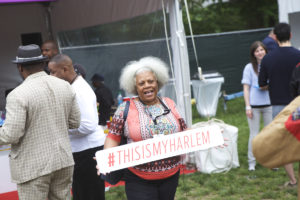 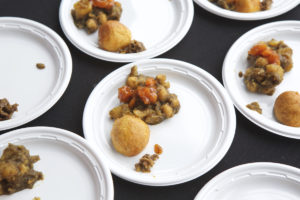 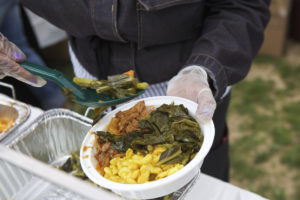 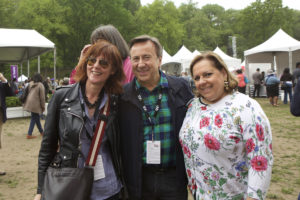 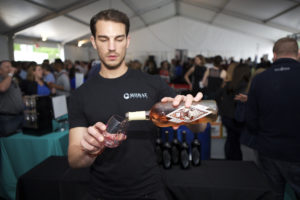 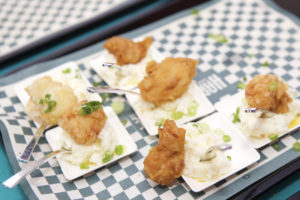 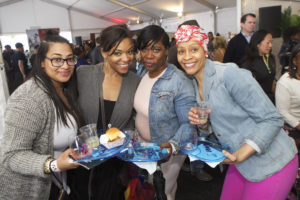 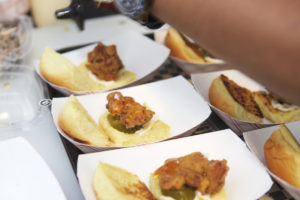 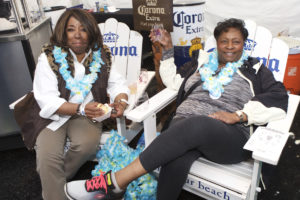 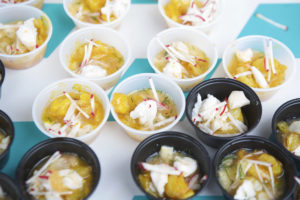 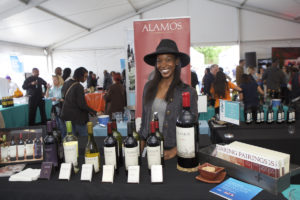 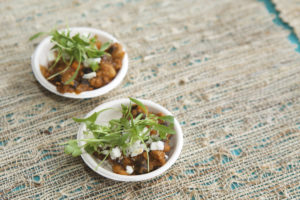 A slew of New Yorkers headed uptown last weekend for the second annual Harlem Eat Up festival, which was founded last year by chef Marcus Samuelsson to celebrate the neighborhood’s vibrant food scene.

The festival began on Wednesday, with “Dine In Harlem”: a series of guest chef dinners where the neighborhood’s best talent collaborated with well-known chefs from around the country.

The main event started up Sunday afternoon at “The Stroll,” which drew crowds to Morningside Park where guests watched celebrity chef cooking demonstrations, learned the intricacies of French wine, bought locally made art and enjoyed old school hip-hop and soul.

On the main stage, Aaron Sanchez, Emeril Legasse, Bobby Flay and other TV chefs showed off recipes and techniques to a packed tent of fans and onlookers. In between, DJ Stormin Norman kept the whole festival dancing with classic tunes.

Paying guests gathered in “The Taste at The Stroll,” a huge tasting section featuring tents packed full of old and new flavors from around the neighborhood. From Red Rooster‘s fried chicken and mac ‘n’ cheese to Sylvia‘s spicy steak tacos and Lolo’s Seafood Shack‘s conch ceviche, there was food for days. The longest line by far was for Icelandic Fish & Chips, a Reykjavik restaurant with plans to open soon in New York. The spelt-breaded cod and haddock enticed dozens to queue up for a taste.

Don’t want to miss next year’s shindig? You can sign up for news on the event’s website.