What to Know About Baijiu, and Where to Drink It

The Chinese beverage accounts for 30 percent of spirits consumption worldwide, but has only recently been making its way onto bar shelves in the States. 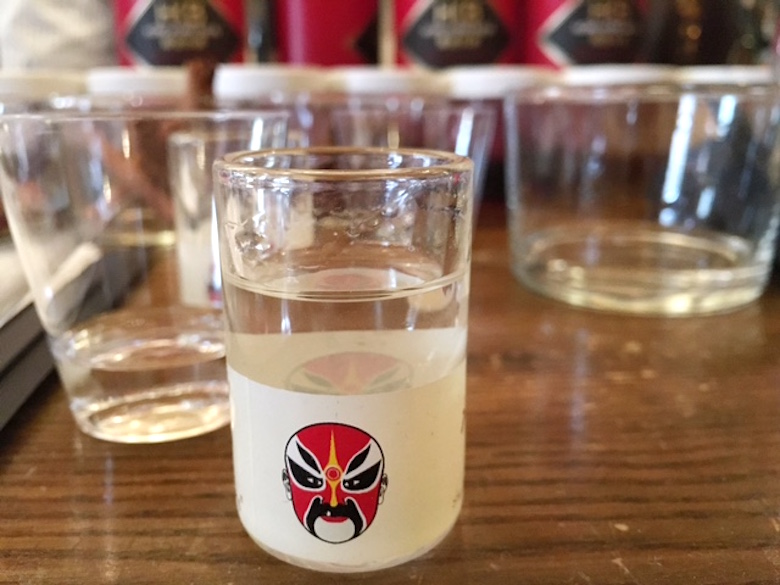 The distillation process and flavor vary from region to region, and the result is largely dependent on the base ingredient—sorghum, rice or wheat—and the aging process it undergoes.

With mezcal now everywhere, the latest spirit on the block to excite drinking enthusiasts is baijiu (pronounced bye-joe, meaning “white spirit”). There’s nothing new about it, though. The Chinese fermented grain beverage has been around for hundreds of years and accounts for 30 percent of spirits consumption worldwide, but has only recently been making its way onto bar shelves in the States. As it’s become more available and affordable, bartenders have started to introduce the very funky spirit to unaccustomed palates through cocktails that play off the citrus, stonefruit and floral notes buried beneath its pungent scent.

During a recent afternoon class on the spirit at Carroll Gardens bar Leyenda, mixologist Leo DeGroff told us he first tried baijiu seven years ago and was turned off by how overwhelming it is on the nose. But when creating a bar program at the Waldorf Astoria’s La Chine with Sake Samurai Chris Johnson, they dove deep into the spirit’s possibilities and came around to its unique flavor. While their first cocktail only had ¼ ounce of the stuff, their latest is up to 1 ½ ounces—they’ve come a long way in only six months.

One cocktail DeGroff has made using the brand Hong Kong Baijiu softens the funk by calling for 1 ounce of Jägermeister, 1 ounce baijiu, 2 ounces of jackfruit blended with demerara syrup, fresh lemon and allspice bitters. Garnished with a purple orchid, it’s sweet and rich with a touch of what can only be described as rot—delicious rot. (Of the choice to incorporate the maligned Jägermeister, he reminds us that it was “a neat little digestif before it was an American party animal.”)

In China, it’s drunk straight at dinner, generally only by men; the kind of baijiu one buys is a mark of status, and the Maotai brand is the most revered. The distillation process and flavor vary from region to region, and the result is largely dependent on the base ingredient—sorghum, rice or wheat—and the aging process it undergoes. Sorghum is such a popular base for the spirit that 95 percent of the U.S. crop is shipped to China for baijiu production. Eight main distilleries produce it in categories known as “strong aroma,” “light aroma,” “sauce aroma” and “rice aroma,” all of which have different alcohol contents and flavors.

Is baijiu the next mezcal? Maybe, maybe not. But a new spirit means new flavor profiles for bartenders to play with and cocktails to sip, and that’s fun for everyone.

If your interest is piqued, these local spots are serving up baijiu in Brooklyn and Manhattan: Clover Club, The Mulberry Project, The JakeWalk, Huckleberry Bar, Erv’s on Beekman, Travel Bar, Clement in The Peninsula Hotel, Red Farm, Mission Chinese Food, Fung Tu, Cercle Rouge and Panca.