The Christmas Conspiracy (or How New Yorkers Created Santa Claus)

Christmas had been celebrated in the city since colonial times, but it was once a time to fire guns into the air and drink. 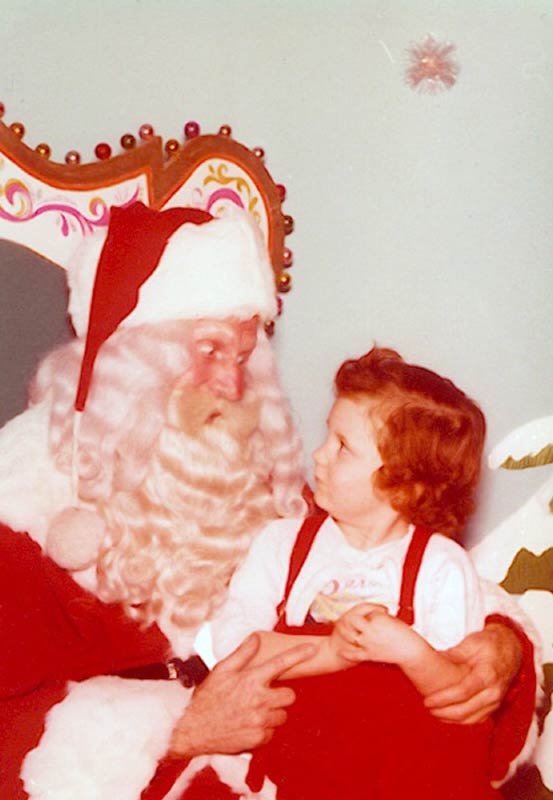 Everybody knows that Santa Claus arrives on Christmas Eve in a sleigh pulled by reindeer. But the earliest American account of Santa Claus has him arriving on a horse and wagon on December 6, the feast day for St. Nicholas.

The original St. Nicholas was a fourth century Greek bishop in Myra, Asia Minor, who was known for his generosity. He was revered in Europe since the Middle Ages and his feast day was — and still is — celebrated in many European countries. The Dutch invented a mythical figure, called Sinterklaas, who gave gifts on the evening of December 5 — the night before St. Nicholas’s feast day.

Despite the Dutch founding of what is today New York, no evidence has surfaced that anyone celebrated or even mentioned St. Nicholas Day until 150 years after the city’s founding. It appeared in the New-York Gazetteer owned by one James Rivington, an Englishman who immigrated to New York in 1760. In the December 23, 1773 issue, Rivington covered the first New York account of the Boston Tea Party and a small announcement stated: “Last Monday the Anniversary of St. Nicholas, otherwise called St. A Claus, was celebrated at Protestant-Hall, at Mr. Waldron’s; where a great number of the sons of that ancient saint celebrated the day with great joy and festivity.” Mr. Waldron’s was a tavern, where New Yorkers dined and drank. In addition to the city’s first reference to St. Nicholas, the account also published the first mention of “Santa Claus,” which was likely the Englishman’s misspelling of Sinterklaas. Rivington again mentions St. Nicholas when he wrote that “descendents of the ancient Dutch families” celebrated St. Nicholas’s day “with great joy and festivity.”

St. Nicholas and Santa Claus disappeared from New York written accounts for two decades. New Yorker, John Pintard, a civic-minded businessman and a descendent of a French Huguenot family who arrived in New York in 1690, mentioned St. Nicholas in his private papers in 1793 and again four years later. Pintard helped found the New-York Historical Society in 1804, and he was friends with a writer named Washington Irving, and an Episcopalian minister of Walloon ancestry named Clement Clarke Moore.

In January 1808 Manhattanite Washington Irving wrote in his literary magazine, Salamagundi, that “The noted St. Nicholas, vulgarly called Santaclaus — of all the saints in the kalendar the most venerated by true hollanders, and their unsophisticated descendants.” This may have given him an idea to expand on this story, and he did so in his satirical History of New-York, which was published on St. Nicholas Day, December 6, 1809.  In the book Irving proclaimed that St. Nicholas was New Amsterdam’s patron saint and that a “jolly old Dutchman, nicknamed Sancte Claus, who parked his wagon on rooftops and slid down chimneys with gifts for sleeping children on his feast day.”

John Pintard jumped on the St. Nicholas bandwagon. At his urging, the New-York Historical Society hosted a dinner on St. Nicholas Day in 1810. Pintard paid for the publication of a broadside with an illustration of a stern Saint Nicholas. Over the fireplace hung two stockings – one filled with goodies (perhaps toys, oranges, sugar plums and “oley cooks”), the other, a stick.

Neither Pintard nor Irving associated Santa Claus or St. Nick with Christmas. Christmas had been celebrated in the city since colonial times, but it was a time to fire guns into the air and drink. Drunkenness and rowdyism prevailed on the streets. Pintard believed that Christmas should be a “family-oriented winter holiday for polite society.” So did Irving, who in his Sketch Book (1819) popularized the idea that Christmas was to be celebrated with a cozy family celebration complete with a large dinner. This is where Clement Clarke Moore, a New York  Episcopalian minister came in. In 1823 he published “An Account of a Visit from St. Nicholas” (1823), commonly known as “‘Twas the night before Christmas.” He intentionally shifted the arrival of Santa Claus from the evening before St. Nicholas Day, which few New Yorkers celebrated, to Christmas Eve in hopes of creating a family holiday. Of course, as everyone knows, eight tiny reindeer pulled Santa in a sleigh and Santa gave appropriate presents to children (and adults). The poem has remained one of America’s most popular poems for almost two centuries.

Still, there was a problem with Santa that needed to be cleaned up. Pintard’s image of Santa Claus was dour and depressing — it really wasn’t kid friendly. It was the illustrator  Thomas Nast, a German immigrant who arrived in New York in 1850, who created the modern image of jolly old St. Nick, which first appeared in Harper’s Weekly in 1862. By this time, many Americans celebrated a less rowdy Christmas complete with presents for the children and a family dinner.

It was the New Yorkers’ view of Christmas — complete with Santa Claus, reindeer, stockings and presents — that dominated American celebration after it was declared a federal holiday in 1870. Retail stores picked up Santa Claus as an appropriate salesperson and by the early twentieth century, Santa Claus was a popular fixture enshrined in American commercial life through purchasing and giving gifts. Today, Americans owe everything to the three New York friends — John Pintard, Washington Irving, and Clement Moore — who conspired to domesticate Christmas from a day of drunkenness to a family celebration.