Drink it straight, if you dare. 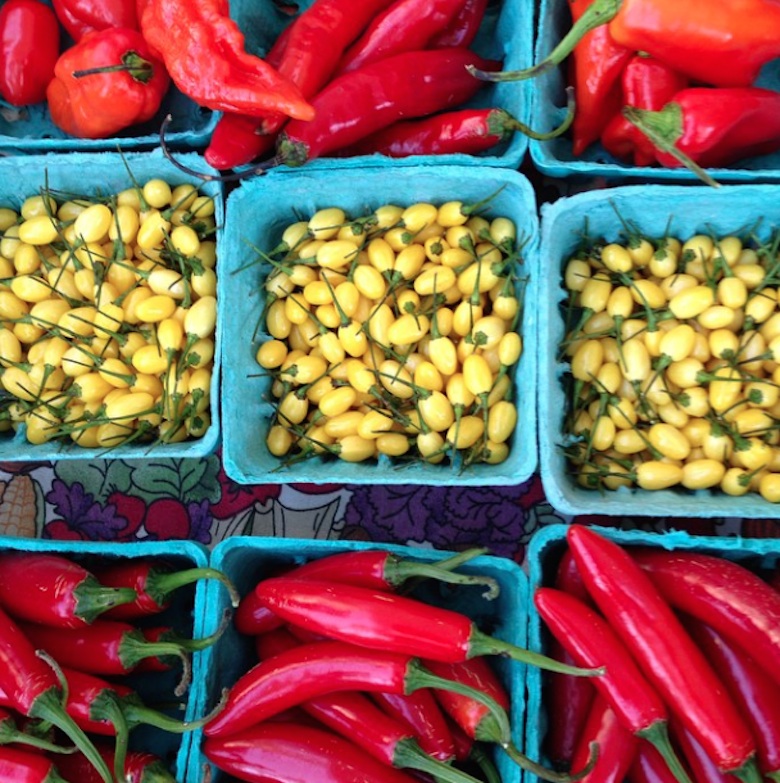 Photo of Tim Stark’s Stand by GrowNYC Greenmarket, via Instagram.

If you’re like me, you’re falling behind on your chile peppers. They’re so alluring at the Greenmarket, especially at Tim Stark’s stand, home to dozens and dozens of varieties with dazzling colors and endorphin-inducing opiates.

But really, how many jars of salsa can you simmer and seal?

That’s where this infused-booze comes in. It’s by preservation guru Sherri Brooks Vinton, but while many of her recipes require citric acid, sterilized tongs and boiling water by the gallon, this one calls for nothing more than a few chopped chiles of your choice and some cheap vodka. And it’ll keep you warm all winter long.

Still have a surplus of peppers? Knock yourself out with this chile-infused oil.

This infused vodka is firewater indeed. Drink it straight, if you dare — icy cold and poured into a glass rimmed with celery salt — or use it in your favorite recipe for a red-hot Bloody Mary. You can also use it to deglaze a pan or to flavor dishes that could use a little heat. No need to use your top-shelf vodka, as its flavors will be overwhelmed by the heat.

Infuse: Pour the vodka into a clean quart jar. Slice the peppers into ¼ inch rings and add them to the vodka. Steep for 2-3 days, tasting after the second day for flavor. Pour the vodka through a fine-mesh strainer and then funnel back into the vodka bottle. Keeps for up to 1 year.

Excerpted from Put ‘em Up! © by Sherri Brooks Vinton, used with permission from Storey Publishing.