A Cookbook, a Contest, and a Recipe for Spicy Watermelon Granita

While you’re cooking from The New Greenmarket Cookbook — or anything else from this riotous high season — snap a pic and tag it #feedfeed and #GrowNYC on any social network. The winner of this Cook the Greenmarket Contest will score dinner for two at the James Beard Foundation. 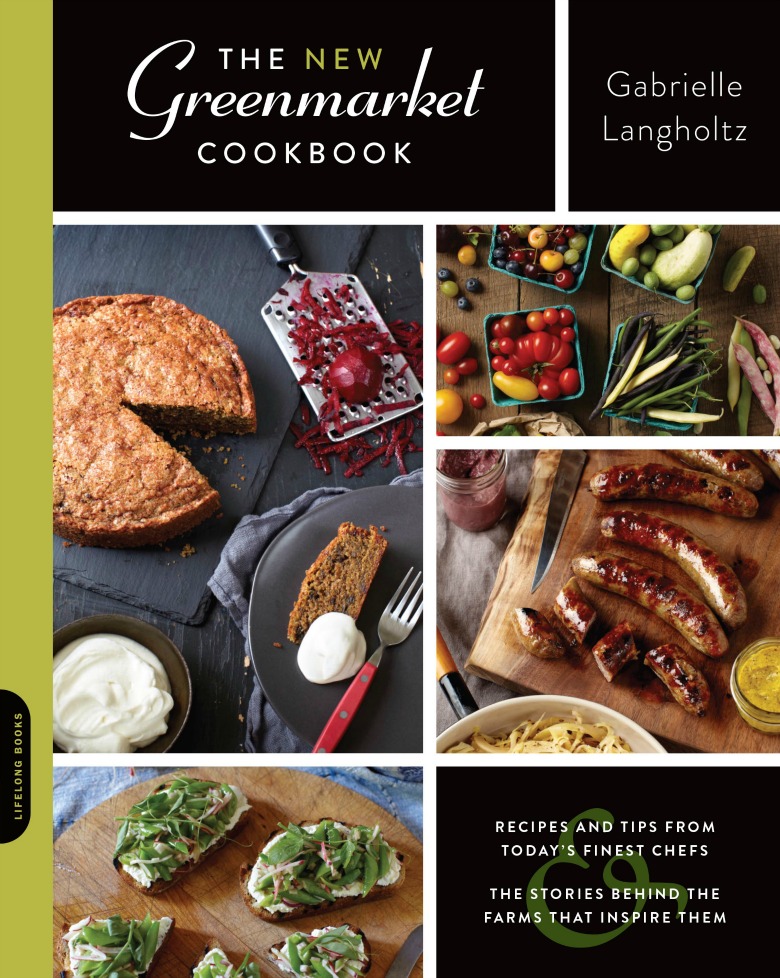 You probably know our editor Gabrielle Langholtz has long identified as a hardcore locavore. So much so that in 2001 she left a job and expense account at Fortune magazine to work in the Greenmarket office, where, for almost a decade, she handled communications, wrote grants, ran the food stamp program and occasionally rose before dawn to drive a van full of tents and tables before leaving to launch Edible Manhattan.

But Gabrielle couldn’t turn down one last project with her old employer and this summer released The New Greenmarket Cookbook, a collection of recipes from about 100 chefs who build their menus around Union Square’s offerings — including Eric Ripert, April Bloomfield, Dan Barber, Anita Lo, Mario Batali, Mike Anthony and Dan Kluger, as well as the likes of Martha Stewart, Ruth Reichl and Michael Pollan.

It’s impossible to be impartial about Gabrielle’s book so we won’t try. Instead we’ll just share one of her favorite recipes, an indisputably addictive watermelon-jalapeño granita from Brooklyn’s Fany Gerson, aka La Newyorkina. Like the bulk of the book’s recipes, it’s super simultaneously simple and surprising.

While you’re cooking it — or anything else from this riotous high season — snap a pic and tag it #feedfeed and #GrowNYC on any social network. The winner of this Cook the Greenmarket Contest (more info in the above image) will score dinner for two at the James Beard Foundation.

There’s a reason September’s moon is named Harvest. As we straddle summer and fall, local farmers offer an autumnal riot, from cauliflower to concords, but the peaches and tomatoes are still going strong. This is the kind of heady moment locavores live for. Happy cooking.

Peel a few large strips of zest from the lime, then squeeze the juice into a cup and set aside.

In a small saucepan, combine the sugar with 1/2 cup of water and place over high heat until the mixture comes to a simmer and the sugar dissolves completely.

Remove from the heat, add the chile and lime zest, and steep, covered, for 15 minutes.

Meanwhile, puree the watermelon with the salt and lime juice in a blender or food processor and pour into a 9 x 13 inch shallow pan. Strain the syrup into the watermelon puree, stir to combine, and transfer the pan to the freezer.

After 2 hours, scrape the granita mix with a fork (a serving fork works well for this) and return it to the freezer. Freeze until it is firm, about another 3 hours, and when you are ready to serve, take the granita mixture out of the freezer for 5 to 10 minutes and scrape with a fork. Serve in individual cups.


From The New Greenmarket Cookbook by Gabrielle Langholtz. Reprinted with permission from Da Capo Lifelong, © 2014