This article appears in Fall 2019: Issue No. 60 of Edible Manhattan.

How a quest for a carrot led to the preservation of local Palestinian agriculture. 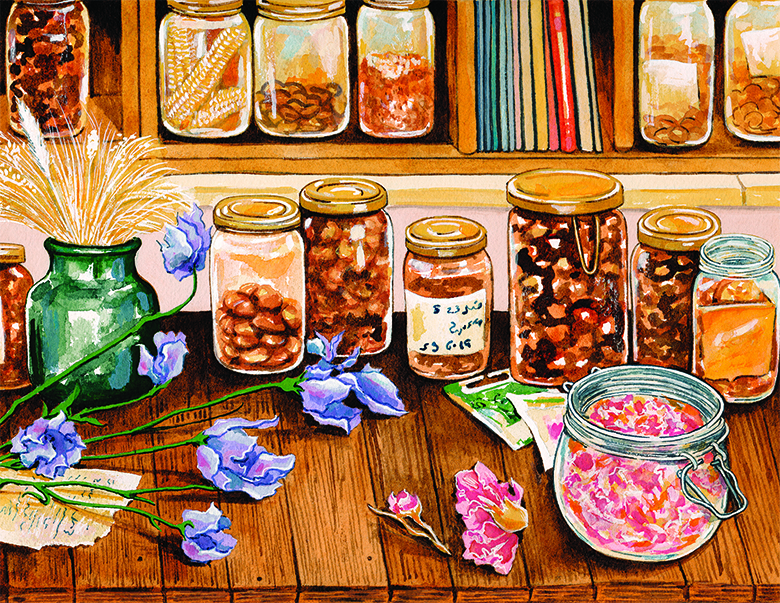 The Palestine Heirloom Seed Library is preserving the agricultural identity of a country whose culture—and land—is increasingly at risk.

The Palestine Heirloom Seed Library began with the quest for a carrot.

Vivien Sansour spent five years away from Palestine in the early 2000s during the Second Intifada—an uprising against Israel’s military rule, marked by waves of violence. In 2004, Israel began construction on the “security barrier,” a system of walls and fences that sometimes extended deep into the West Bank. The wall blocked access from Palestinian areas into Israel, separating many farmers from their markets.

“When I returned,” Sansour says, “I asked ‘Where were the ladies selling fresh cheese? Where were the cucumbers I could smell?’ All there was were disgusting cauliflower. I wanted to taste my home again.” Sansour started to search for those lost crops and gather their seeds into a library.

At the top of her list of vanished foods was a purple carrot she remembered from her childhood in Beit Jala, a Christian suburb of Bethlehem. “You stuff them with rice and tamarind sauce. It’s one of my favorite dishes.” After scouring local markets, Sansour found a farmer selling the “fat carrot” from crates hidden under a table. “I felt like I was doing a drug deal. He was saving them for a chef. Finally, he gave me two carrots. I put them in the ground and grew them out for their seed.”

Sansour posted about her seed searches on Facebook. “People started writing, calling and sharing their seeds.” 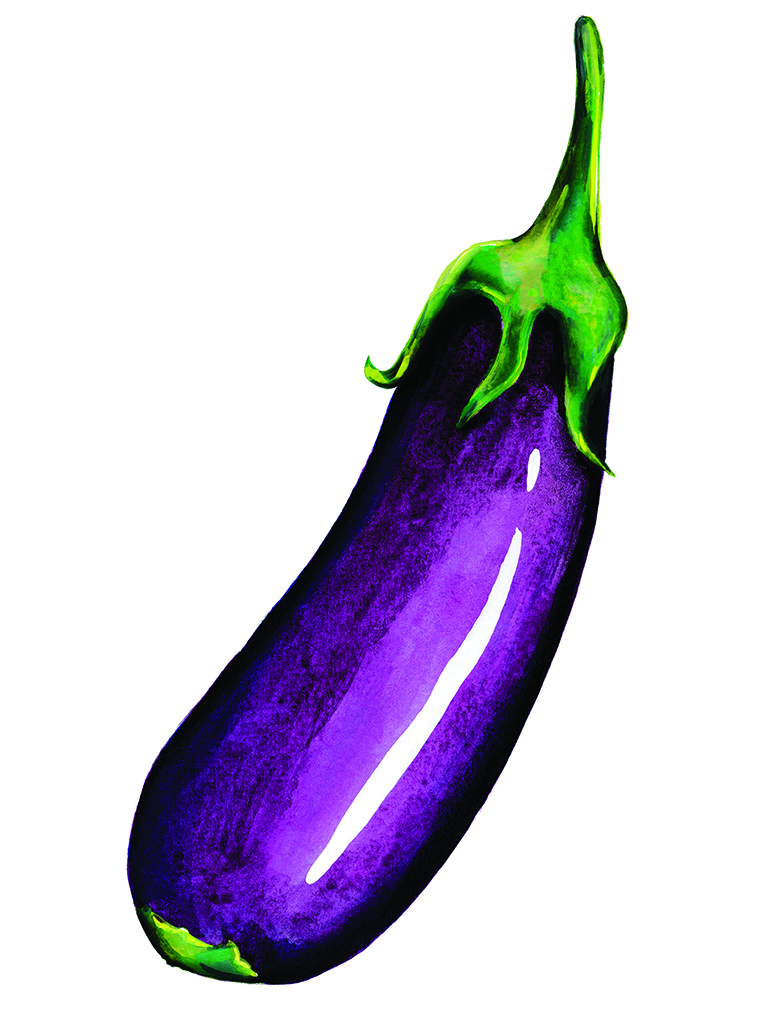 The true library grows in the farmers’ fields, Sansour says. “I’m not interested in creating an archive. I want to see as many farmers as possible using the seeds.”

The results are diverse and delicious: The scent of khyar abyad, a white cucumber, evokes “a romantic longing.” The baladi tomato tolerates drought. Jadu’i, once a widely grown watermelon, is renowned for its size and flavor. Sansour found its seeds in a catch-all drawer of a farmer’s house in the small village of Wadi Fukin: “Among loose screws, there they were—priceless heirloom treasures!”

Agriculture in Palestine narrowed dramatically in the 1940s and 1950s, as it did across the globe. “We were a center of diversity for wheat. Now, from hundreds of varieties, we grow only two.” Sansour tracked down seeds for Handsome Dark One, a wheat with dark black “whiskers” on the fruit and a rich, nutty flavor. “Women talk about it like a love who is long gone.”

After a few moves, the Palestine Heirloom Seed Library landed in a small hostel in the village of Battir, overlooking a steep valley. Presently, the seeds occupy little space: Neatly labeled jars cover a single tabletop, awaiting the shelving being built for the bulk of the collection. The true library grows in the farmers’ fields, Sansour says. “I’m not interested in creating an archive. I want to see as many farmers as possible using the seeds.”

In 2014, Battir was recognized as a UNESCO World Heritage Site. That same year it was listed as a “Site in Danger.” Famed agricultural terraces, farmed continuously for two thousand years, quilt the Palestinian side of the slope. Battir perches on the Green Line, the international border drawn up after 1948 and made effectively obsolete when Israel occupied the area in 1967. Looking out from the Seed Library, one sees Israel: a hillside dominated by a single species of pine. Planted by the Jewish National Fund (often on the site of depopulated Arab villages), the trees embody, for many Palestinians, the loss of their land. 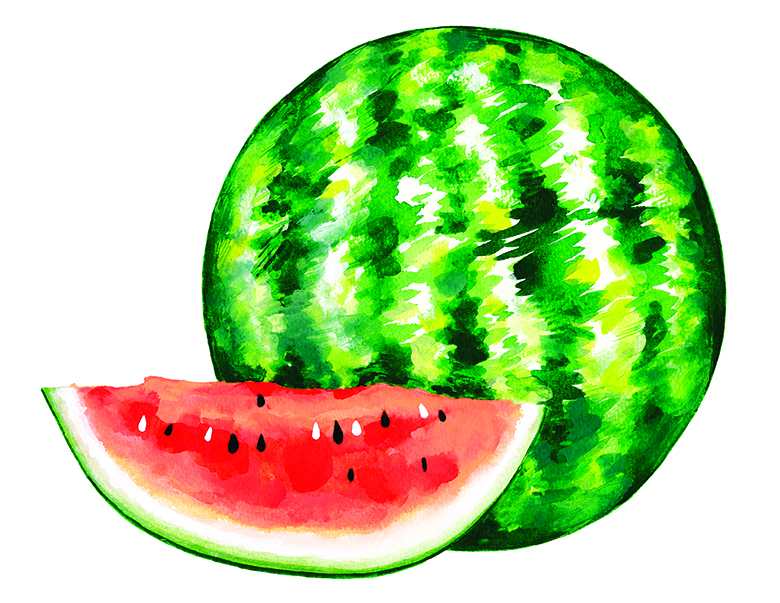 Jadu’i, once a widely grown watermelon, is renowned for its size and flavor. Sansour found its seeds in a catch-all drawer of a farmer’s house in the small village of Wadi Fukin: “Among loose screws, there they were—priceless heirloom treasures!”

“The tree is both the criminal and the victim,” Sansour says. “You can see the difference in vegetation between this hill and that one. But if you look through the pines … there is so much biodiversity, so much to harvest and cultivate: pomegranate, old pear varieties, all cultivars that are disappearing around the world.”

A train track snakes through the valley below. Long before it demarcated the Green Line, this passage was part of the Silk Road. Service to Battir’s train station stopped during the 1948 Israeli War of Independence (Nakba, or the Catastrophe, to Palestinians); the station was razed in the 1990s.

With the loss of the train station, the village stopped exporting the Battir eggplant, one of its best-known crops. “Women would sell it at the train station: a long fruit with a thorny neck. People from Jerusalem to Haifa used to eat it.”

Her efforts to resurrect these local crops take Sansour around the globe. She works with farmers and gardeners in California, where Palestinian heirlooms thrive. She attends conferences such as the one led by the Northeast Organic Farming Association. Despite the Middle East’s rich diversity of agricultural cultivars, Sansour was one of only two people representing the region at a prominent international seed conference in Mexico.

Sansour especially loves searching for seeds with special stories. “People ask for everything. When someone calls to me with such a longing, it feels like I’m involved in a romance. There is a very deep, very emotional reason to do this.” In this way, her library stores not just crops but a culture, a whole endangered way of life.