How Adam Gopnik Met the Pretzel Croissant, and Why It Mattered

I thought “this is genius and it’s the sort of thing that could only happen in New York.” 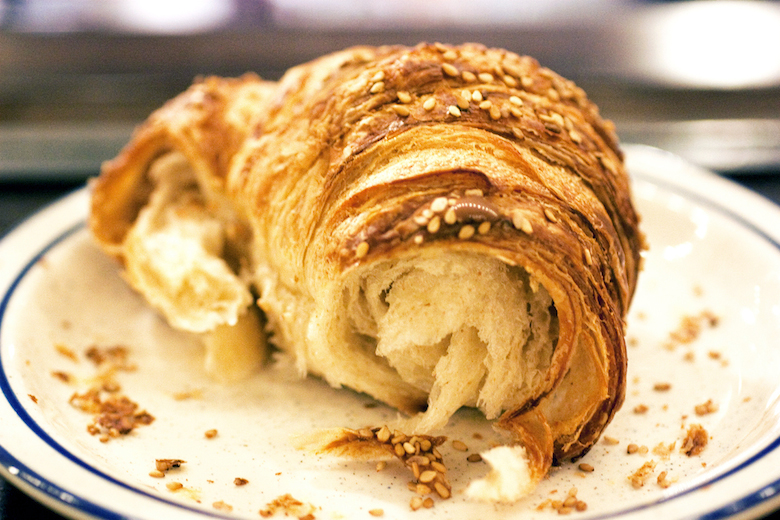 It’s nearly root season but all week I’ve been feasting — on the New Yorker’s annual Food Issue. I especially savored Adam Gopnik’s “Panic in the Pastry Shop“, a thoughtful examination of what two cross-bred croissant cousins — the City Bakery pretzel-croissant and the frenzy-inducing Cronut — mean to, and about, Manhattan.

Born a decade apart, these two hybrids are the product of confection innovation, bearing the unmistakable mark of our melting pot. Gopnik learns how each was conceived and goes deep into what they say about us, taking the approach of Brillat-Savarin, whose most famous line is translated as: “tell me what you eat and Ill tell you what you are.” For example:

Back in the excessive eighties, it was said that muffins and bagels had grown ridiculously big precisely as a substitute for real material goods: you couldn’t buy a house, so you bought a big muffin. Now you can’t buy a house or an apartment and your internship doesn’t actually, you know, pay. So you get a croissant that’s fried and sugared and filled and glazed.

Longtime readers of Edible Manhattan will recall that Gopnik himself told us what he eats, and in so doing, showed us some of what he is. That interview in his Upper East Side home kitchen touched on his personal relationship to the pretzel croissant. In this excerpt, Gopnik recounts how chef Dan Barber introduced him to the strange pastry, and his resultant epiphany:

AG: City Bakery’s pretzel croissant is the reason we moved back to New York. Well, we’d just moved back from Paris and were still in that sort of in-between, “Why did we move, why are we here?” Peter Hoffman had sweetly had a dinner at Savoy on the occasion, one of his wonderful series, where I’d met Dan Barber, who said, “You gotta try this thing, the guy’s done something I think is really brilliant: He’s combined a soft pretzel and a croissant.” I was dubious and then we got them and I thought “this is genius and it’s the sort of thing that could only happen in New York. Only here would somebody have the brains and the balls to do something like that.” That’s what New York does, it’s this amazingly composite, mongrelizing, hybridizing city. So we finally said “yeah, for Dalton and the pretzel croissant.” Not necessarily in that order. 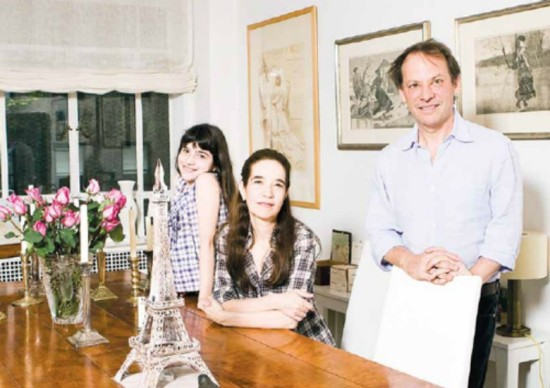 Kept by a croissant: Adam Gopnik at home with daughter Olivia and wife Martha Parker.

I’ve long loved the pretzel croissant, but even more so knowing it sealed Gopnik’s NY citizenship. Here’s to the mongrel pastry that kept him.