Think Inside the Box: Neuhaus Opens a Flagship Shop

On Madison Avenue, a new home for a very old chocolatier. 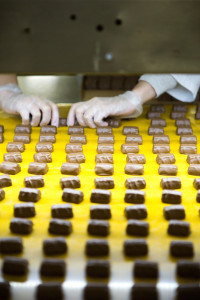 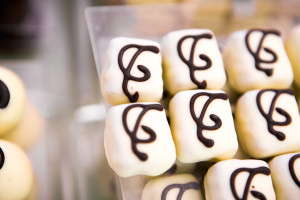 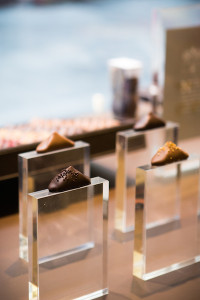 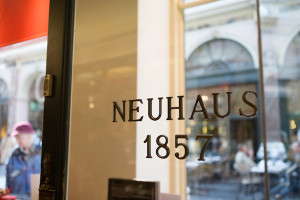 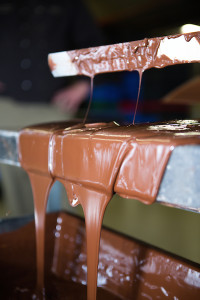 Customers at Neuhaus’s flagship U.S. shop, which opened on Madison Avenue and 53rd this spring, may take a look at the sleek space and upscale offerings—dark chocolate cradling caramel and French fleur de sel or raspberry ganache and flakes of the dried fruit—and assume it’s just the latest of Midtown’s dime-a-dozen (or rather, mint-a-million) gift shops selling haute chocolate by the ribbon-wrapped box.

But while the shop is nouveau, its riche product isn’t. Far from it.

Filled with layers of confections and a little map letting you know that the dark-chocolate heart is the one hiding the hazelnut puree, a box of chocolates seems so old-fashioned and iconic, it’s hard to believe anybody invented it. But that’s what happened, exactly 100 years ago, when Jean Neuhaus Jr. took over the Brussels-based apothecary where his father had been making chocolate since 1857. In addition to hand-molding intricate shapes like spiny lobsters or thick candy bars (each little tab embossed with an N, E, U, H, A, U or S), he began filling chocolates, too. Think nutty hazelnut cream wrapped in milk chocolate, or later on, little triangular toffee cookies piped full of crème fraîche and vanilla butter, the whole thing dunked in chocolate.

Neuhaus’s wife, Louise Agostini, watched him sell (and, sometimes, inadvertently smash) his lovely little desserts in the same paper cone that delivered Belgians those delicious frites, and sought a more elegant, engineered solution: The result was a beautifully printed cardboard box, now known to chocolatiers as a ballotin.

A century later, you can see the Caprice filled by hand and tucked into a ballotin at Neuhaus’s new Madison Avenue shop. One of the largest stores run by the now-international company, it is one of the few with a staff maître du chocolatier on hand several days a week for demonstrations. It also houses Neuhaus history, including the original molds for those lobsters and lettered bars, plus antiques like ancestral copper tempering pans.

But most of the storied sweets are still made in the Neuhaus factory on the outskirts of Brussels. And despite some advances in mechanization—the Caprice’s cream-filled toffee cookies (a 1958 invention) are bathed in chocolate with the help of a conveyor belt nearly the length of a football field—this is still slow food. Just two little ladies hand-make every single nut-filled butter cream, one by one; nearby a maître du chocolatier tempers liquid chocolate on a massive marble table.

And for Saint Nicholas Day, they hand-fill custom molds of chocolate saints in every size, now individually enrobed in a more modern protective package: bubble-wrap, for the journey to Madison Avenue.