The Atoboy Team Brings in Guest Chefs from California and Paris

Expect chefs from around the U.S. and the globe. 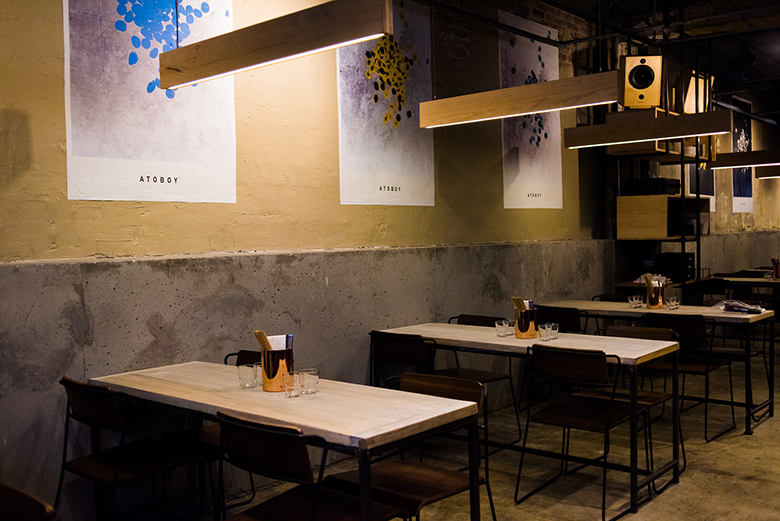 The interior of Atoboy, which will be hosting a chef from Paris. Photo courtesy Atoboy.

August is a slow month for everyone except, apparently, the team behind beloved spots Atoboy and Atomix. The former, which has made a splash in the NoMad neighborhood since its opening in 2016, will host a chef from Paris, while the latter, which opened just last year in 2018, will be showcasing some California cuisine.

Come Monday, August 12 and Tuesday, August 13, chef Junghyun Park and his wife, Ellia Park, will be bringing in chef Kyle Connaughton and his wife and head farmer, Katina Connaughton, from SingleThread in Healdsburg, California, which recently received three Michelin stars and has been receiving attention for its undeniably farm-to-table approach since its opening in 2016. Each day at Atomix, there will be two seatings, 6 p.m. and 9 p.m., featuring 6 snacks, 5 to 6 savory courses, 1 rice and banchan course and 2 desserts for $350 per person. Reservations for this dinner can be made through Tock.

At their sister restaurant Atoboy, there will be some Parisian flair, as chef Esu Lee of CAM will be cooking alongside Park as part of their ongoing Korean Guest Chef Series. Expect broad Asian cuisine from Lee, whose focus is on seasonality and whose approach has been influenced by his time cooking in various cities around the world, like Sydney and Hong Kong. His Korean roots, too, are deeply present in the cuisine. The dinner will take place on Monday, August 26, with various seatings, and the dinner will cost $90 per person for 7 savory courses and one dessert. Expect a lot of natural wines, as that’s also a hallmark of Lee’s style and will be available à la carte. Reservations can be made on Resy.