With articles like “How to Eat Like Beyonce for 7 Days,” the growing food site for students resonates with its readers. 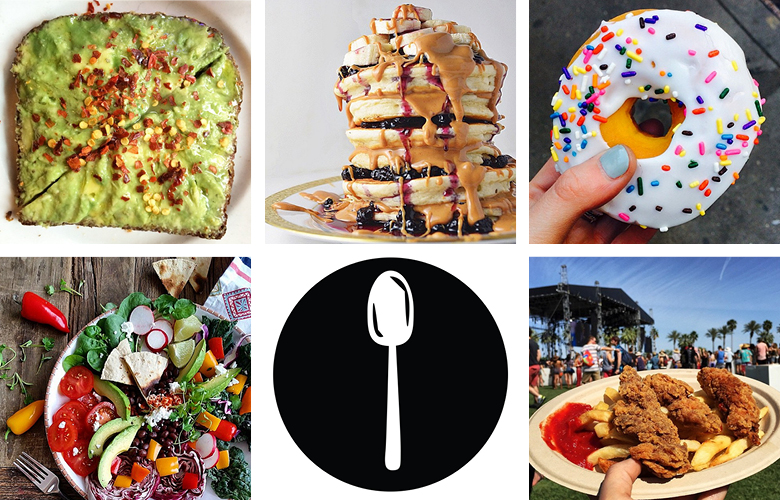 Spoon University, the largest, most ambitious college food website in the country, has a network of roughly 100 affiliated campuses. Photos courtesy of Spoon University.

Mackenzie Barth was in her first off-campus apartment at Northwestern University — a tight space with fluorescent lighting and a crummy set of pots and pans — when she realized she had no idea how to cook. Her friend Sarah Adler was in the same situation and together they wished for an easy resource for college kids like them with teeny budgets and tiny kitchens.

So they cooked up something other than nachos: They started Spoon, a food magazine and website that quickly earned a following on campus, thanks to dorm-friendly recipes like spiked peppermint hot chocolate and spinach soufflé-stuffed chicken (made with a frozen Stouffer’s spinach soufflé).

That was 2012. Today, Adler and Barth are cooking in tiny Manhattan kitchens and their project has also graduated: into Spoon University, the largest, most ambitious college food website in the country, with a network of roughly 100 affiliated campuses, including New York University, University of Michigan, Claremont Colleges and dozens more.

The homepage of SpoonUniversity.com features stories such as “How to Eat Like Beyoncé for 7 Days” and “These Nutella-Stuffed Muffins Are Better Than Sex.” But each campus chapter has its own micro-site whose volunteer editorial staff produces features, timely food news, cooking how-tos (“9 Money-Saving Freezer Hacks”) and local dining recommendations. In addition to learning how to eat well, participating students pick up skills in online media and running a startup website.

“The site is not just about crazy, ridiculously decadent late-night food,” Adler says. “There’s a ton of content about how to make good choices with limited resources…. Our mission is to help young people eat intelligently.”

“There are a lot of thoughtful, honest pieces about people’s relationships with food,” Barth adds.

Body image and eating disorders have recently been a trending topic. NYU grad Katherine Baker wrote a piece, “‘All About That Bass’ Might Actually Be Bad for Female Body Image,” about how Meghan Trainor’s hit song actually shames skinny girls as it celebrates women with voluptuous figures, and the article received hundreds of comments. Jocelyn Hsu, a sophomore at the University of California, Berkeley, wrote about her double jaw surgery in “True Life: What It’s Like to ‘Eat’ with Your Jaw Wired Shut,” and says the piece helped her connect with other students who had been through the same experience.

In addition to the current 50 schools, Spoon has another 50 in the pipeline; their goals is to reach the top 200 schools in the U.S. News & World Report’s college rankings. Earlier this year, Adler and Barth participated in the competitive accelerator program Tech Stars. They recently raised more than $500,000 in startup capital, hired three full-time employees, initiated the creation of a new video channel for the site and started bringing in money from sponsored content and experiential marketing.

And beyond the ever-growing clicks, Adler and Barth are also working on Spoon’s “IRL” experience.

“We want to connect people through food, and not just online, because food is experiential,” Adler explains. Campus launch parties have been a Spoon community staple since the beginning, and Adler and Barth have also organized panels in food, media and tech. Spoon’s first multi-day conference in New York last summer drew more than 300 students from 90 campuses, attracted numerous sponsors, and featured sessions on everything from cupcake decorating to cookbook publishing.

In the end, it all comes back to college students wondering what to eat.

“Spoon has brought a sense of innovation and creativity into my college diet,” says Elle Wilson, a sophomore at Duke University and co-founder/marketing director of the school’s chapter. “When I used to complain about not having anything in my apartment to eat, I would order a pizza or snack on goldfish until my stomach hurt. Now, I look at food in the same way I look at school—the material is all there, I just need to put it together. So, I usually end up making unexpected cupcakes or omelets that can be eaten out of kitchen mugs.”