Aspiring Chefs Hone Their Tastes with This Incubator Supper Club 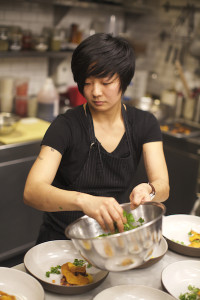 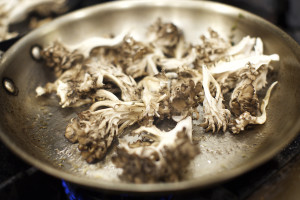 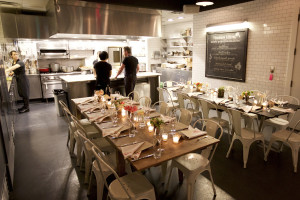 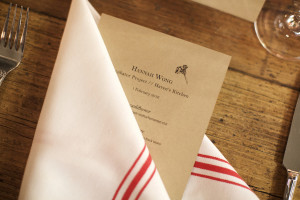 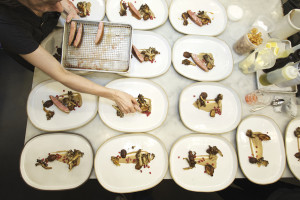 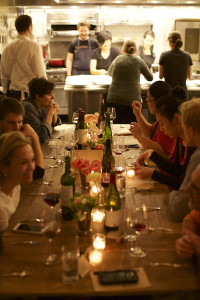 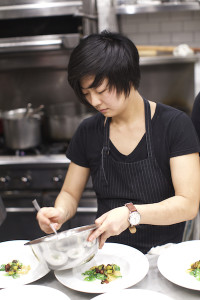 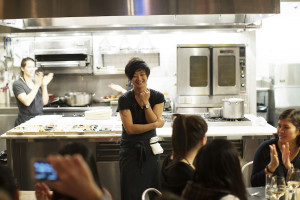 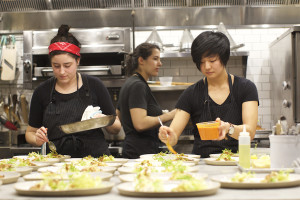 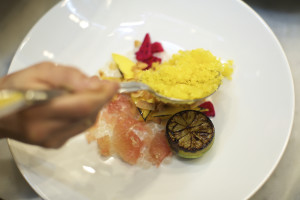 A couple of weeks ago, Gramercy Tavern line cook Hannah Wong was promoted to the position of head chef—for the night, at least. Wong helmed a five-course dinner for more than 20 diners at Haven’s Kitchen in Chelsea as a part of the Incubator Project Supper Club: a series of dinners that offer mid-career cooks a space for practice and experimentation. More than just a venue, Haven’s Kitchen uses this residency program to help cooks develop their creative vision.

Since it opened four years ago, Haven’s Kitchen, a café and classroom, has pursued a mission of food and sustainability education; the incubator project is their latest effort. By giving experienced cooks the opportunity to build a meal from the ground up, Haven’s Kitchen hopes to help empower up-and-comers to run a kitchen of their own.

The staff is highly selective and getting the gig isn’t easy. “In general, most of the people who do the dinner are people that have been recommended to us and present compelling cases for the kind of food they want to do and why they want to do it,” says special events director Sonija Hyon. “We want to see a relationship between how their food expresses their creativity, personality and life story. Food is deeply personal, and this is a sentiment that we always want to return to at Haven’s Kitchen.”

Hannah had served as a sous chef at Haven’s Kitchen for a year before moving on to Gramercy Tavern, but this was the first time she ran the show.

Planning the entire dinner takes about three months. During that time, service director Bryn Clarke and culinary director David Mawhinney coach visiting chefs through the process. “They provide a budget for the chefs to work with and organize the kitchen and service for the evening. They provide support in every step of the execution,” says Hyon.

The staff also assists with everything from menu planning to presentation. “The chef sends a prospective menu to David and Bryn. They discuss the financials and the possibility of execution, meet with the chef, discuss notes and ideas. The days prior to the dinner, we provide space and manpower for prep, execution and service. Bryn recommends wines from Bottlerocket for people to bring. David organizes the kitchen. Bryn organizes service,” Hyon says. “In general, it’s a team effort by everyone here because it’s something that we enjoy doing.”

All of this help is to support the chosen chef’s vision. “The goal with each dinner is to provide a supportive environment where they can execute the best meal possible. Our hope is always that they feel proud of what they’ve served at the end of the evening,” says Hyon.

With one foot in the past and the other stepping toward the future, Hannah and the team from Haven’s Kitchen presented the meal for a lively room of friends and strangers.

She chose dishes that she loves to cook, if only every now and then. For example, the beef tartare for Hannah is “a dish I fall in and out of love with and I’m currently in an in love phase. I think tartare is an awesome dish because there are so many directions you can take it.” In this case, she topped it with fermented black beans and served it with crisps of sweet potato, which she called a natural complement.

Her kabocha squash gnocchi—served with bacon, Brussels sprouts and shredded Parmesan—excited her the most, and with good reason. Regardless of the bacon, the fluffy, rich nuggets were delicious enough to almost make you sad when they were gone.

Dessert was the most personal course of the meal. According to Hannah, it was “an ode to the traveling I did post-college in Southeast Asia. I think that period marked the beginning of the culinary journey I’ve since become immersed in. The dish sort of pays homage to that time, when I was just really starting to figure out who I was, and what I was going to do with my life.” Described as a Southeast Asian fruit salad, the coconut tapioca, charred mango slices, chunks of skinned pomelo and slices of dragonfruit served with a shaving of frozen Mandarin orange granita turned into something more than just the sum of its parts.

Here are a few more shots from the evening:

The menu for Hannah Wong’s dinner at Haven’s Kitchen 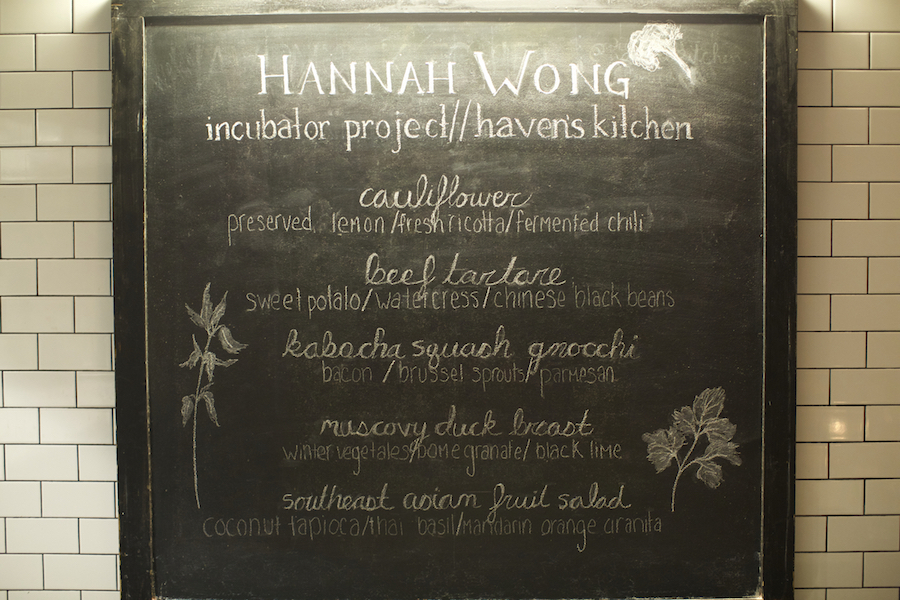 Hannah, right, was assisted by friends and colleagues from Gramercy Tavern. 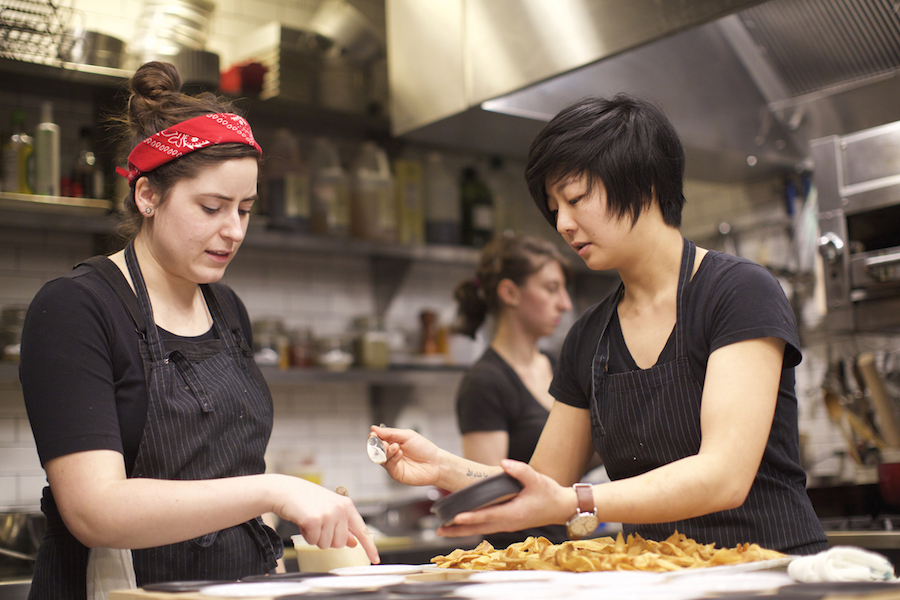 Haven’s Kitchen is BYOB, so service director Bryn Clarke recommended wine pairings from nearby Bottlerocket for guests to bring with them for the meal. 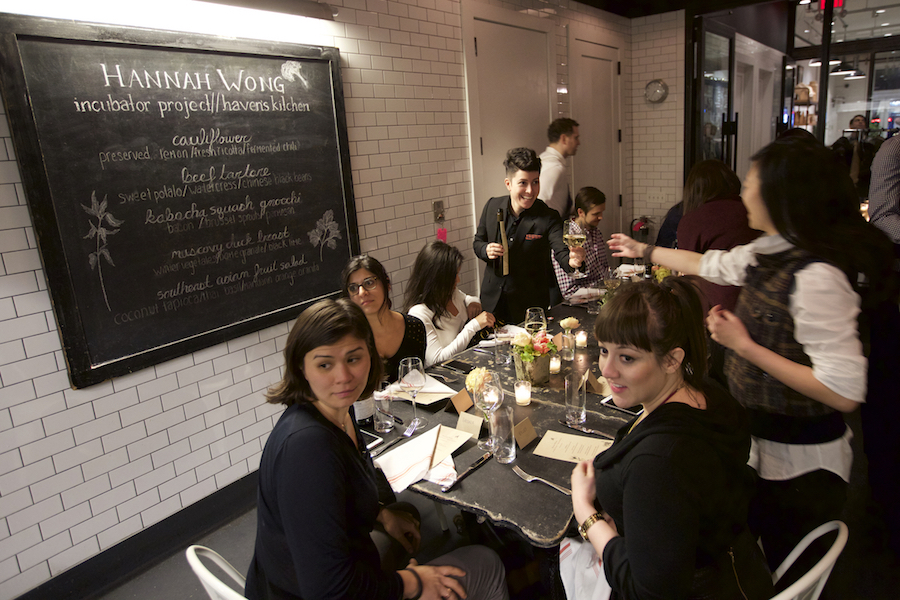 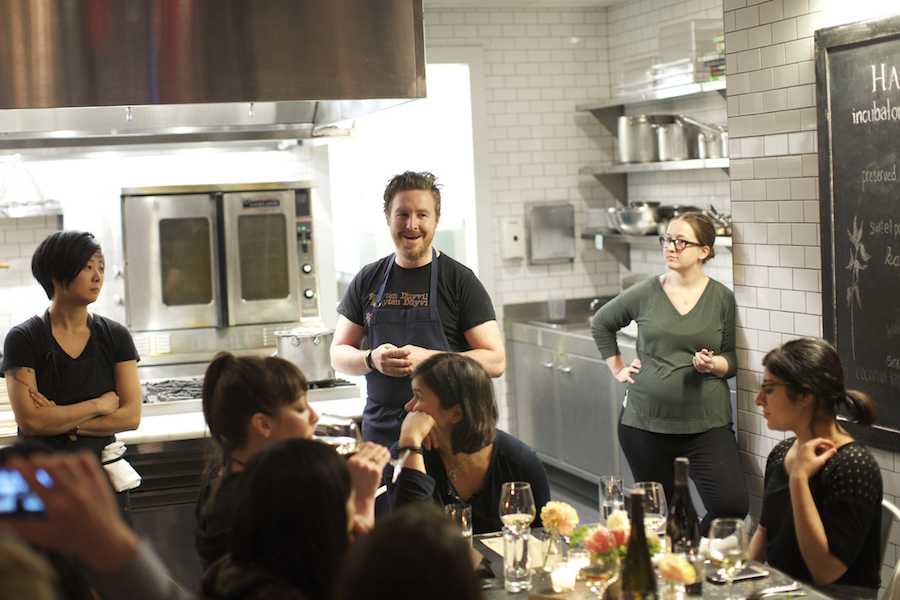 Hannah with her team in the kitchen, preparing the first course. 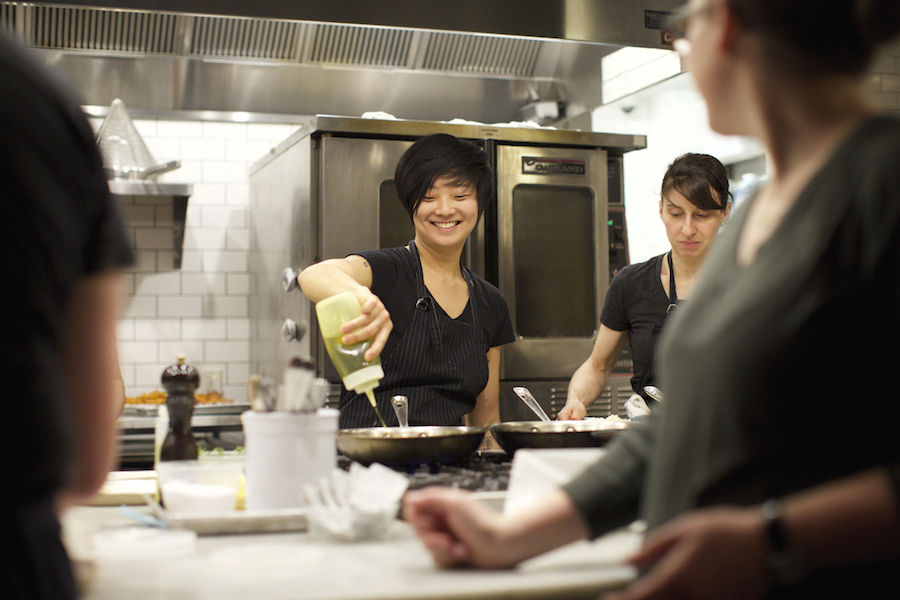 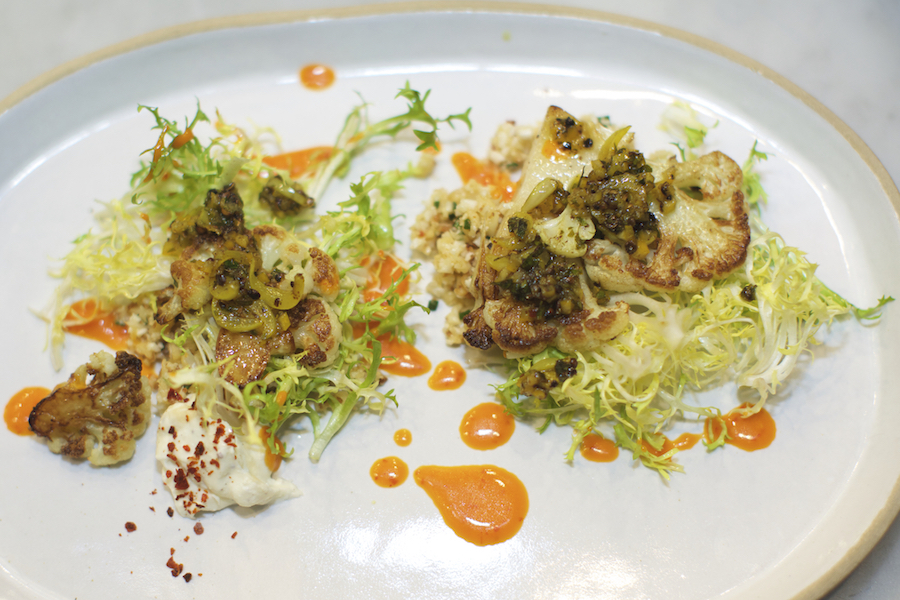 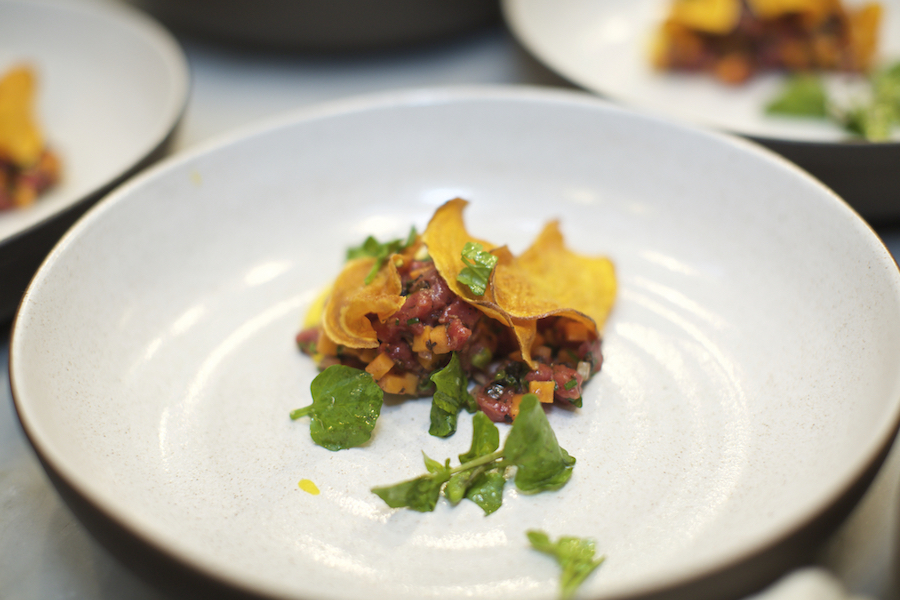 Finishing a dish with shaved Parmesan. 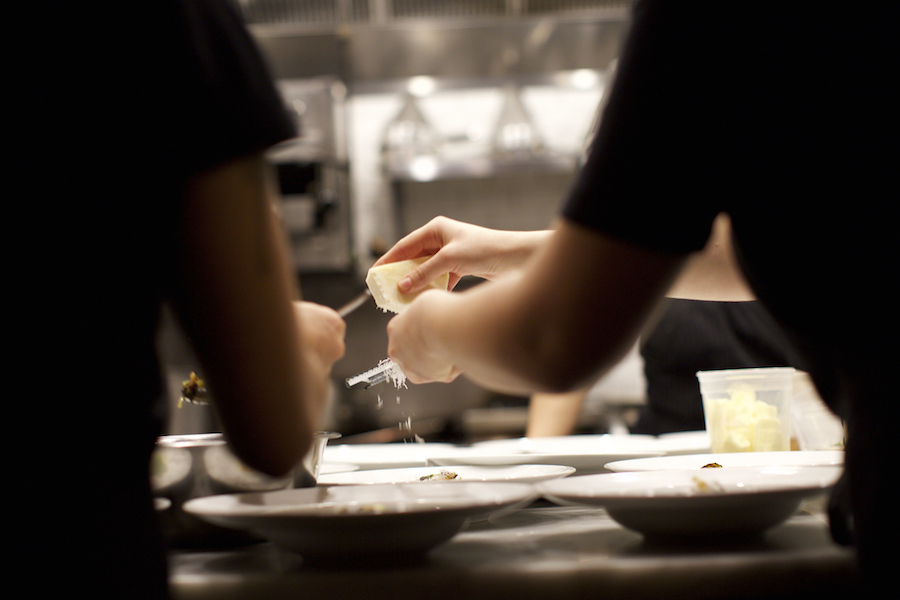 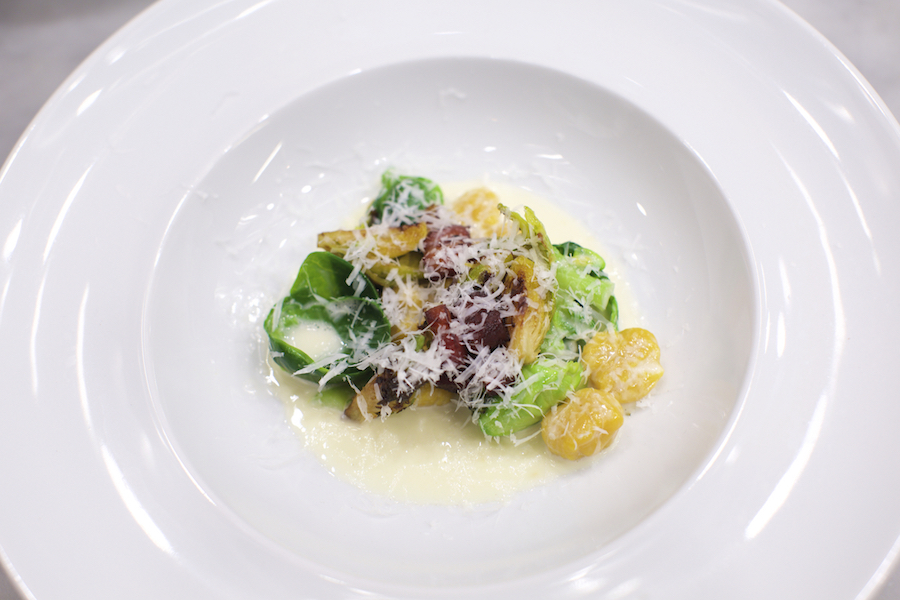 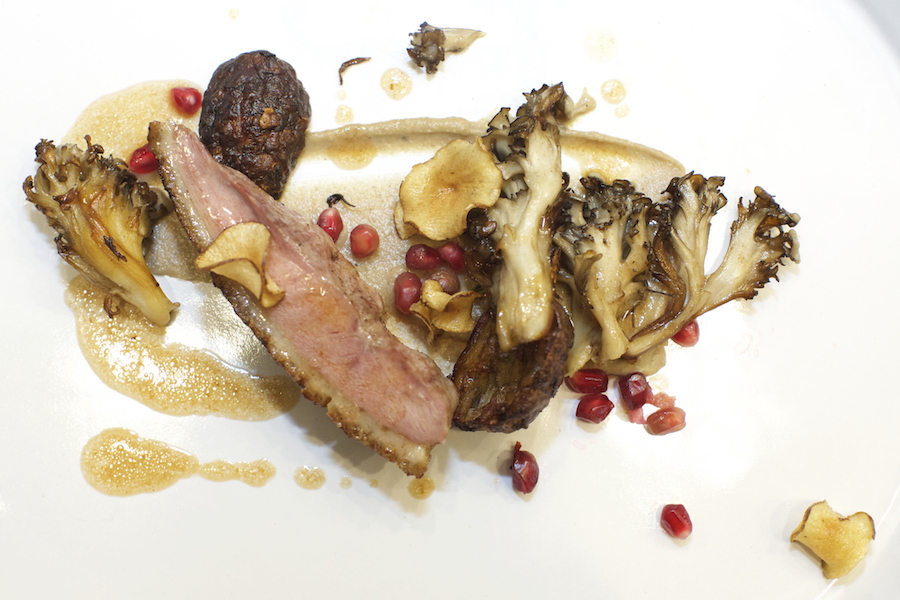 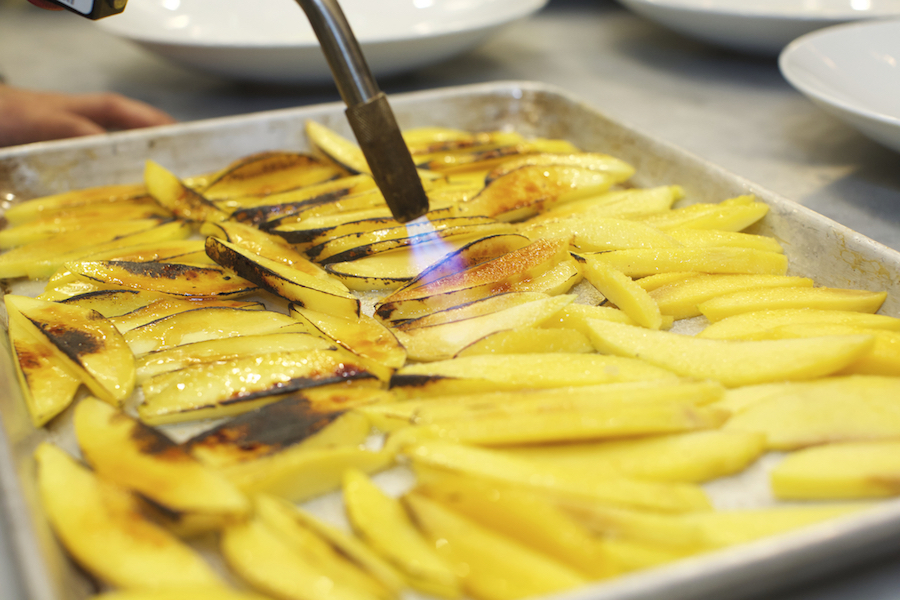 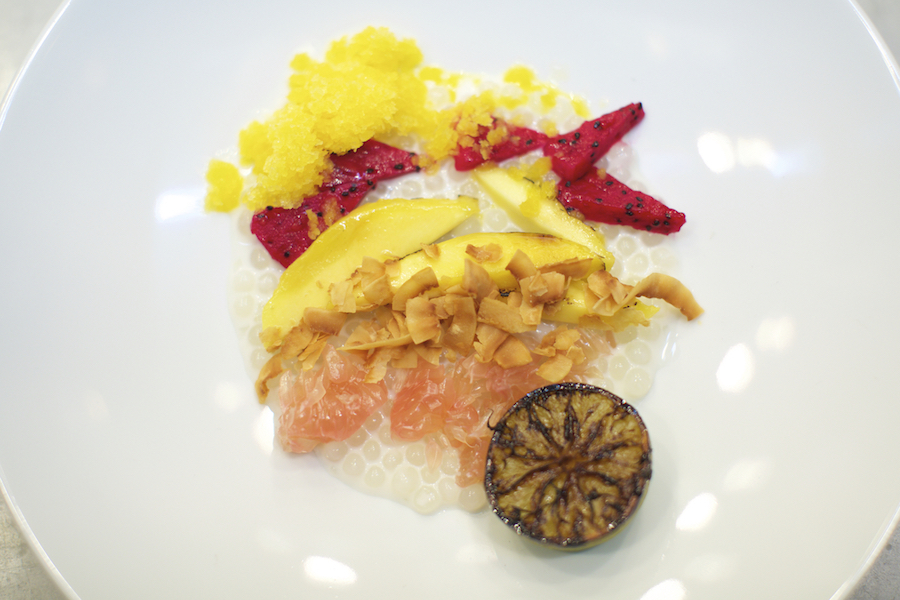