Woodford Reserve 3 Ways, on the Plate and in the Glass

An intimate group of local top-shelf bartenders were recently treated to three courses all made and paired with Woodford Reserve. 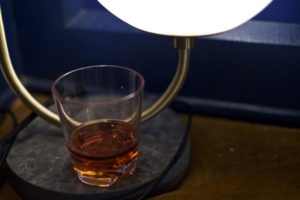 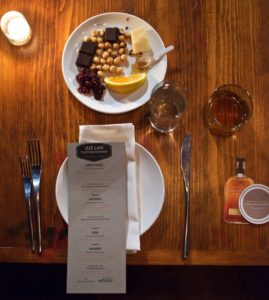 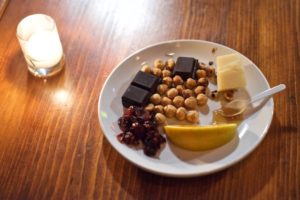 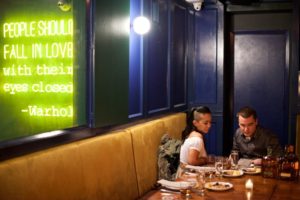 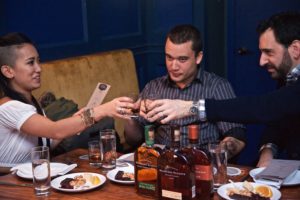 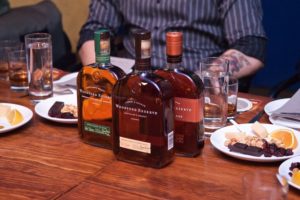 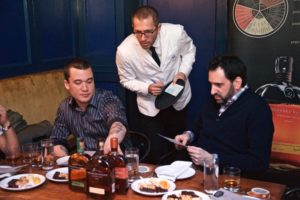 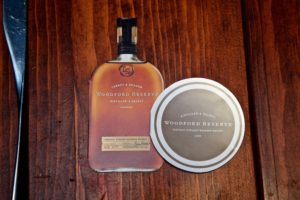 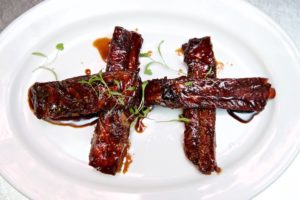 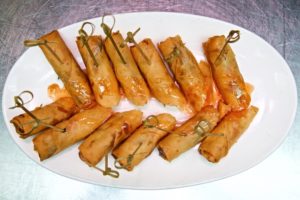 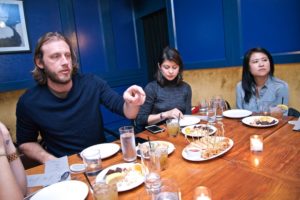 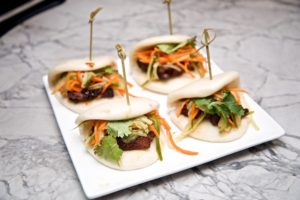 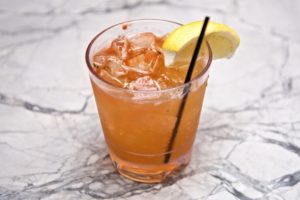 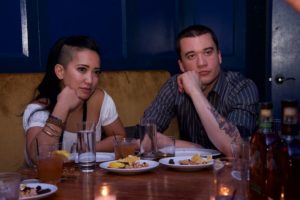 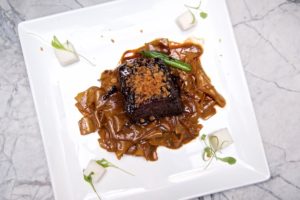 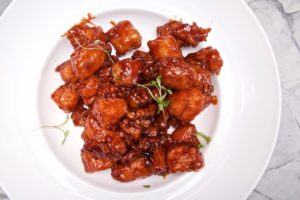 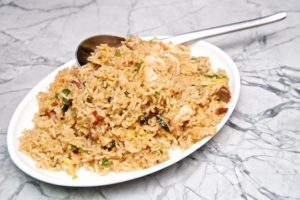 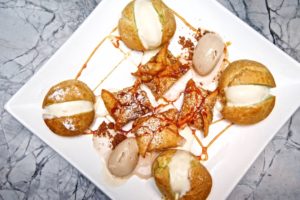 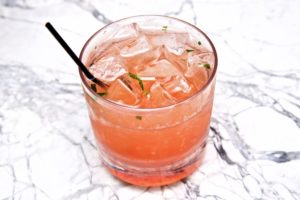 Following up on their October 27 tasting event at Sons of Essex, Woodford Reserve held their second of three such dinners on November 7 at the Jue Lan Club in Flatiron. Like at the previous event, an intimate group of local top-shelf bartenders were treated to three courses, all made with Woodford Reserve as an ingredient, and each paired with its own Woodford-based cocktail.

Before sitting down to dinner, Walter Easterbrook, Woodford Reserve’s NYC brand ambassador and a mainstay of the New York bartending scene, guided the dinner guests through a tour of Woodford’s Flavor Wheel. Woodford Reserve features over 200 different flavor notes, each of which can be emphasized in cocktails by using various mixers, bitters and food pairings. To demonstrate this, the bartenders sampled Woodford’s Distiller Select bourbon, Double Oaked bourbon and Rye whiskeys with hazelnuts, craisins, dark chocolate, sorghum syrup and cheese. It was an exercise of flavor pairing at its most basic level and a pertinent introduction to the dinner ahead. 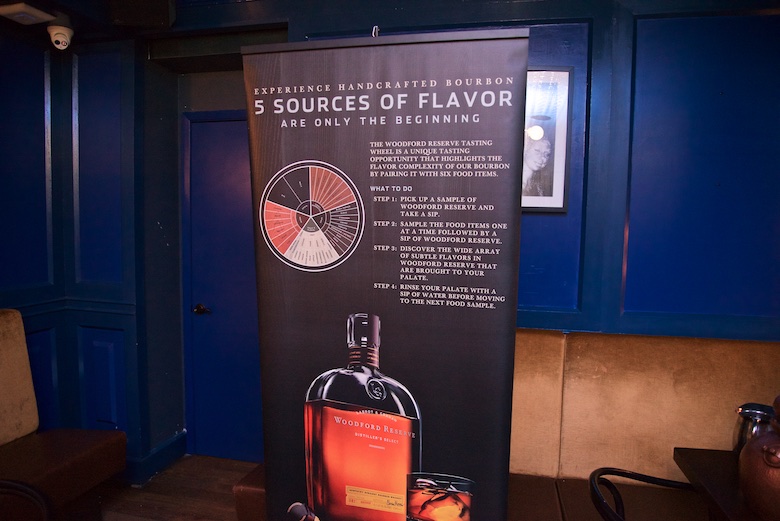 Woodford Reserve features over 200 different flavor notes, each of which can be emphasized in cocktails by using various mixers, bitters and food pairings.

The first dinner course featured three appetizers—pork belly buns, spare ribs with a Woodford-based glaze, and lobster spring rolls—all served family style with “The Madame Adventurist,” a cocktail featuring Distiller Select with fresh basil, honey, lemon and Angostura bitters. According to Easterbrook, the spice profile of the pork buns and the sweet glaze on the ribs of the really brought out both aspects of Distiller Select’s flavor profile.

The entrée, which featured braised short rib with a Double Oaked ginger glaze and sweet and sour Beijing chicken, came with “The Double Secret Probation,” which mixes the Double Oaked bourbon with fresh ginger, mint leaves and Demerara sugar. Like the first course, this pairing also highlighted Woodford’s ability to facilitate the interplay of sweetness and spice, albeit with a fairly different spice profile, highlighting Double Oaked’s honey, cinnamon and nutmeg notes.

Dessert added the “Fruit and Floral” segment of the flavor wheel into the mix, featuring green tea cream puffs with Madagascar vanilla ice cream and roasted pear and Woodford Rye dumplings with caramel sauce and dulce de leche ice cream. The final cocktail pairing, “The Rye Playland” (named for all you Westchester people), combined Woodford Rye with fresh strawberries, fresh basil, lemon and Demerara sugar. Taken together, the Woodford Rye and the dessert courses brought out flavors of green apple, mint and caramel.