How Some Bartenders Are Bringing the Kitchen Behind the Bar

Add a little vermouth and some Angostura bitters, and you’ll see how a Manhattan can transform the richness of a steak. 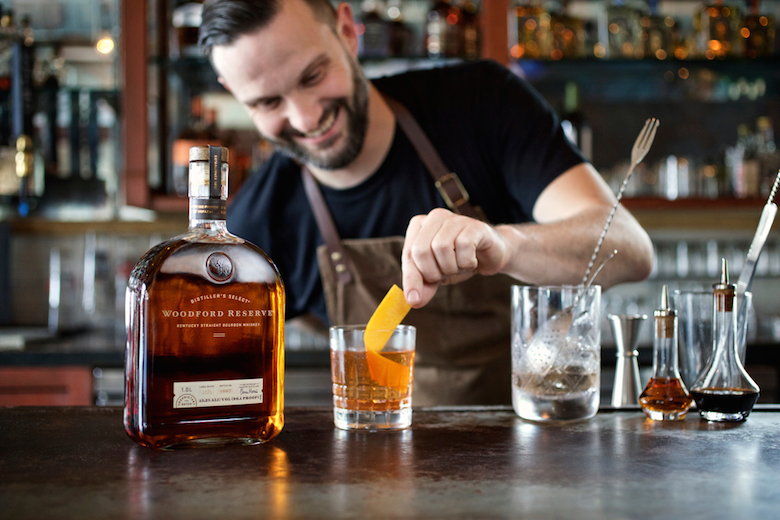 Cocktails become less of a precursor to a meal and more a paired beverage meant to be enjoyed during it. Photo courtesy of Woodford Reserve.

How a bartender approaches a cocktail is very much like a chef approaching a new dish: the main ingredient needs to sing and for that to happen, there need to be complementary ingredients that help it stand out. But as cocktails become less of a precursor to a meal and more a paired beverage meant to be enjoyed during it, bartenders are working alongside their restaurant’s chef and culinary team to make sure drinks complement menus—or contrast them in a way that accentuates through opposition.

That’s at least how Caitlin Ryan approaches her drink menu at Suffolk Arms. “When you think about pairing cocktails with food, it’s important to think about balance, just as when you are designing the cocktail itself; however, the picture becomes bigger and a bit more complex as you are thinking about the balance of a full meal.” Caitlin uses classic drinks, like the Old Fashioned or Manhattan, as a template and goes from there. “Add a little vermouth and some Angostura bitters, and you’ll see how a Manhattan can transform the richness of a steak.”

At The NoMad, bar manager Pietro Collina works alongside the restaurants’ sous chefs to discuss “flavor combinations or ingredients they might be excited about using” each season. Together, the bar and culinary team choose three ingredients, either spirit- or food-based, to create something with structure that “not only lights the ingredients but pushes the boundary of what can be put in cocktails.”

Inspired by New York’s Jewish delis, the team created the Miles Ahead—a cocktail of rye whiskey and the flavors commonly associated with Jewish baked goods: coriander, caraway, honey and nuts. Working with the kitchen helped Pietro and his team reevaluate how they conceptualize a drink. Just as a chef looks to create balance and a story through a dish, The NoMad considers the taste as well as the intention of the drink before it makes it to the menu.

Sometimes, having a culinary background inspires people to move behind the bar, as it did with Christian Orlando of Seamstress. Working the bar brings together what most inspires him: the ability to work with ingredients from around the globe, while still having a one-on-one experience with the guest. He pulls from what seasonal ingredients are being used in the kitchen and incorporates them into his drinks. In the fall, he uses the nutty flavors of sunchokes to make a syrup that accents the caramel and toffee flavors in a Whiskey Sour.

Collaborating with chefs and cooks to develop cocktails creates an exciting opportunity for bartenders to utilize different seasonal ingredients and techniques to create new flavors and textures in their drinks. Logan Ronkainen, owner of Punch & Pie, says, “The way you cook something is just as important as the ingredients and seasoning you use. I employ the same idea for my cocktails.” That’s a perspective we’re excited to see more of in mixology—and if these bartenders are any indication, it seems like we definitely will.